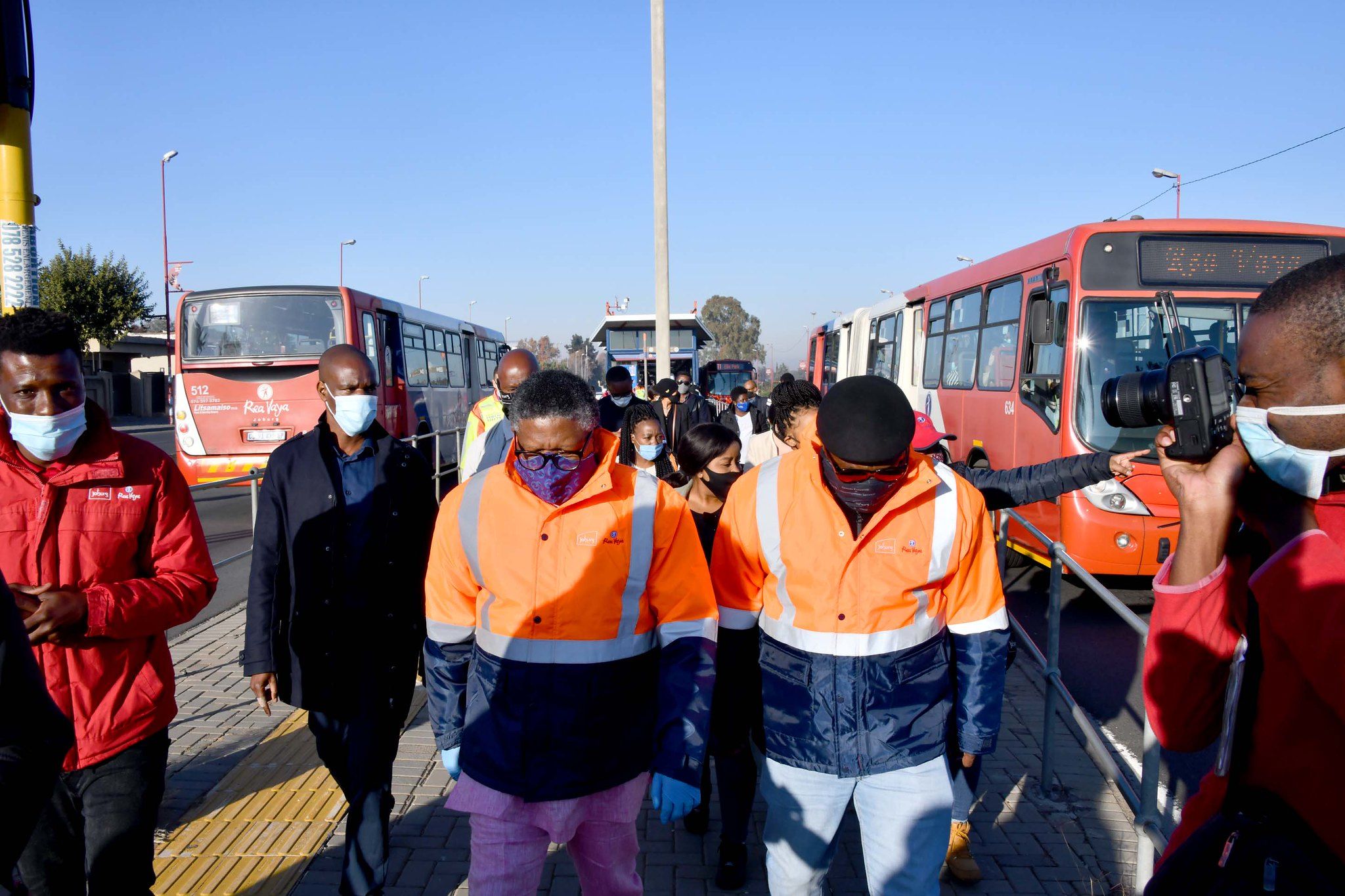 Above: South Africa's economy is expected to shrink 7.0% in 2020 by the SARB. File image © GovernmentZA

The problem for South Africa lies with its significant debt burden that means it cannot borrow and spend its way out of the current economic crisis, "while global events continue to have the major impact on the rand, the domestic currency is unlikely to return to purchasing power parity in the medium to long-term," says Annabel Bishop, Chief Economist at Investec in Johannesburg.

In a note to clients out on July 02, Bishop says the South African economy and its currency will continue to lag this year and in the next few years due to a series of recent credit rating downgrades.

South Africa now has no investment-grade sovereign credit rating from any of the major ratings agencies for the first time since its return to global markets in 1994.

While the country can of course still tap international markets for finance, it can no longer do so at the 'affordable' interest rates it once commanded, which increases the repayment burden and raises the prospect of default.

"South Africa cannot spend its way out of, nor borrow its way out of, the debt trap it is in. The only solution is higher government revenues through improved tax collections, faster economic growth and targeting expenditure on successful growth enhancing economic initiatives," says Bishop.

The Rand had been under a relative degree of pressure heading into 2020, but a substantial sell-off ensued as global markets melted owing the covid-19 pandemic. Foreign exchange markets pushed the Pound-to-Rand exchange rate through the psychologically significant 20.00 area, and to a high of 23.70. 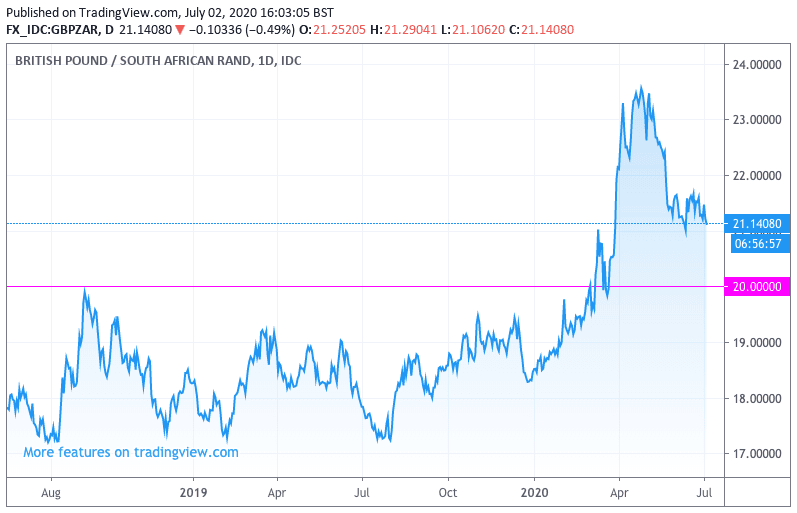 Above: GBP/ZAR shown at daily intervals

The U.S. Dollar-Rand exchange rate meanwhile pushed through a psychological ceiling at 15.50 to breach 19.00.

Despite global equity and commodity markets recovering a substantial portion of the covid crisis losses in the March-July period, the Rand has certainly lagged the recovery and we would expect it to be closing in on pre-crisis levels were it not for the increased premium placed on the currency due to domestic concerns.

Indeed, Bishop says the currency will fail to rise back to 'fair value' levels for a number of years owing to this premium. 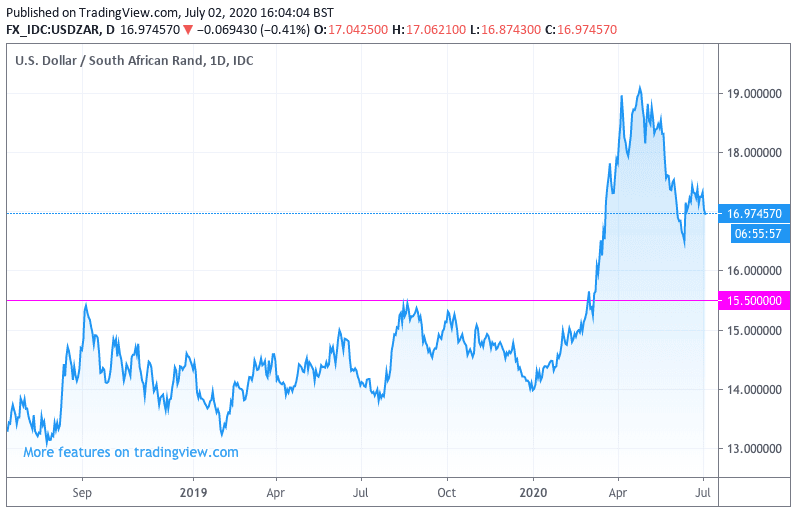 Above: USD/ZAR shown at daily intervals

"Purchasing power parity is currently R11.63/USD, and will depreciate to R12.00/USD in a year’s time, before weakening towards R12.40/USD in mid-2022 and beyond R12.50/USD in 2023, exchange rates South Africa is not likely to achieve on the lack of resolution to its fundamental fiscal weaknesses," says Bishop.

Even ahead of the covid-19 crisis the economy was in trouble; South Africa recorded another successive decline in quarterly Gross Domestic Product (GDP) in the first quarter of 2020, deepening the recession it entered into at the start of the year.

The OECD now forecasts South Africa's economy to shrink 7.5% in 2020 with the South African Reserve Bank pencilling in a 7.0% decline.

With borrowing unlikely to aid South Africa's economy, what will?

"The only route out of South Africa's economic malaise is reform," says Bishop. "Cutting back on wasteful, inefficient and excessive state expenditure is the solution. SA is in a national disaster - it is quite possible the courts could find in favour of the state in its efforts to reduce civil service renumeration by eliminating bonuses, natural wage progression and above inflation increases while the economy is in crisis from Covid-19."