"The unfavourable combination of elevated inflation and recession risk in the UK, and likelihood the BoE will disappoint rate hike expectations supports our view that the pound will continue to underperform more broadly," - MUFG

The Japanese Yen has been the clearest beneficiary of November's Dollar sell-off after notching up gains over all other major currencies but it could rise further up ahead and especially against Sterling, according to analysts at MUFG, who've suggested clients bet against GBP/JPY and look for a fall to 158.

The Yen rose sharply against all counterparts in the G10 contingent of major currencies after official figures suggested that U.S. inflation moderated in October but analysts at Japan's largest lender MUFG say this was merely the beginning of a longer-lived recovery.

October's ebb has led to widespread speculation about a possible peak for U.S. inflation pressures and has been instrumental in reining in U.S. government bond yields that had driven the Japanese Yen to double-digit percentage losses against many currencies over much of the year so far.

"We are more confident now that yields outside of Japan have peaked alongside inflation pressures. The peaking out of yields is already helping to reverse the sharp JPY weakening trend that has been in place this year," says Derek Halpenny, head of research, global markets and international securities at MUFG.

"Even after recent strong gains, we believe there is scope for the JPY to rebound further as it remains deeply undervalued," he adds. 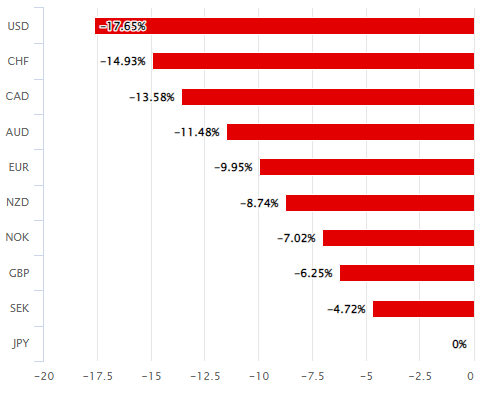 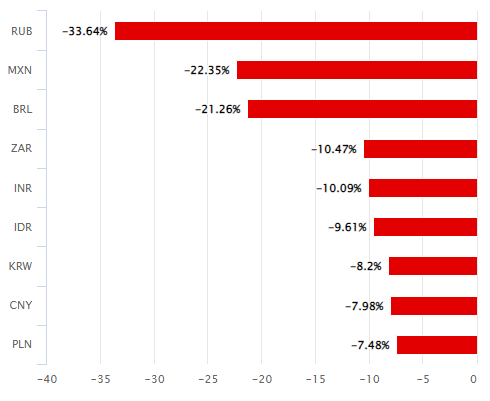 Whether or not the inflation tide is turning is likely to determine how much further the Federal Reserve (Fed) lifts its interest rate and could be an important influence on appetite for the U.S. Dollar, Japanese Yen and other currencies.

While the inflation outlook remains uncertain, MUFG is betting that its peak will help to drive a further recovery for the Yen, which is tipped to rise against Sterling as a slow motion UK economic car crash plays out in the background.

"The government’s plans for further fiscal tightening in the week ahead will add to downside risks for the UK economy, and dampen the need for the BoE to hike rates as much as markets currently expect," they added in reference to this Thursday's budget statement from HM Treasury.

Thursday's policy statement from HM Treasury is widely expected to see broad cuts to spending and sweeping increases in tax rates announced as part of the government's ambition to generate a budget surplus over the coming years. 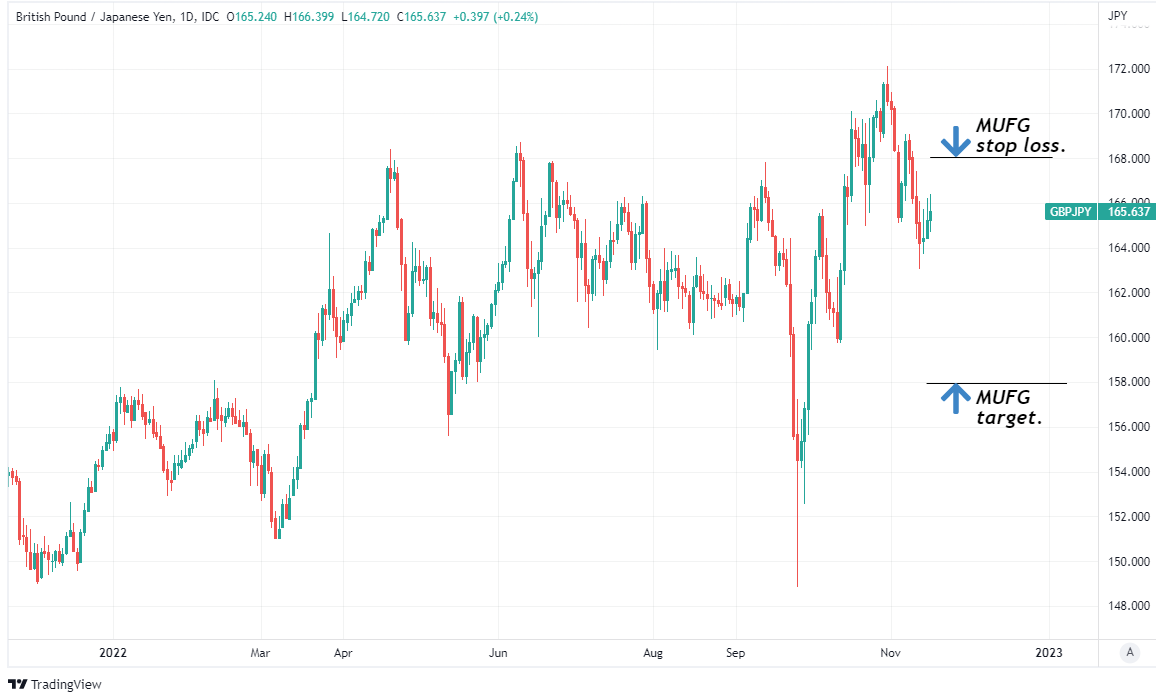 Above: GBP/JPY shown at daily intervals.

While these measures might help put the public finances onto a more sustainable footing they will also come as a direct loss to GDP, which is best thought of as something like the sum total of all spending within 'the economy.'

Any GDP loss created by HM Treasury fiscal policy will add to headwinds coming from rising interest rates and energy prices, which have risen fourfold since October 2021 and are eating into household incomes that would otherwise support spending elsewhere in the economy.

This is all a part of why the MUFG team has recommended selling the Pound to Yen exchange rate around the 164 level and targeting a fall to 158 over the weeks and months ahead, which would almost eliminate GBP/JPY's more-than 6% increase for the year so far.

"The government’s Autumn Statement released tomorrow will provide further clarity over how the government intends to make the energy price relief less generous from April onwards which has the potential to result in inflation remaining at higher levels for longer next year," Halpenny says.

"The unfavourable combination of elevated inflation and recession risk in the UK, and likelihood the BoE will disappoint rate hike expectations supports our view that the pound will continue to underperform more broadly," he adds.