"We see risk of GBP/JPY moving above the 170.00 level in the short term, though we expect that these levels could be difficult to sustain, and forecast that GBP/JPY is likely to be lower on a 3 month view," - Rabobank.

The Japanese Yen was an underperformer among major currencies ahead of the weekend and the in the process helped to keep GBP/JPY buoyant near six year highs reached earlier in October, although some forecasters suggest that Sterling will unable to sustain itself near current levels for long.

Most Japanese Yen exchange rates were lower on Friday after the Bank of Japan (BoJ) appeared to suggest that there remains little chance of a change in its stimulatory monetary policy any time soon owing to doubts over whether recent increases in local inflation rates will be sustained.

The BoJ lifted its forecasts for inflation on Friday but still projected that it would sit below the 2% target by the time the curtain closes on 2024.

"The BOJ maintained its baseline scenario that the strong inflationary pressure at present is unsustainable, as it is chiefly being driven by cost-push factors," says Naohiko Baba, chief Japan economist at Goldman Sachs.

"That said, we pay attention to the fact that the BOJ also meaningfully revised up its core CPI inflation outlook even for FY2024 to +1.6%," Baba and colleagues said in a Friday review of the BoJ's latest forecasts. 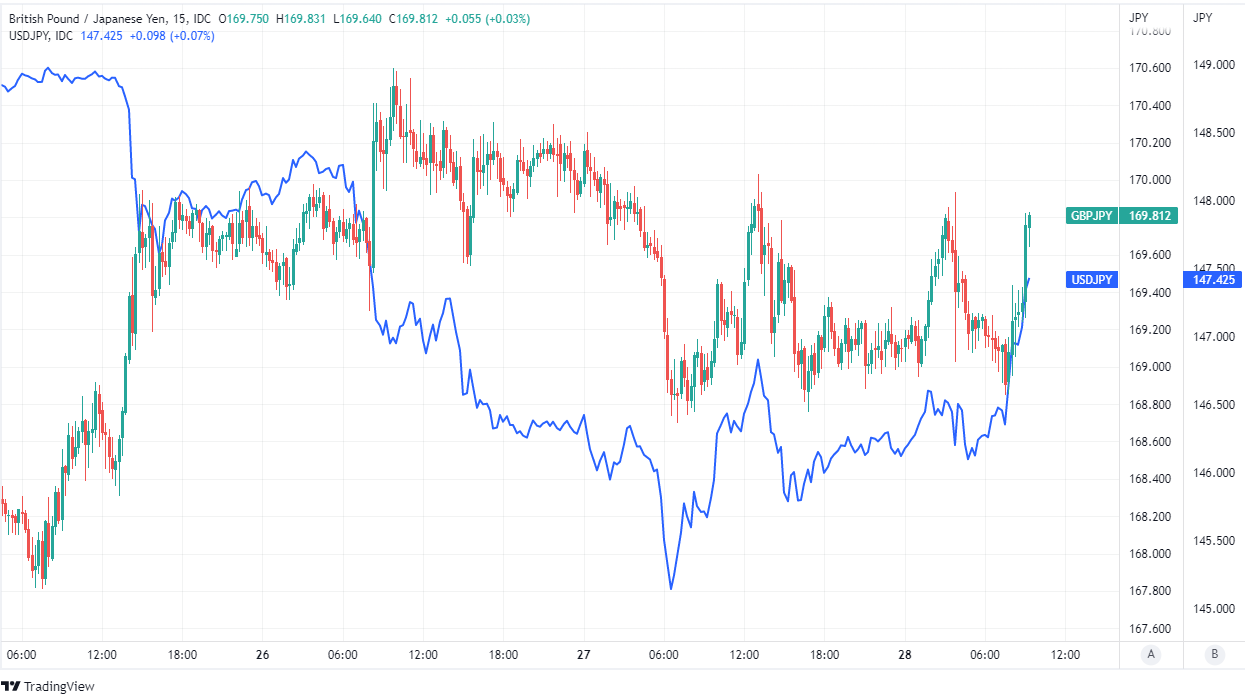 Governor Haruhiko Kuroda was reported to have emphasised on Friday that further monetary and fiscal stimulus remains necessary if the inflation target is to be delivered sustainable over the medium-term.

This was after the BoJ left its main interest rate unchanged at -0.1% and maintained its target for the 10-year government bond yield at 0% with an upper limit of 0.25% in an October decision that leaves its monetary policy continuing to stand in contrast to those of many other central banks.

"In practice and given our strong dollar view, we doubt Japanese authorities can prevent USD/JPY from retesting 150 later this year – and it could go even higher were the recent benign conditions in energy markets to take a turn for the worse," Turner said on Friday.

A continuing absence of domestic wage growth is a key reason for the ongoing loose monetary policy that is widely viewed as playing a role in driving the Japanese Yen lower against all currencies this year including to its weakest level against the U.S. Dollar since 1990.

Rising interest rates elsewhere in the world have placed the global bond market under pressure this year but the BoJ has maintained a commitment to buy whatever amounts of Japanese bonds are necessary in order to keep their yields below the upper limits imposed as part of its monetary policy. 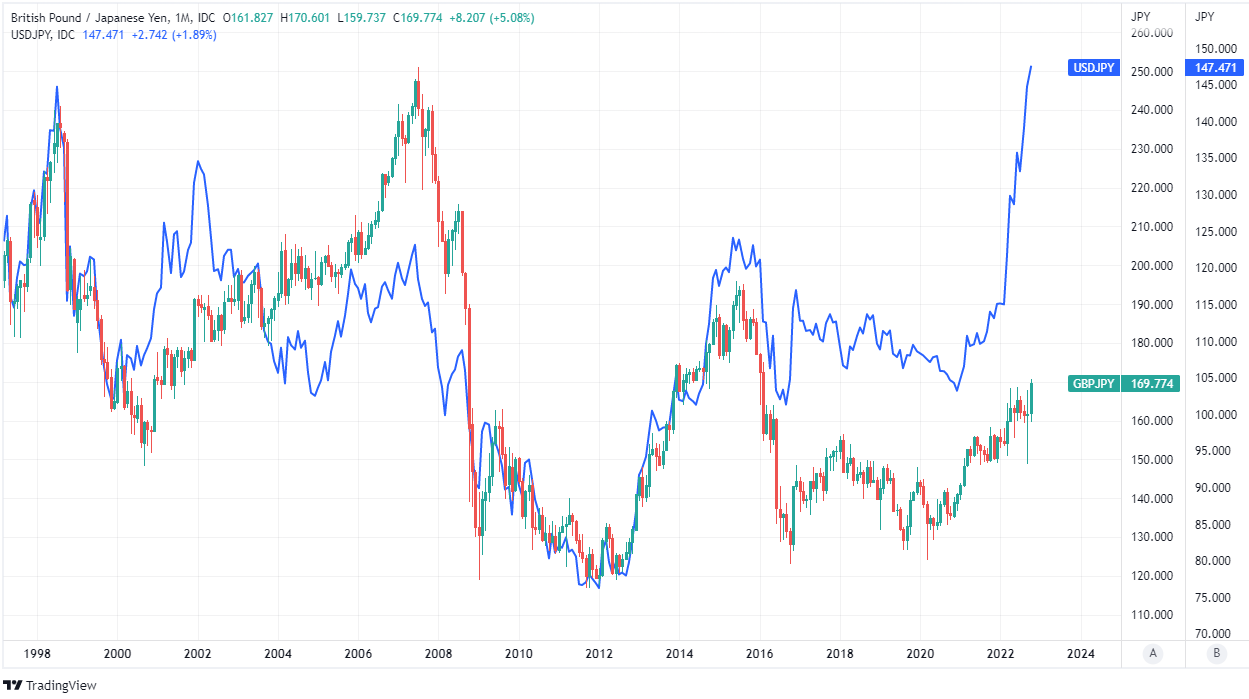 BoJ policy is intended to promote an economic recovery that would lead inflation to be sustained around the 2% target but in the context of rising interest rates elsewhere it has come at an increasing cost to the Yen in 2022.

"The outlook for the JPY is essentially a mix of two drivers. On one hand the BoJ’s accommodative monetary policy settings are undermining the JPY in an environment in which most other central banks are hiking interest rates," says Jane Foley, head of FX strategy at Rabobank.

"On the other hand FX intervention from the MoF is designed to make speculators think twice about shorting the JPY. We see risk of GBP/JPY moving above the 170.00 level in the short term, though we expect that these levels could be difficult to sustain, and forecast that GBP/JPY is likely to be lower on a 3 month view," Foley wrote in an October review of the outlook for the Yen.

The Yen had fallen by a double-digit percentage against half of the G10 basket for 2022 by Friday and by more than 20% against the Dollar.

These steep losses have recently precipitated two instances of suspected intervention in the market by the Ministry of Finance and Bank of Japan, which hold some of the world's largest currency reserves, each time leading to large rallies in Japanese exchange rates and a broad sell-off in the U.S. Dollar.