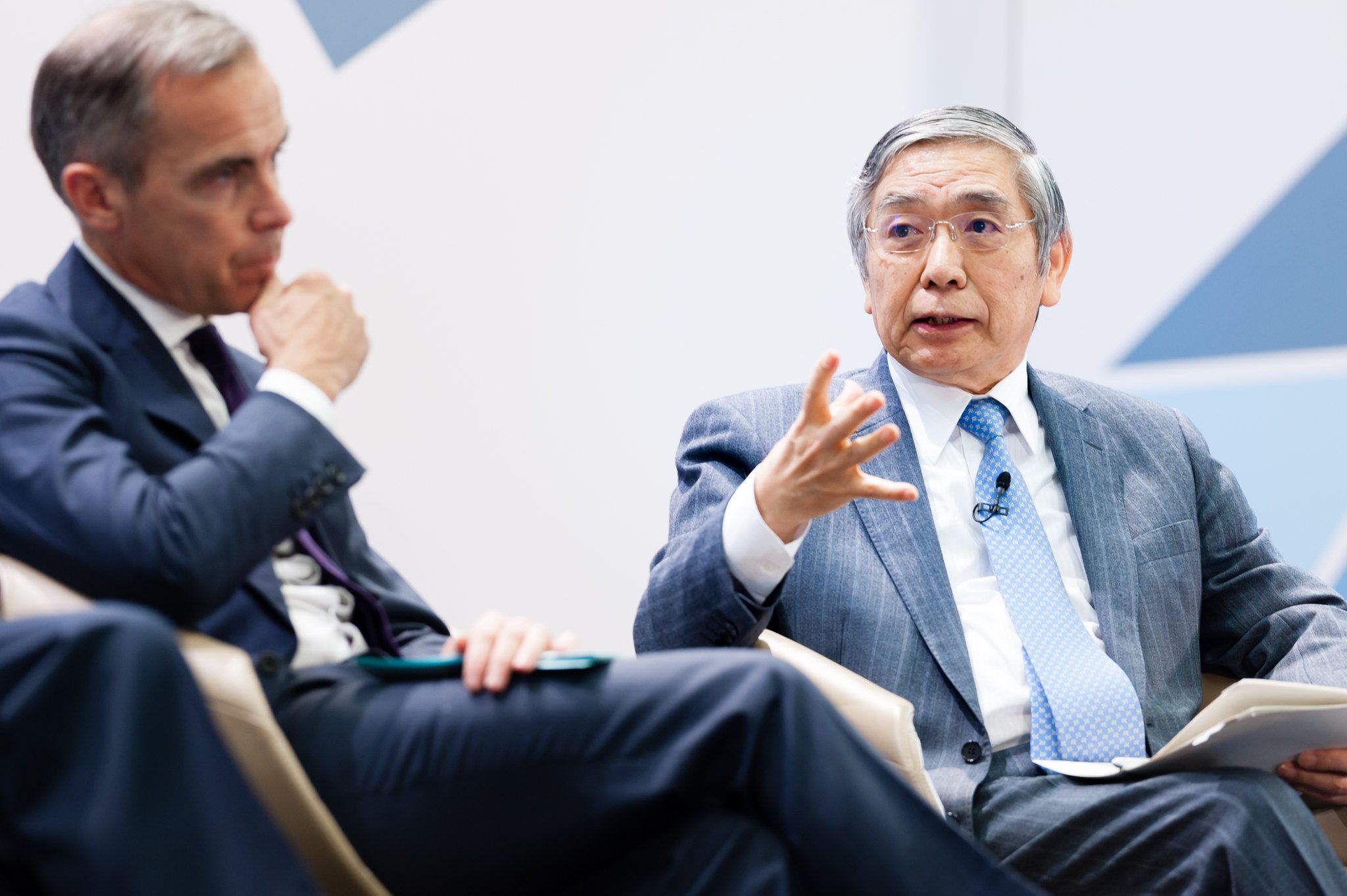 The Yen is the worst-performing major currency of the month, and the trend of depreciation is likely to extend after the Bank of Japan offered little by way of support to the currency at their October 31 policy meeting.

The BoJ signalled that, if anything, the next move on interest rates might be another cut, a message that chimed with a market that has been steadily raising expectations for such a move in the future.

Fritz Louw, Currency Analyst at MUFG Bank Ltd. says the immediate impact of today's developments at the BoJ will likely be limited, as "we are still only talking about minor adjustments in policy - 10bps in the deposit rate perhaps."

"The BoJ is also likely to be reactionary rather than proactive and would move to halt yen appreciation – so we’d expect to see USD/JPY a lot closer to 100.00 before the BoJ took further steps," says Louw.

The central bank's stance might certainly help explain some of the currency's ongoing underperformance as the past month has seen the market gradually price in the prospect of yet looser monetary conditions in Japan courtesy of their central bank: 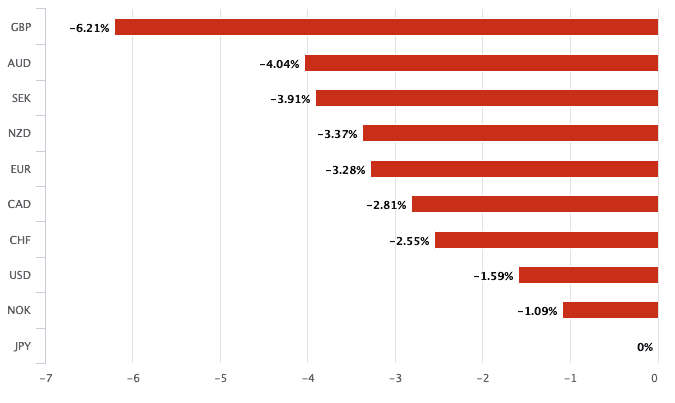 Above: The Yen has fallen against all the major currencies over the course of the past month. Image copyright Pound Sterling Live. Data: Morningstar.

It is cheap to borrow in Yen, it is therefore little wonder that Japanese investors and institutions are borrowing at ultra-low rates to invest in foreign investments seeking out higher returns.

An improvement in global investor sentiment over recent weeks has only exacerbated this selling of Yen to fund overseas investments.

The BoJ's Monetary Policy Meeting decided to keep the policy balance rate at -0.1%, and the 10-year yield target at "around zero".

In the policy statement, the BoJ altered their forward guidance to emphasise growing chances of a future rate cut.

Previously the BoJ stated the current low levels of interest rates are likely to stay unchanged "at least through spring 2020", they now note that short- and long-term interest rates are expected to remain at their present of lower levels as long as it is necessary:

"Short- and long-term interest rates to remain at their present or lower levels as long as it is necessary to pay close attention to the possibility that the momentum toward achieving the price stability target will be lost”.

In a statement to the press, Governor Haruhiko Kuroda said that there is room to lower negative rates further.

"The new guidance leaves the door open to the rate cut expected by markets at the December meeting, though Mr. Kuroda mentioned in the press conference that the Bank didn’t discuss any specific easing measures at the meeting," says Freya Beamish, Chief Asia Economist at Pantheon Macroeconomics Ltd.

Pantheon Macroeconomics say they think that the BoJ is underestimating the extent of the global slowdown, and also the extent to which that slowdown will damage domestic demand, after a series of temporary boosts this year.

"Overall, the door is open to a rate cut with more favourable tiering in December, but this won’t happen unless markets expect it, as it is merely an appeasement move. The reverse “Operation Twist” seems likely to remain informal, but the BoJ will continue working to prevent flattening. To reiterate, the driving force of policy is to lessen the burden of prolonged easing on the financial sector, so there won’t be any outright easing moves," says Beamish.