- After that possibility it may start rising again

The Pound-to-Yen exchange rate is trading at around 132.58 at the start of the new week, after falling 1.07% in the week before. Studies of the charts suggest the pair will probably fall to the 50% retracement level of the previous rally initially before probably resuming its newfound uptrend. 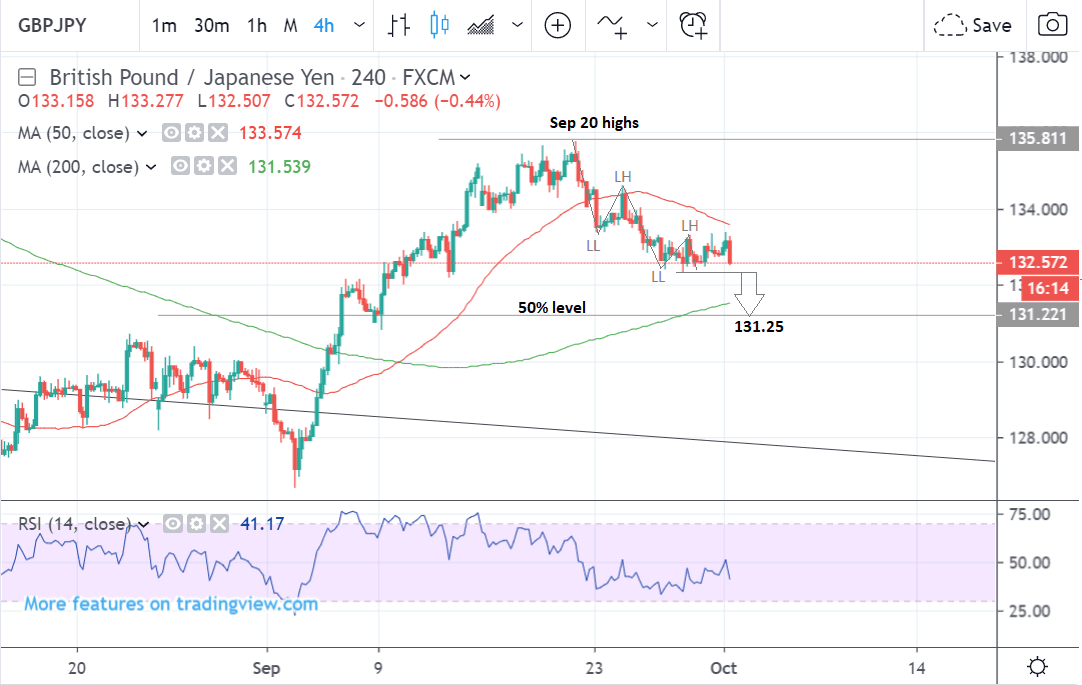 The 4 hour chart - used to determine the short-term outlook, which includes the coming week or next 5 days - shows the pair correcting back after peaking at the September 20 highs.

The exchange rate’s previously rising peaks and troughs have started falling and the pair has completed two sets of 'lower lows' and 'lower highs' which is one of the prerequisites for signaling the start of a new trend lower.

There is a strong possibility the pair will continue this decline to perhaps 131.25 where support will kick in at the 50% retracement level of the previous rally. This has special supportive qualities that are likely to prevent deeper declines.

The daily chart shows the pair correcting back as already described above. 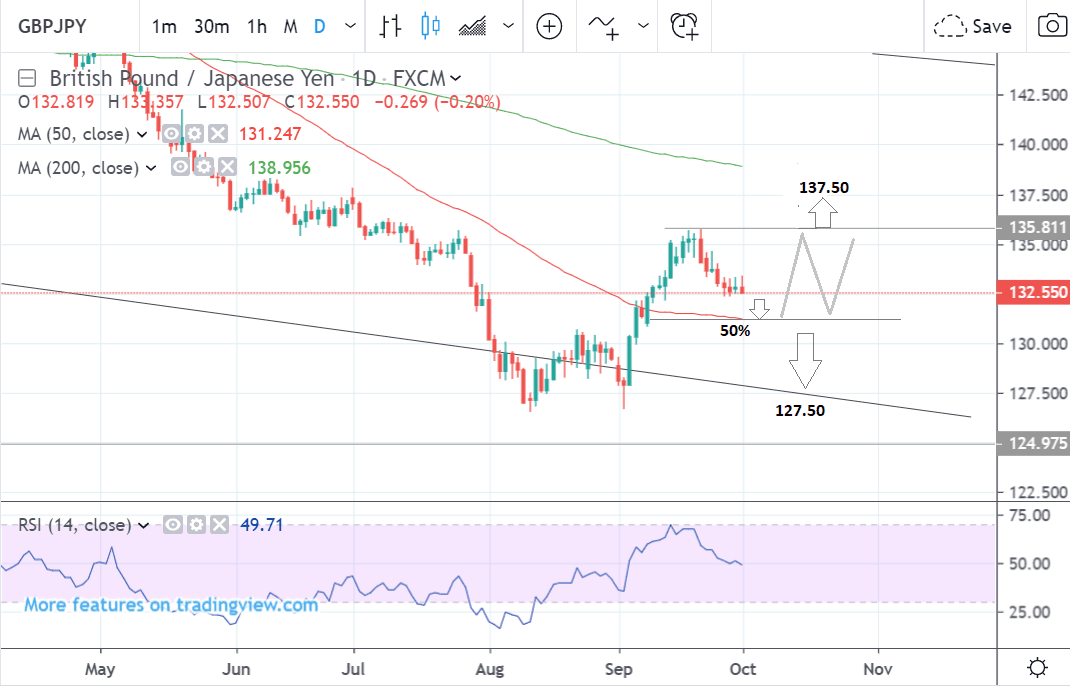 The 50-day moving average (MA) is shown at the same level as the 50% retracement and the two together enhance each other as levels of support.

Large MAs such as the 50-day often act as a barrier to prices whatever the direction of the trend.

There are various possible scenarios as to what might happen next.

The base case is that the exchange rate bounces off the support shelf at the 50% retracement and starts rising, possibly entering a sideways trend thereafter.

Otherwise, a clear break above the September 20 highs might see the exchange rate rise up to a target at 137.50.

Alternatively, a pull-back lower could see the exchange rate continue to trade in a range.

The weekly chart shows the pair pulling back after the initial steep recovery off of the lower trendline of a potential falling wedge pattern. 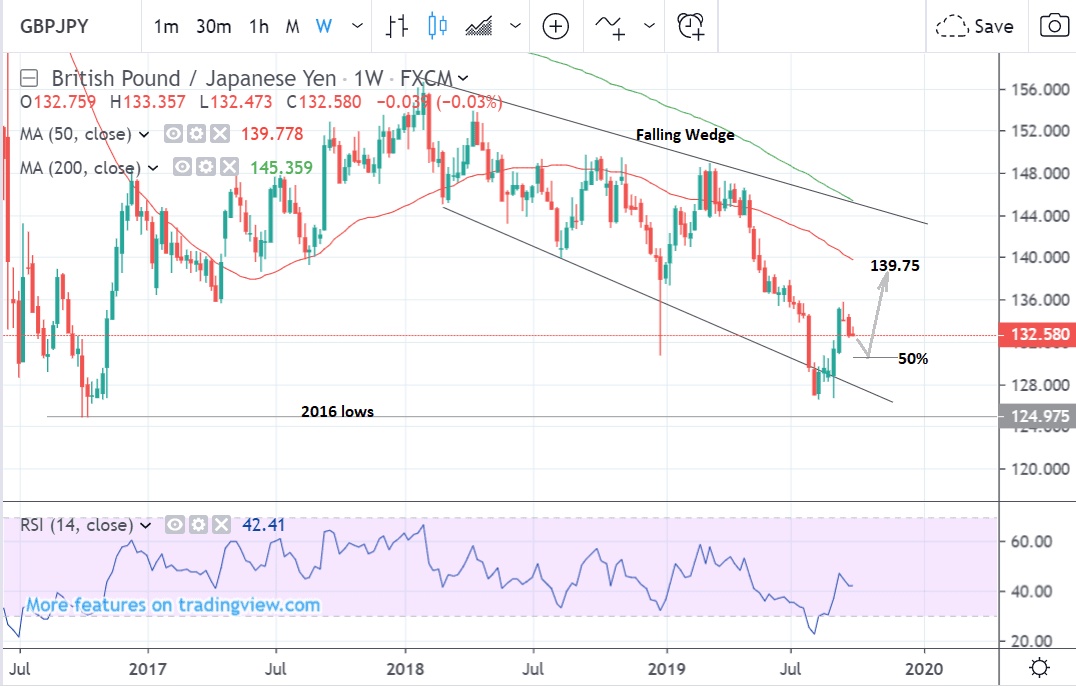 Last week’s bearish ‘gravestone doji’ candlestick was followed by a long bearish red candlestick which has provided confirmation of more downside and this reinforces the view the pair may fall to support at the midpoint of the previous rally, at 131.20.

The Yen is trading marginally higher versus the majors at the time of writing as risk sentiment sours.

The Yen acts like a safe-haven currency which means it rises when sentiment is negative and falls when it is positive.

Continued global trade fears caused by the strained relationship between the U.S. and China are thought to be behind the rising Yen.

The news a student took a ‘live round’ to the chest during demonstrations in Hong Kong may be a further factor as it risks further strain relations between Beijing and western trade counterparts.

Looking ahead, the release of U.S. Non-Farm Payrolls data on Friday, which is probably the most important release for the U.S. economy, could impact the Yen if it differs wildly from expectations.

If the data shows payrolls rose more-than-expected in September the Yen could weaken as risk appetite returns and vice versa if the figures are lower.

Current market expectations are for the data to show 145k new jobs added in September.

On the domestic front the release of the Tankan manufacturing survey revealed growth at a 6-year low despite Large Manufacturing beating estimates in Q3, nevertheless, the data did not seem to impact the Yen at the time of release.

“Sentiment among Japan's large manufacturers fell to its lowest level in more than six years,” said the Financial Times. “Japan has been hit by slowing global economic growth and the broader effects of the US-China trade war that has hit supply chains in Asia.”