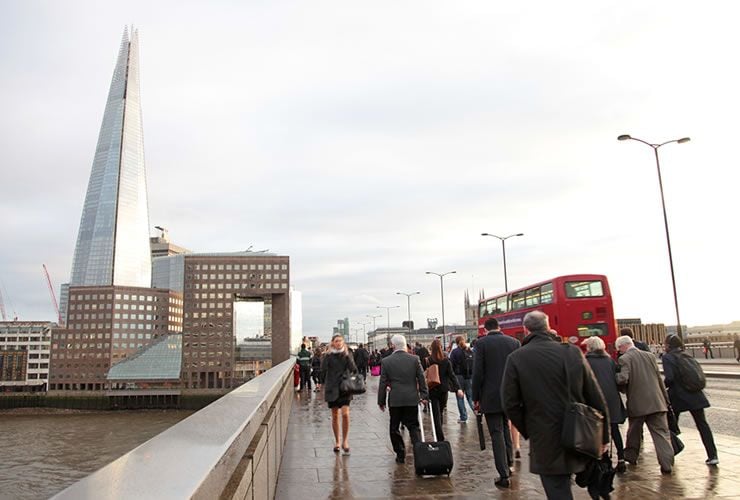 Pound Sterling continues to struggle through the mid-week session despite the latest labour market statistics from the ONS confirming the UK is now runing at full employment.

The Pound retraced some impressive gains  as the ONS reports both employment is up and wages are up.

The Average Earnings Index (with bonuses included) rose 2.8% in November, ahead of the 2.6% forecast.

The Claimant Count actually fell by 10.1K, markets were forecasting a rise of 5K.

"The UK has once more shown itself to be incredibly resilient during a period of great uncertainty, with an incredibly encouraging jobs report showing a 14-month high in average earnings and claimants falling by the fastest rate in 10-months. Following yesterday’s strong UK CPI showing, it is clear that the UK economy is performing enviably and should this trend continue, it will raise the pressure on the BoE to roll back some of their easy monetary policy," says Joshua Mahony at IG in London.

Not every one was impressed by the data though.

Paul Hollingsworth at Capital Economics says the latest data suggest that while the UK labour market has lost some of its shine, it remains resilient despite Brexit uncertainty.

"Admittedly, employment fell by 9,000 in the three months to November. But this was a much smaller fall than the consensus expectation of a 35,000 drop," says Hollingsworth.

Analyst Phillip Shaw at Investec notes that the UK is now running at full employment.

"We think that the labour market is running at around full capacity, limiting the ability of firms to keep hiring at the same pace without running into skills shortages and/or needing to jack up wages," says Shaw. "A good news story here is that even though jobs growth has flattened off, the economy remains robust (we reckon GDP grew by around ½% in Q4 last year), suggesting that long-elusive productivity growth might be picking up."

This suggests UK inflation will start rising because of wage rises and not just the price impact of a weaker Pound.

Such inflation is typically remedied by rising interest rates at the Bank of England which in turn proves supportive to the Pound.

Inflation numbers released on Tuesday were seen to be stronger than anaysts had expected and this boosted Sterling ahead of Theresa May's important speech which lit a fire underneath the Pound.

We have an economy that is firing on all cylinders, yet the currency is at multi-year lows - at levels that would suggest recession.

It is therefore grossly undervalued, but because of the uncertainties associated with Brexit it is likely to stay undervalued for a long time yet.