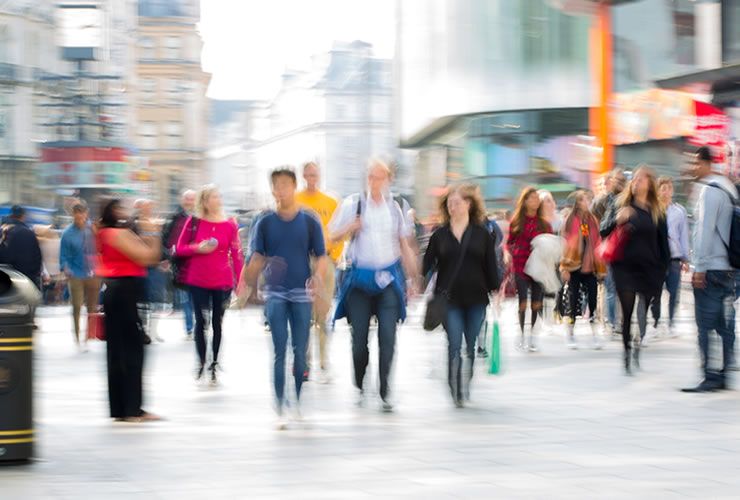 The UK economy is headed for recession say a number of analysts, something that will ensure the headline GBP to USD exchange rate remains under pressure for some time.

The GBP/USD exchange rate gapped lower on the open to Monday trade as traders return to their desks.

Gapping has predictive powers in that it usually occurs at the start of a trend. No guesses as to the direction this trend is likely to take!

In short, not enough political developments occured over the weekend to convince traders that the Brexit-inspired turmoil seen since Thursday the 23rd would soon come to an end.

"Technically, GBPUSD’s pace of drop is likely to slow but there are no indicators to pinpoint where the bottom will be when declines finally abate. We view 1.30 to be a firm support and could trigger a modest bounce," says a client breif from Hong Leong Bank Berhad.

With the UK in something of a political vacuum it is unsurprising that investors, despite soothing words from the UK Chancellor, continue to prefer to play Sterling from the short side.

After a brief relief rally in GBP we have seen fresh GBP lows versus the USD.

"We warned ahead of the event that Sterling could depreciate by around 15-20% on an out vote," says Jeremy Stretch, analyst with CIBC Markets.

That would suggest seeing GBP-USD trading back towards 1.20-1.2750 on CIBC's worst case basis forecsats.

In order to facilitate such negativity that would likely require the UK political infighting to extend.

This comes as the opposition Labour party are in meltdown while the governing Conservatives decide who will contest the leadership vacancy.

PM Cameron stated last week that he wants a new Conservative leader in place by October.

Bank of America's Ralf Preusser believes the UK is headed for recession as a result of the increased uncertainty businesses now face, noting:

"Prolonged uncertainty could lead investors - including residential investors - to postpone decisions. We think a recession in the UK will ensue, which cuts our calendar year 2017 GDP growth forecast to 0.2% from 2.3%, even with the Bank of England (BoE) stimulating."

A country is termed to be in recession when it experiences two successive quarters of negtive growth.

Barclays have confirmed they see GDP growth falling to -0.1% in the third and fourth quarters of 2016.

Credit Suisse are in agreement:

“While the actual path to exit is not yet clear, there are nonetheless profound
implications for the UK. We expect a recession in the second half of the year
and policy easing from the Bank of England. The domestic political turbulence
may complicate the process of actually leaving the EU,” says Ric Deverell, Research Analyst at Credit Suisse.

This is because lower rates attract lower capital inflows as investors direct their money elsewhere.

“The increased risk of recession in the UK and looser BoE policy in the year ahead justify a weaker pound. Capital inflows into the UK will also be dampened making it more challenging to the finance the UK’s elevated current account deficit requiring a weaker pound,” says Lee Hardman, Currency Analyst at Bank of Tokyo Mitsubishi.

Pound Appears to Stabilise, But Beware the Falling Knife

We saw the GBP bounce from its Brexit-shock lows as a swathe of buyers jumped into the market to buy a discounted currency.

For instance, on Friday the 24th, foreign exchange brokers UKForex saw a 400% increase in customers making currency transfers while HiFX saw a 500% increase as clients flocked to buy sterling at an exceptionally cheap rate.

There will certainly be a temptation for speculators to buy into the market in anticipation of the bounce extending.

"There are at least three reasons why the exchange rate has not fallen further," says analyst John Higgins at Capital Economics.

The first, according to Higgins, is the rapid shift in the rhetoric of pro-Remain policymakers – “Project Fear” has been by replaced “Project Reassure”.

The second is the recognition that not much is likely to change in the short run in terms of the UK’s relationship with the EU – a lengthy period of negotiation lies ahead.

And the third has to do with expectations for monetary policy – "while investors have wasted no time in discounting more easing in the UK and less tightening in the US, there has not been that much change in the spread between expected interest rates in the two countries," says Higgins.

The outlook for the pound is understandably negative with in light of forecasts for a UK recession.

Those looking to buy into any recovery bounces should be aware that such moves are likely to be short-lived.

Bank of America are wary of trying to capitalise on any bounce in the pound noting:

"GBP has fallen sharply across the board following the vote to Leave with losses concentrated versus USD, JPY and CHF. The move has been particularly strong given the recent rise in optimism that the Remain vote would prevail, thus propelling GBP higher.

"Further GBP losses are likely over the near-term and a move towards 1.30 in GBP/USD cannot be ruled out. We would, however note that sharp sell-offs in GBP have historically proved short-lived. For now, this may not be the time to ‘catch a falling knife’."

Credit Suisse also believe that there is further downside ahead.

“While we acknowledge the risk of a technical bounce back, we think the repricing in many markets has further to run,” says Credit Suisse's Deverell.

The dollar rally is forecast to continue, with the GBP to USD conversion moving into the 1.20s.

“The only note of caution is the possibility of central bank intervention – possibly in a coordinated fashion,” says Deverell.

Bank of Tokyo’s Lee Hardman is also seeing a GBP into USD conversion in the 1.20s.

“We expect cable to fall into the mid-1.2000’s in the second half of this year before rebounding modestly back above the 1.3000- level in 2017 as heightened uncertainty gradually eases.”

The pound is already significantly weak according to Bank of Tokyo’s long-term valuation models which should help to dampen further downside unless there is a run on the pound.