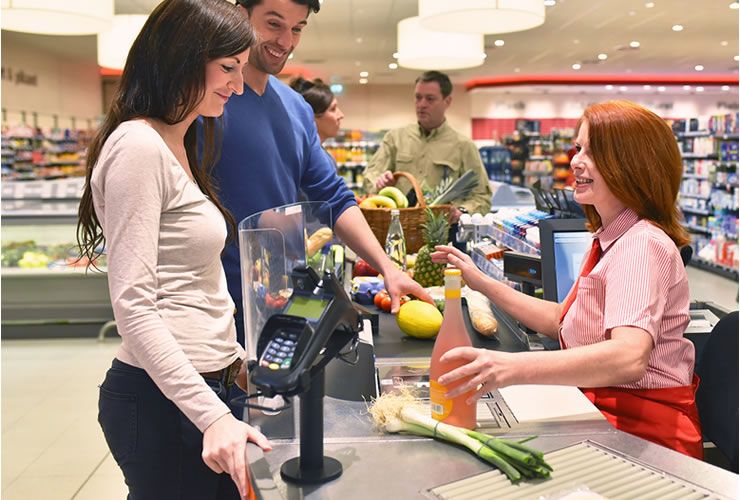 The GBP/USD exchange rate has relinquished its four day advantage, even as front-line US data disappoints market expectations.

The U.S. dollar was in fine form in mid-week trade, bringing an end to the poor run we have seen over the course of April.

In fact, if the US dollar basket - a measure of how the dollar is faring against most of its major competitors - can close at current levels it will be the largest daily advance since the 26th of February.

The British pound to dollar exchange rate (GBP-USD) fell back having enjoyed four consecutive sessions of gains, being unable to resist the gust of dollar buying.

And what makes the move all the more interesting is that the gains come despite some dismal retail sales data that came in below expectation. Consumer spending remains a core component of the US economy, so all eyes were on these latest sales figures from Main Street.

“US retail sales seem to be flat-lining as this is the third month in a row that we’ve seen sub-zero growth in the data. Consumer spending, the biggest driver of US economic growth, is still far from robust and remains unpredictable,” says Nawaz Ali, UK Currency Strategist at Western Union Business Solutions (UK) Ltd.

No doubt, the data does not aid the cause of those who would wish for higher interest rates to be announced by the US Federal Reserve - a key assumption that has underwritten the dollar’s multi-year rally.

“Last year, economists heralded the resilience of US consumers as a rare bright spot against a backdrop of turbulent financial markets and weakening global demand, so they will be discouraged by this below expectations performance,” says Dennis de Jong at UFX.com.

de Jong reckons these lingering doubts over retail’s strength may force the Fed to give second thought to the rumoured interest rate hike, “which some had speculated could come sooner rather than later.”

Why is the Dollar Stronger?

With the poor data casting a shadow why then is has the dollar advanced?

It seems buoyant stock markets are playing their role; interestingly of late the dollar has benefited when markets are rising.

“The dollar drew comfort from diminished worry about global growth as data showed the first rise in Chinese exports in nine months,” notes Western Union’s Ali, “oil parted with some of its big gain from the day before which caused commodity units from Australia and Canada to ease below nine-month peaks.”

If US retail sales were not able to dampen enthusiasm for the Greenback, then perhaps inflation data will.

We have noted that this is arguably the biggest data release of the week for the dollar as it is likely to have the greatest impact on the Fed’s thinking.

“If tomorrow’s US consumer price inflation data also misses expectations, the Federal Reserve is unlikely to raise interest rates anytime soon, which should lead to a weaker US dollar for longer,” says Ali.

The analyst notes that it’s this unwinding of the US interest rate hike expectations that is helping to keep Sterling above the psychologically important $1.4000 trading level for almost six weeks now, despite the uncertainly around the referendum.