The pound sterling jumped to two-week peaks against the dollar after the Bank of England didn’t prove as dovish an event as many had expected.

“And the bank’s accompanying minutes, which no longer take weeks to get published, didn’t sound the alarm over risks to British and global growth from China’s slowing economy,” notes Joe Manimbo, analyst with Western Union.

The pound to dollar exchange rate (GBP/USD) is seen trading just below the key resistance level at 1.540.

As the below shows us, this exchange rate point has provided much market interest since June. 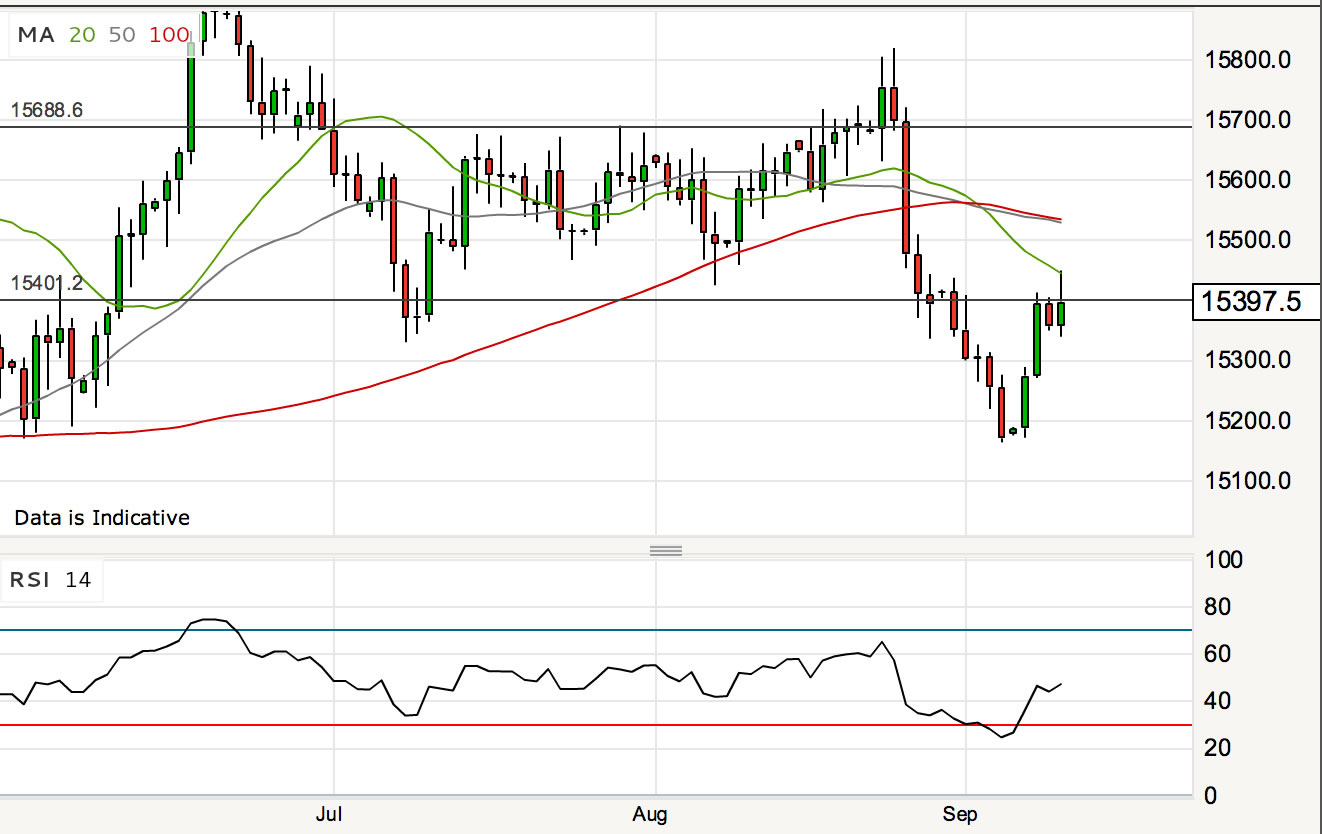 It is clearly a level that halts declines and thwarts rallies and we would expect more of the same at this juncture.

“Gains for the pound could quickly unravel if the recent streak of lackluster U.K. data should persist,” confirms Manimbo.

“However we think that the 61.8% Fibonacci retracement at 1.5087 is on target. We remain bearish on the pair.

“In the longer term, the technical structure looks like a recovery bottom whose maximum upside potential is given by the strong resistance at 1.6189 (Fibo 61% entrancement).”

Giving her opinion on the GBPUSD outlook is Karen Jones at Commerzbank who is bearish longer-term:

Fresh research in from Bank of America Merrill Lynch confirms the dollar is overvalued.

However, their equilibrium models suggest further gains are likely regardless.

In a note to clients Myria Kyriacou at BofA Merrill Lynch says:

“USD overvaluation - large at 15% - is understandable given market expectations of Fed tightening and in fact should probably be bigger.

“We expect USD has scope to strengthen further.

“Conversely EUR is arguably not undervalued enough. EUR is close to equilibrium, as is EUR/USD; a surprising result given monetary policy divergence which we expect will continue to be a powerful driver, and underpins our call for EUR/USD to move towards parity by the end of 2015.”

Meanwhile, the euro steadied with wavering risk sentiment keeping both its upside and downside in check. The euro tends to drift higher when the market mood darkens and stocks fall. A skittish market backdrop boosts the euro as it tends to spark an evacuation out of risky plays and back into lower yielding ones like the euro, home to a rock-bottom rate a speck above zero.