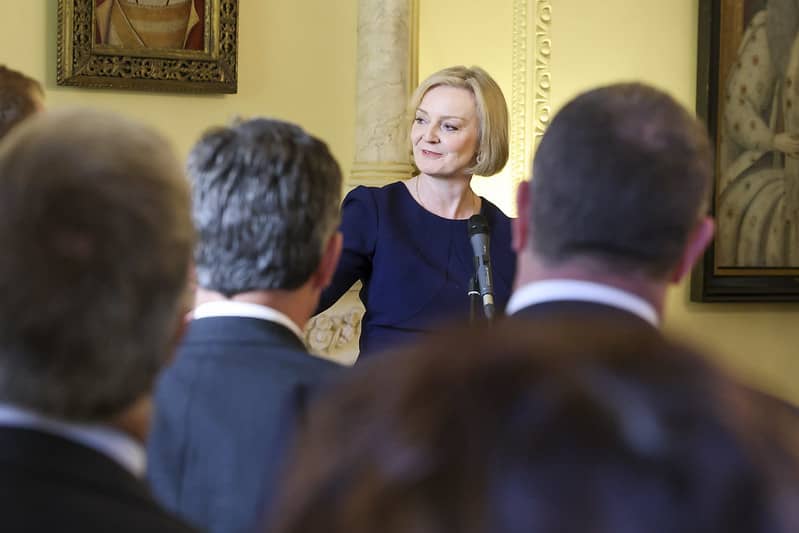 Above: File image of Liz Truss. Picture by Rory Arnold / No 10 Downing Street.

Foreign exchange analysts at BMO Capital say the near-term outlook for the Pound has improved considerably and further gains are possible if the UK leadership is changed in the next two weeks.

Such change is highly likely, they say.

As a result, the lows for the Pound to Dollar exchange rate (GBP/USD) could now have passed.

Hunt reversed all the tax cuts of his predecessor as he committed fully to restoring market confidence in the UK government and finances, which was met by a fall in UK gilt yields and a rally in the Pound.

The u-turn was inevitable as global markets baulked at the largesse of new Prime Minister Liz Truss' fiscal plans that proposed significant tax cuts that would be funded by borrowing.

These promises came with no clear independent forecasts to offer markets guidance, forcing a huge premium on UK assets, including the Pound.

But, analysts at BMO Capital say the UK's leadership must be sacrificed if further gains are to come; indeed, they argue a change in leadership is as important to the Pound's outlook as the required changes in policy.

The call comes amidst ongoing speculation as to the sustainability of Prime Minister Liz Truss' premiership now that her entire economic agenda has been toppled.

BMO Capital Markets is currently expecting a full change in the UK's leadership to "occur within 1-2 weeks, though there may be considerable volatility in gilts and in the GBP until that change occurs".

For the Pound, replacing Truss would be positive.

"We are expecting a moderate rally in cable when this change occurs," says Stephen Gallo, Head of European FX Strategy at BMO Capital Markets.

"We have been flagging the potential for a move into the 1.15-1.17 range in GBPUSD within 1-2 weeks, followed by a retracement on the GBP's negative flows dynamic," says Gallo.

However, BMO Capital's confidence in the aforementioned levels and ranges will be shaped by the coming winter, credit market developments, and the evolving risks around additional idiosyncratic UK shocks.

"We think a rally into the 1.15-1.17 range within 1M on a leadership change will be brief, however. In addition to the flows dynamic, the net position of leveraged funds does not appear to be excessively short of GBPUSD," says Gallo. 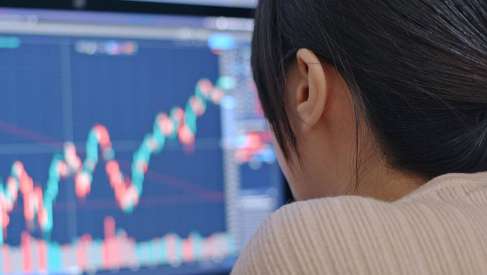