Following a significant decline in the Pound to Dollar exchange rate on Monday, investors are questioning where the selloff can end. Bilal Hafeez at Macro Hive consults the ultimate GBP/USD chart for clues.

Interest rates have surged, and the pound has plunged.

The pound has now fallen 8% this month, on a nominal basis, GBP/USD has fallen to its lowest level since 1985.

But could it go lower?

When looking at currencies over longer time periods, we need to make adjustments for inflation, so we look at so-called real exchange rates. 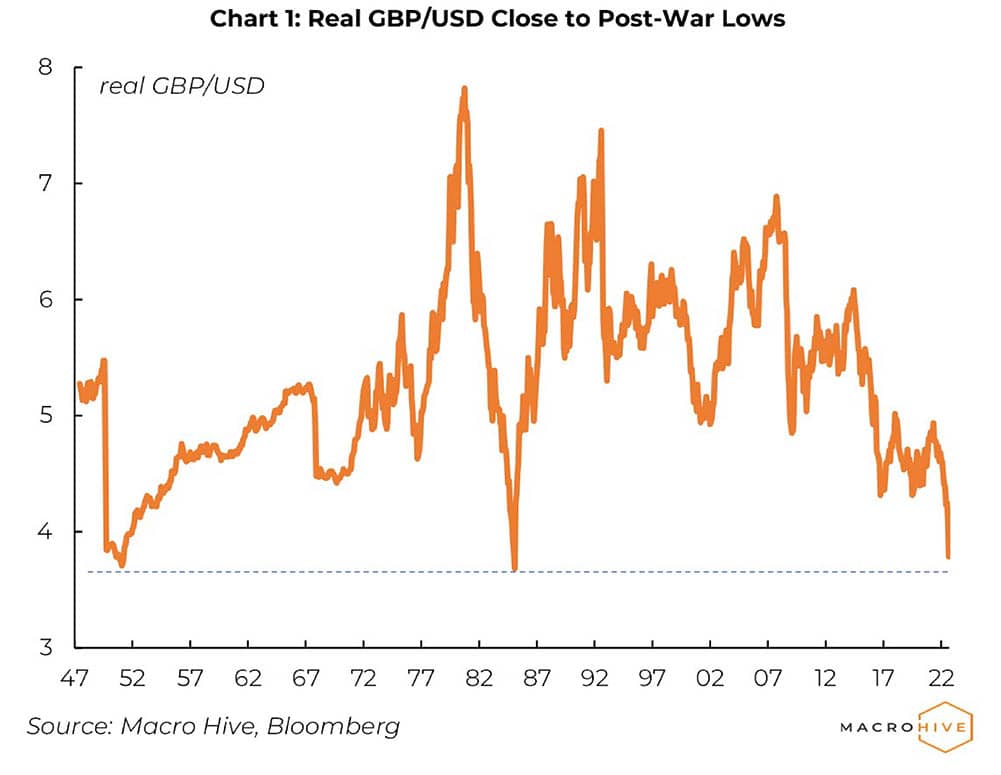 This would suggest that the pound has already weakened a lot and so the downside could be more limited.

But what if we go further back? We have data going back to the late 1700s. That was the era of ‘mad’ King George III – the one who lost America. 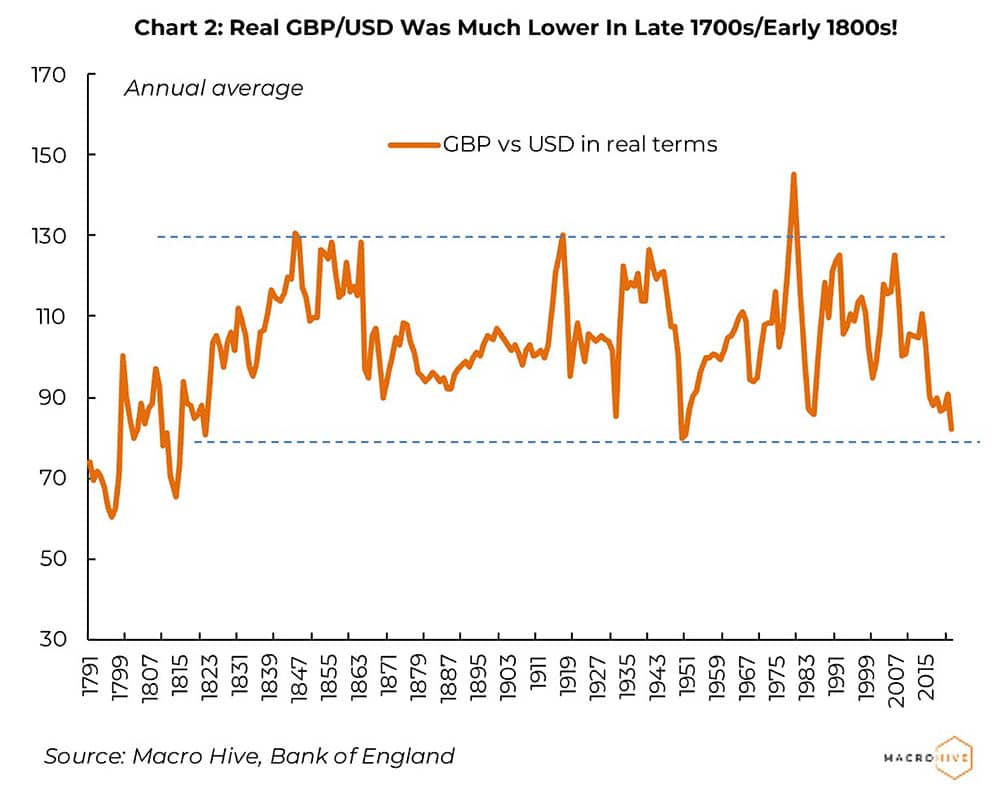 It seems that expensive wars with the Americans and French didn’t help, nor did the rise of the American economy.

So, it is unclear how close that period is to today.

We'd therefore be cautious in expecting the pound to return to values last seen in the 1700s.