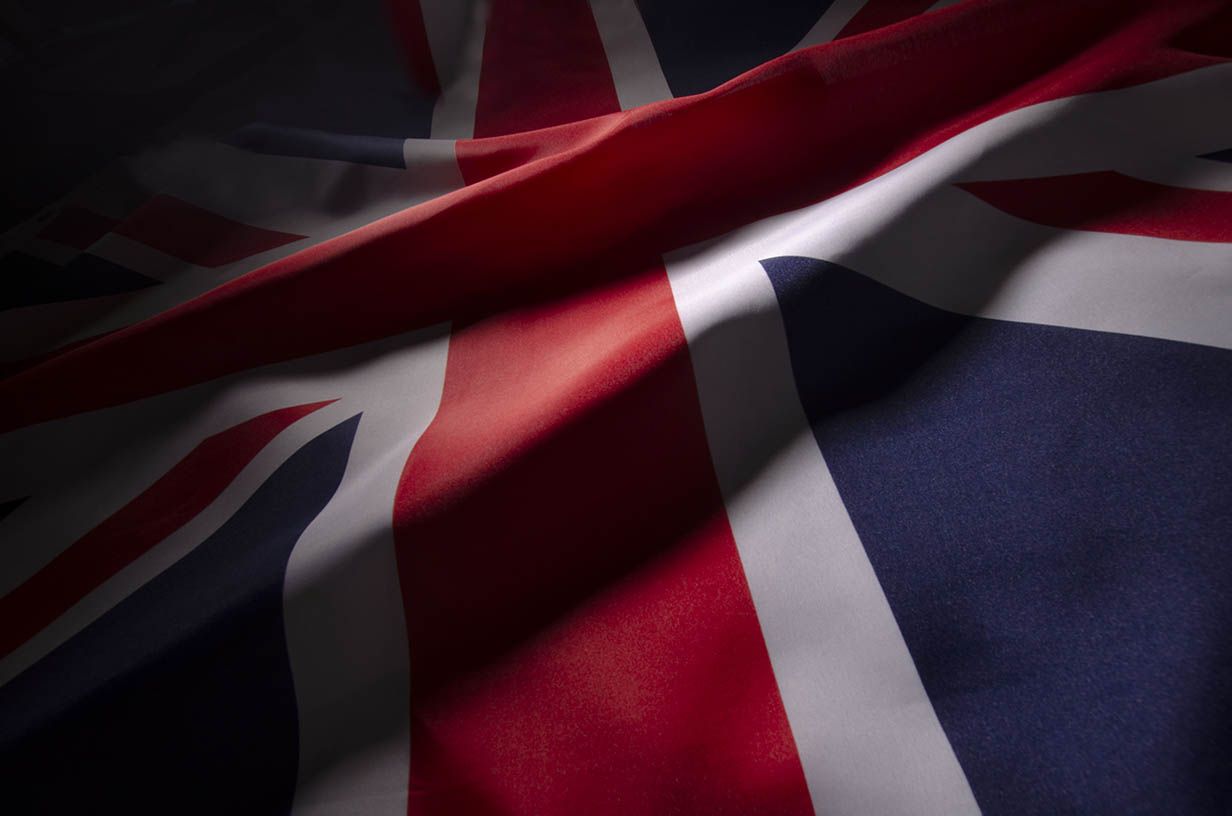 A relief rally in the Pound to Dollar exchange rate (GBP/USD) takes it over a percent higher to 1.1636 amidst an improved tone to global market sentiment, but caution remains the order of the day.

The Euro is up against the U.S. Dollar by the same margin, confirming GBP/USD's rally is largely a story of Dollar weakness.

"A wildly volatile week for sterling was poised to finish with a gain against the greenback, its first in four weeks. In a historic week, the pound tumbled to 37-year lows against the dollar, Liz Truss was installed as the UK’s new prime minister, with the world now mourning the passing of Queen Elizabeth II," says Joe Manimbo, Senior Analyst at Convera.

The Queen's death does have one notable market implication in that next week no longer sees the Bank of England meet to deliver a widely expected interest ate hike.

"Amid the period of mourning, the Bank of England pushed back by a week its coming meeting to Sept 22, allowing policymakers more time to consider data as it mulls how aggressively to raise rates to fight double-digit inflation," says Manimbo.

Gains by the Pound are also seen against 2022's second-best performing currency, the Canadian Dollar, confirming there might be an element of position-squaring underway as previous trends are unwound somewhat.

Meanwhile the Swedish Krona and Japanese Yen are also advancing on the Pound, which confirms this theory, given they are 2022's worst performing currencies.

So we are seeing some revenge by 2022's laggards and therefore the gains will be seen as technical and temporary in nature.

Underscoring the currency market's trend-flip is a more constructive mood on global markets as all the major stock indices rise as investors pick up some risk.

This is naturally unhelpful for the Dollar which tends to benefit when equity holdings are liquidated and cash is in demand.

This takes the quote on dollar payments at high-street bank accounts to around 1.1410 while it lifts the rate offered by independent specialists to around 1.1610, find out more here. 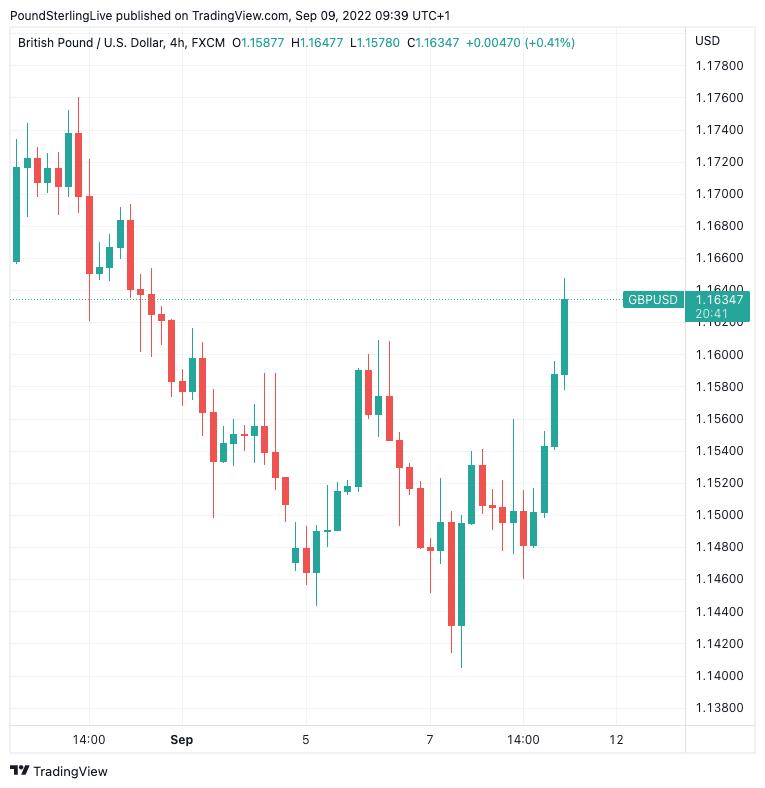 Above: GBP/USD at four-hour intervals. Set your free FX rate alert here to keep on top of the market.

"The bullish correction continues following the post-Jackson Hole sell-off registered in late August, as investors have now widely accepted the current lower liquidity environment sparked by tighter monetary policies. However, even if the hawkish switch from the ECB and the Fed are now seen as almost fully priced in, the risk-on sentiment remains fragile and under the threat of other major lingering concerns such as a slowing Chinese Economy, the energy crisis in Europe as well as continuing geopolitical issues," says Pierre Veyret, Technical analyst at ActivTrades.

The Dollar has risen sharply during 2022 as the Federal Reserve raises interest rates to cool U.S. inflation, but in doing so they drain liquidity from the global economy as the cost of borrowing becomes more dear.

But with the Fed message now well and truly received, and amidst signs inflation is peaking, this is an old story.

But to say the GBP/USD bounce is the start of a new fully-fledged recovery would be premature at this stage: we have seen bear market bounces in the past.

They extended for a couple of weeks before collapsing.

Therefore caution is warranted by those holding out for a stronger Pound with which to purchase Greenbacks.

The Pound's outlook nevertheless changed for the better this week with decisive action on UK energy bills by the new government of Liz Truss.

The energy cap slashes UK inflation projections while raising the growth outlook, offering hope for a currency that has been punished for the UK's stagflationary prospects.

Should Pound Sterling lose its status as a stagflation hedge it could recover further.

"Despite fiscal and political problems, I am long the pound because of an overvaluation of the dollar against all major currencies," said Gross in a recent note.

"Continued large trade deficits and a ceiling on the Fed's ability to raise rates to anticipated levels due to future recession will limit further depreciation of the pound and likely lead to future relative increases compared to the dollar," he adds.