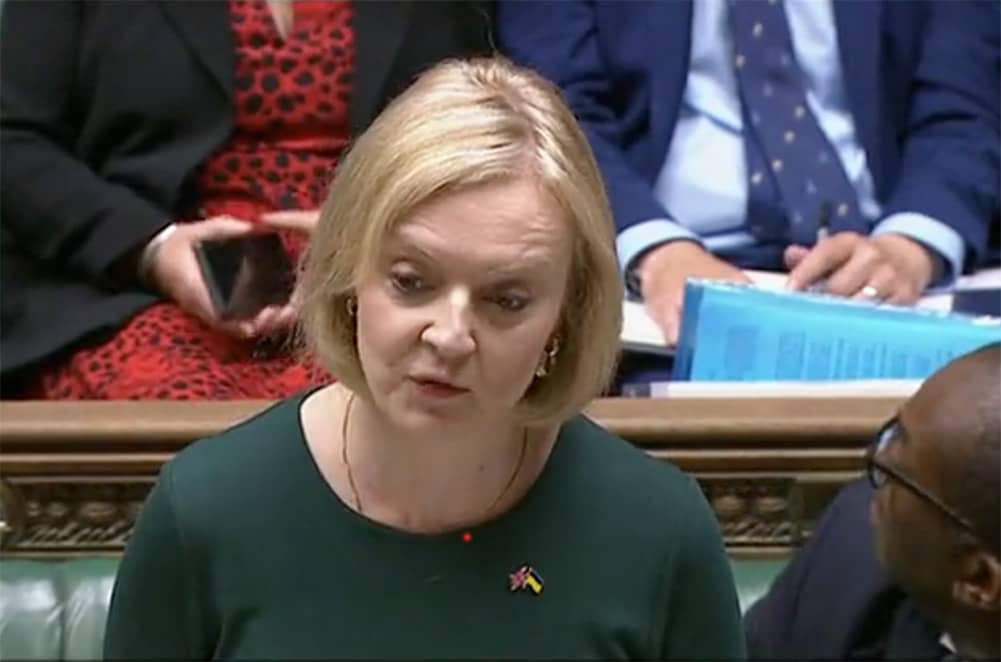 The prospect of a stronger ending to 2022 for the British Pound came a step closer following news the UK government would cap annual UK gas prices at £2500 for the next two years.

The move effectively caps UK inflation near current levels and staves off the prospect of a recession, according to a leading economist.

Sterling has been sold over recent months as investors feared the UK would be one of the worst hit by a combination of surging inflation and declining economic growth.

Truss' intervention therefore overturns this narrative as she says the moves would likely chop 5 percentage points from the expected peak in inflation.

"The £2,500 cap implies the average households’ monthly bill will rise to £208 in October, from £164. On top, everyone gets a £400 ," says Samuel Tombs, Chief UK Economist at Pantheon Macroeconomics. "So effectively, the average bill will *fall* to £142pm for the Oct-Mar period."

The Pound to Euro exchange rate started the day in the red but was up slightly at 1.1535 in the wake of the developments.

The Pound to Dollar exchange rate was higher by a quarter of a percent to 1.1543.

James Smith, economist at ING says the UK energy cap of £2500 for the average household will lower the headline rate of inflation by around 5pp.

Above image courtesy of ING.

Economist Simon French at Panmure Gordon says he thinks the fall in inflation would amount to about 6.3% compared to non-intervention.

The cost of the energy bill cap is however a potential headwind for the UK economy and Sterling assets, given the cost will be funded by borrowing. Truss said the costings are not yet at hand but will be set out to parliament.

There are concerns in some corners that the market might not be willing to fund such borrowing, creating the conditions for a UK debt crisis.

However, Andrew Sentance, Senior Adviser to Cambridge Econometrics, says in terms of the UK debt/GDP ratio, this is likely to be falling now due to the inflation impact on nominal GDP.

"So a reasonable package of gov’t support to limit energy price increases should be quite sustainable," says Sentance.

There are further signals the market is welcoming of the moves; the below chart shows the slump in 1-year UK inflation RPI swaps, from a 12% peak two weeks ago to 5.8% today. 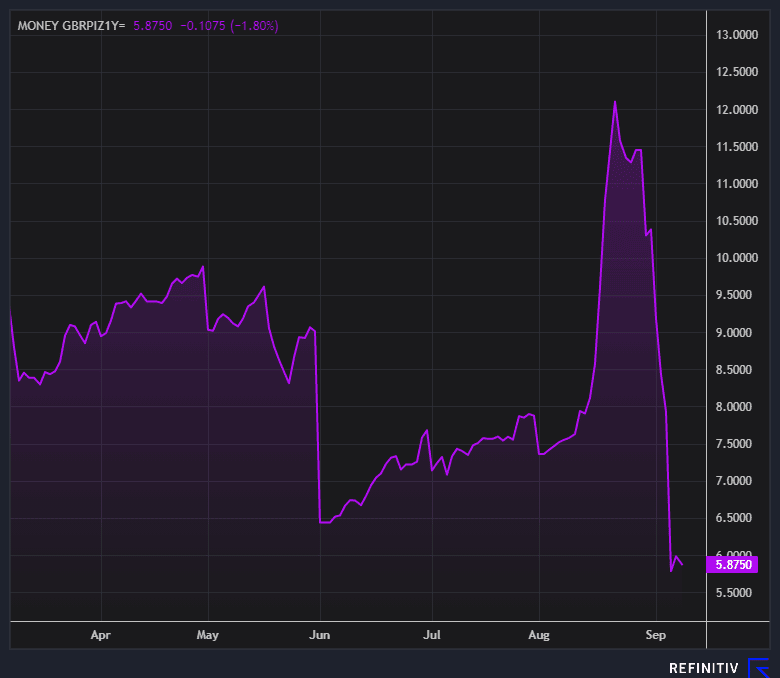 Ed Conway at Sky News says based on where wholesale gas prices were a couple of weeks ago, the cost of capping household bills at £2,500 would have been roughly £120bn.

Based on where they are now, it would cost roughly £70bn.

He points out the difference alone is about the cost of furlough, which saw the government guarantee jobs during the Covid pandemic.

But Truss made some significant interventions regarding the future of the UK's energy security, announcing a significant new round of licensing for offshore oil and gas exploration.

Furthermore, a ban on fracking would now be lifted.

The developments would ultimately improve the UK's domestic energy output, lowering imports and contribute to an improvement in the country's balance of payments.