The Pound to Dollar exchange rate neared 2022 lows in the final session of the week as U.S. government bond yields rose further and the greenback’s strength broadened, leaving Sterling vulnerable in the context of recent uncertainty about the Bank of England (BoE) interest rate outlook.

Pound Sterling fell widely on Friday but sustained one of its largest losses against the U.S. Dollar, which strengthened broadly amid steep losses for government bond markets across the globe and pushed GBP/USD back beneath its 200-week moving-average ahead of the weekend.

Government yields rallied sharply as bond prices themselves declined amid a rout in the U.S. market, which deepened following Wednesday’s release of minutes from the March Federal Reserve (Fed) meeting and subsequent remarks from Federal Open Market Committee members.

“Long-end weakness is being driven by the move in real yields which itself is a function of the Fed’s move towards QT. The USD is benefitting as a result,” says Bipan Rai, North American head of FX strategy at CIBC Capital Markets.

“The BBDXY [Bloomberg Dollar Index] is now probing above key technical resistance here and a close above here is meaningful on a weekly basis. We’ll be eyeing that today,” Rai said in a Friday market commentary. 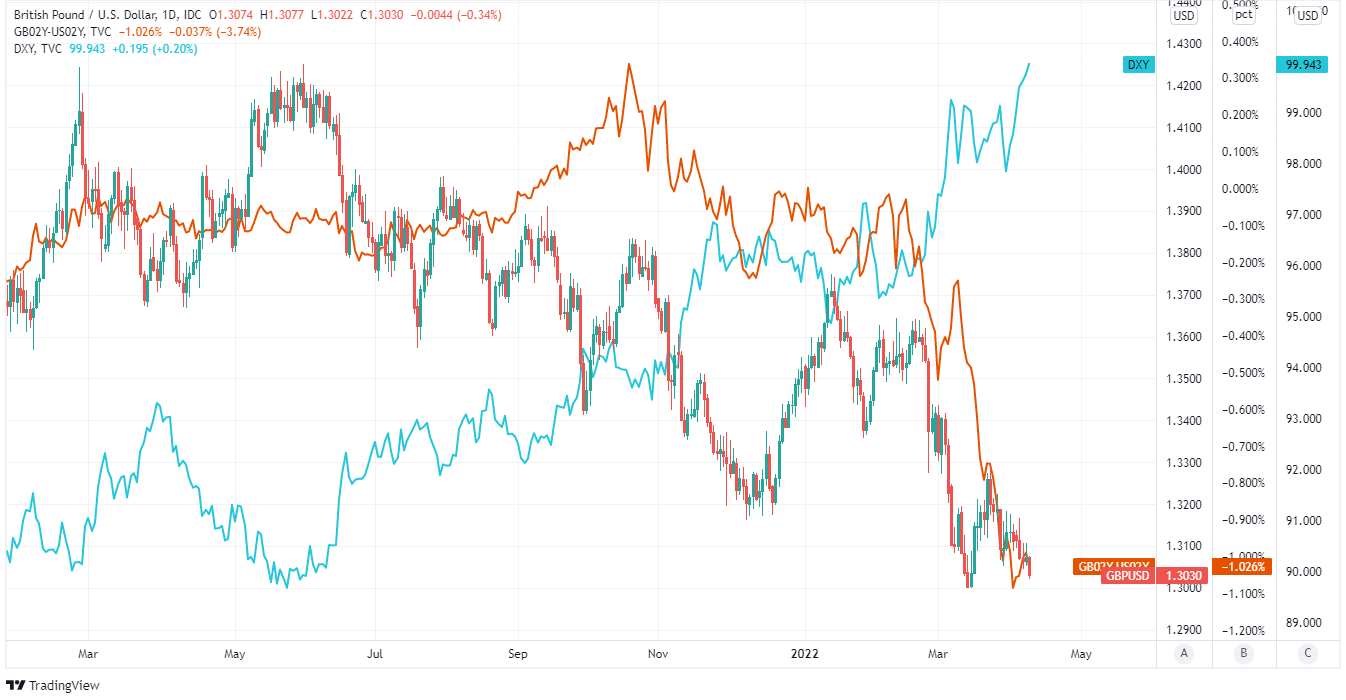 The Dollar has risen further since the Fed took its first step to begin withdrawing the interest rate cuts and other stimulus announced at the onset of the coronavirus crisis, and its subsequent communications have been a key driver.

Fed communications have continued to suggest it could yet surprise on the hawkish side of expectations even as market pricing implies a confident wager by investors that it's already on course for one of the steepest increases in rates for decades.

“We have seen a lot of Fedspeak this week, and yesterday James Bullard doubled down on his recent hawkish statements by calling for up to 300bp of tightening this year,” says Chris Turner, global head of markets and regional head of research for UK & CEE at ING.

This week minutes of last month’s meeting revealed the extent to which the Fed is likely to reduce its footprint in the U.S. government bond market in a bid to shrink a balance sheet that swelled by more than $2 trillion to nearly $ 9trillion as a result of its crisis-induced quantitative easing programme. 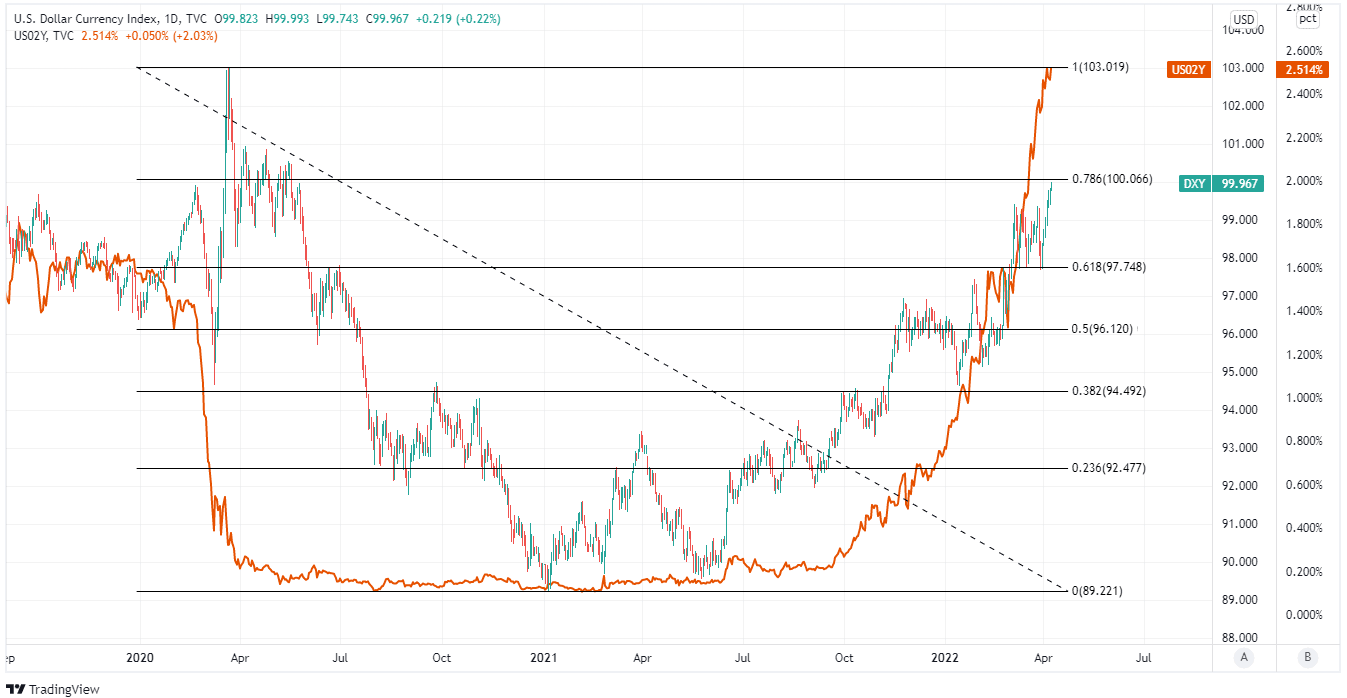 The meeting record implied that asset holdings could shrink by $95 BN per month beginning as soon as May, which is almost as fast as the $120BN per month pace at which the balance sheet grew and means it could be likely to fall by around $1.7 trillion by the middle of next year.

“Many participants noted that one or more 50 basis point increases in the target range could be appropriate at future meetings, particularly if inflation pressures remained elevated or intensified,” the meeting record also said in one part.

The speed and confidence with which the Fed is approaching the pending period of monetary tightening contrasts with the Bank of England (BoE) where, after three increases in Bank Rate since December, the Monetary Policy Committee has said that risks to the outlook are now more balanced.

“We are watching very carefully but facing very high levels of uncertainty as to what is the right combination of what I said earlier was the ‘natural and quite substantial hit to real income’ - this terms of trade shock that we’re facing - and the right use of monetary policy,” Governor Andrew Bailey told the economic policy think-tank Bruegel last week. 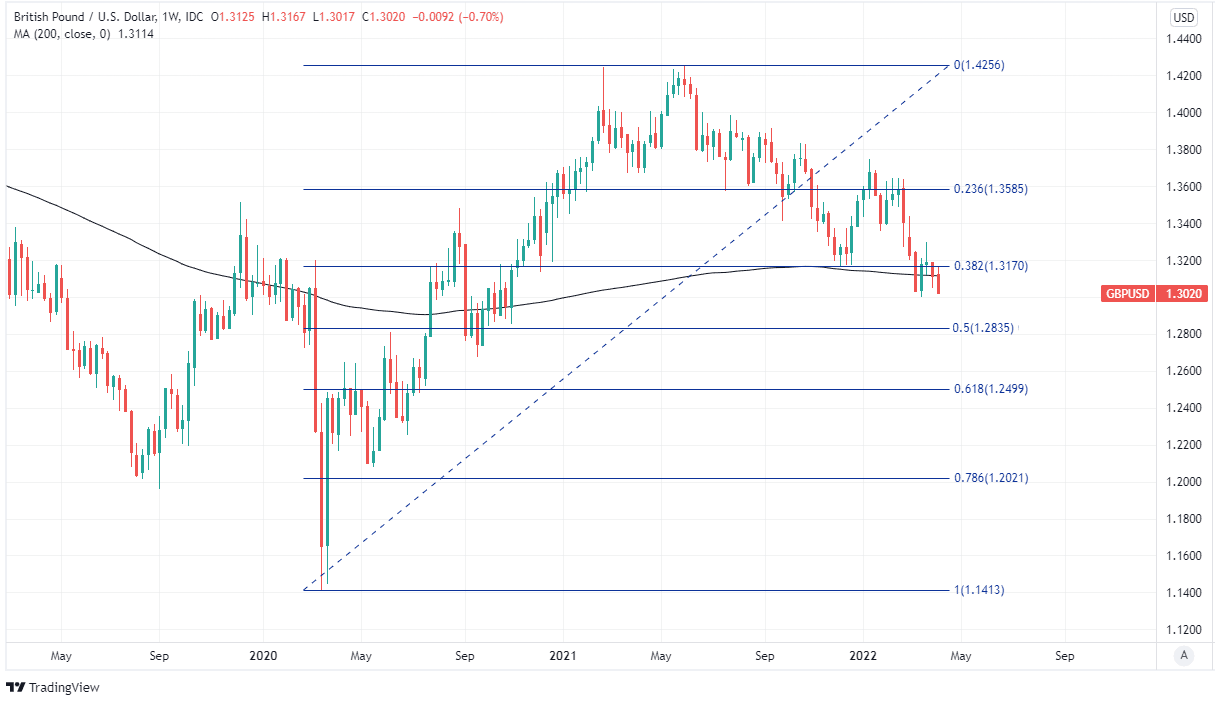