- GBP/USD off overnight lows but volatility risk rises
- After ‘Feddie Krueger’ returns to bond street anew
- "Our attention is on nearby support at 1.4000/18"

The Pound-to-Dollar exchange rate was softer but off overnight lows in the mid-week session, alongside a once downtrodden Dollar, but could face further indecisive trading ahead as an evolving Federal Reserve (Fed) policy conversation leans against strength in Sterling.

Pound Sterling was down a fifth of a percent around 1.4150 on Wednesday while higher against all other major counterparts in price action as traders eyes were drawn from improving UK economic prospects toward a possible return of ‘Feddie Krueger’ to 'global bond street.'

As the world’s top central bank the Fed’s monetary policy decisions and guidance has impact on not only the prices of U.S. assets but those of others elsewhere around the world too, though most notably assets trading in the bond markets.

Currencies including Sterling are sensitive to bond yields and so also the developments which impact them, though yields move in the opposite direction to bond prices, which means rising yields are indicative of unease among bond market investors.

“GBP/USD charted a key day reversal on Tuesday. Our attention has reverted to the downside and loss of 1.4091, the 27th May low, should refocus attention on nearby support at 1.4000/18,” says Karen Jones, head of technical analysis for currencies, commodities and bonds at Commerzbank.

“Recent Asian currency strength versus the Greenback has come to a halt; USD/SGD: Is bouncing off support at 1.3189/56 and is to consolidate above it for at least a week. USD/CNH: Formed a low at 6.3524 and is to consolidate back to 6.4116/19 at the very least. EUR/CNH: Continues to oscillate around the 55 day moving average at 7.7922 – range bound,” Jones adds.

This comes after a sluice of remarks from Fed policymakers of increasing seniority all of which tentatively point toward a quietly evolving stance on the subject of its $120bn quantitative easing programme.

Just this Tuesday the bank said it would “begin winding down” in a gradual and orderly way the residual portfolio of assets which still sits on the Fed’s balance sheet even after the connected Secondary Market Corporate Credit Facility closed in December 2020. 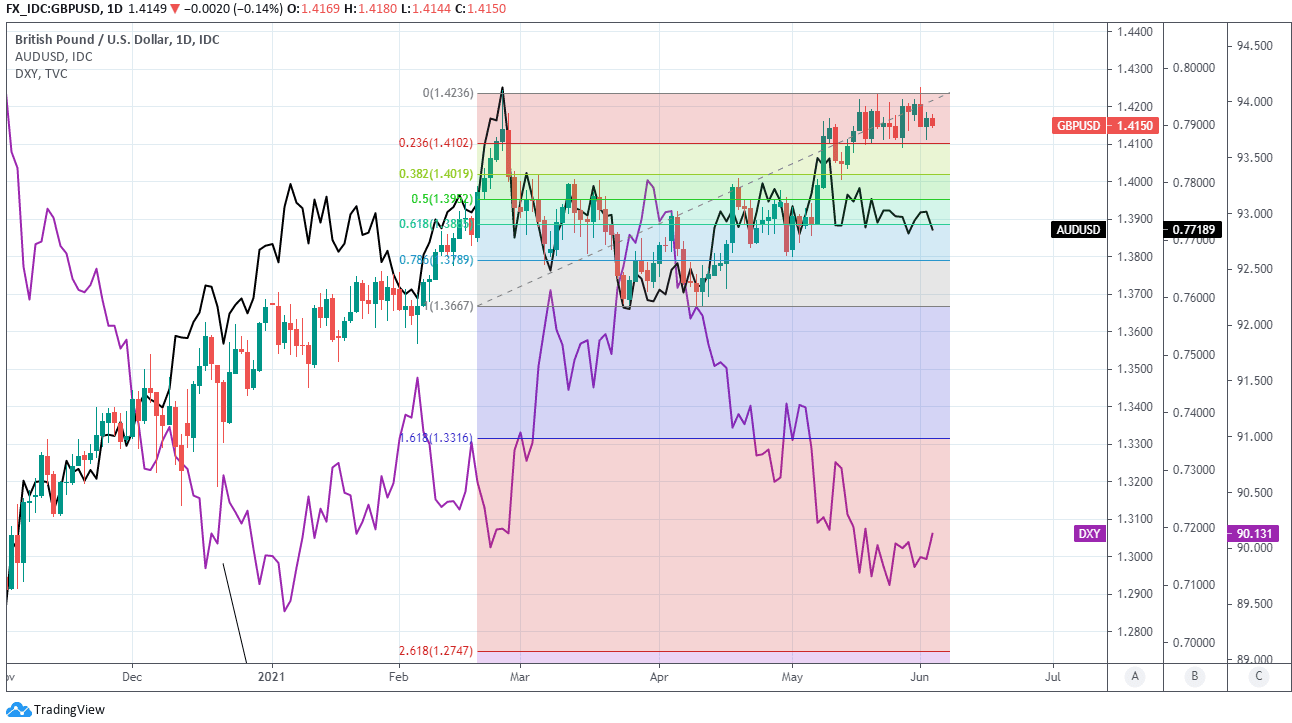 The facility hoovered up corporate bonds from the secondary market during the acute stage of the pandemic, and its announced disposal comes as questions emerge on the radar over the future of the bank’s government and mortgage bond buying programme that is still purchasing a total of $120bn per month.

“In the US, Fed’s Harker (non-voter) stated that “it may be time to at least think about thinking about tapering” but also noted that the fed funds rate will stay “low for long,” says Elsa Lignos, global head of FX strategy at RBC Capital Markets.

This kind of discussion has scope to lift bond yields in the U.S. and elsewhere while potentially breathing life back into the U.S. Dollar for at least short periods in a market where foreign exchange rates have already demonstrated a susceptibility to rising borrowing costs.

U.S. bond yields have repeatedly seen increases and some cases, surges, this year which have in each instance driven a wave of capital back to the Dollar, predominantly at the expense of European currencies that were also in each instance quick to catch a new bid when bond markets calmed.

At the heart of concerns for the Fed and market are inflation developments in what are effectively uncharted economic waters.

“A list of stories which all one way or another put upward pressure on prices... In the US, Biden is set to update Trump’s China blacklist (the US ban on investments in companies linked to the Chinese military),” RBC’s Lignos says.

“The European Commission is set to propose a carbon border adjustment mechanism that will apply to all imports of electrical energy to the EU. EU. They will link to the costs that EU producers already face and will apply a number of cement, fertilizer, iron and steel products (will push up PPI potentially substantially),” Lignos adds. 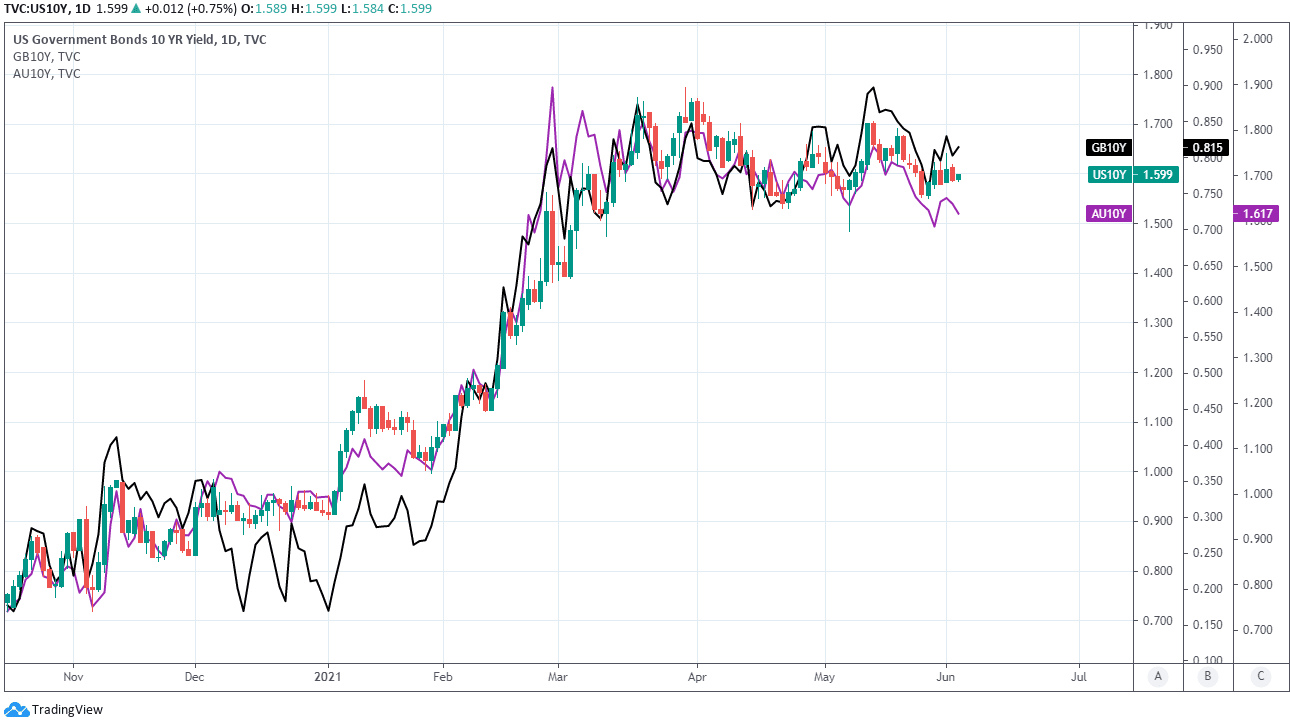