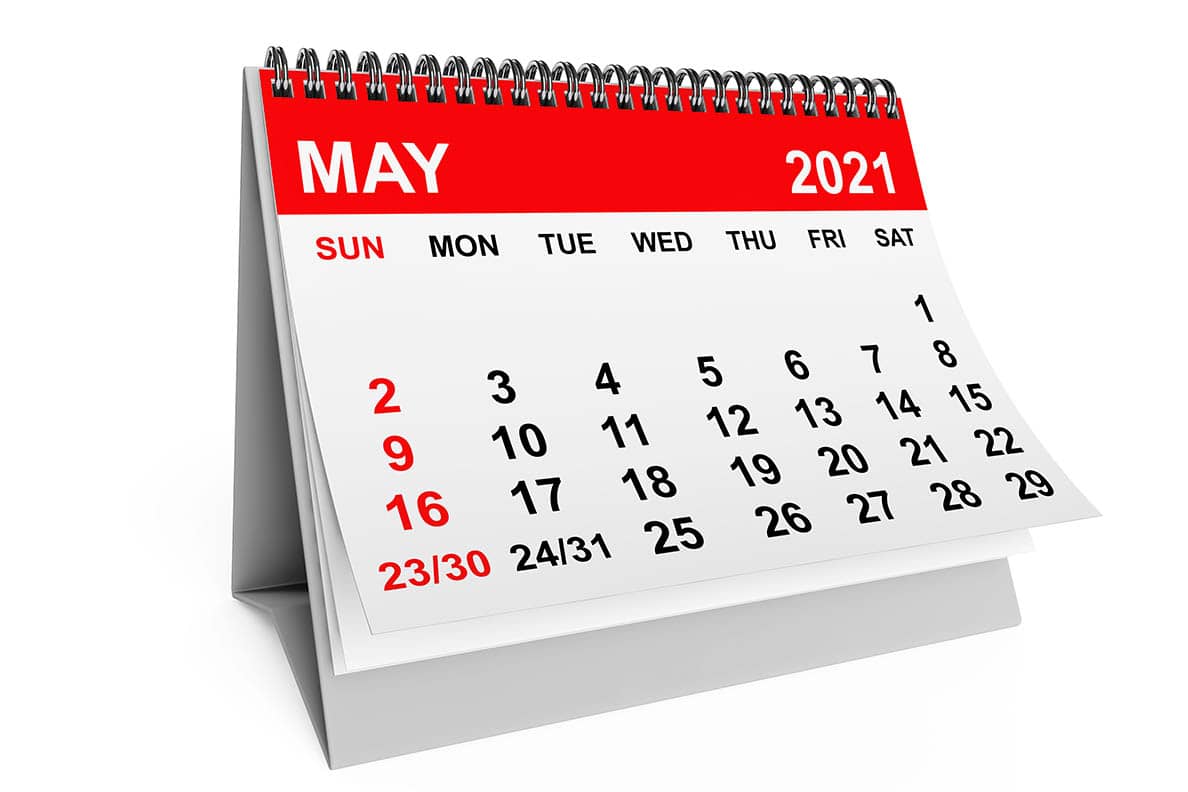 April is typically held to be a month in which the British Pound advances on the Dollar and April 2021 was no exception, even if the Pound-to-Dollar exchange rate (GBP/USD) advanced by a paltry 0.23%.

Looking to May, studies suggest those seasonal gains made by GBP/USD in April tend to be given back owing to broad demand for the Dollar.

"Those long GBP/USD should beware of its tendency to drop in May, and a break under the April 30 1.3803 low posted would be a near-term sign of weakness," says Martin Miller, a market analyst with Reuters.

GBP/USD rose from an April open of 1.3781 to close the month at 1.3813 with gains forming part of a recovery sequence that has been in place since the turn of the year.

"A study of GBP/USD's performance for each May since 2000 shows it has fallen in 17 of the last 21 years, including in every year since 2010. Seasonality should not be considered in isolation, but it's a useful tool combined with other factors," he adds. 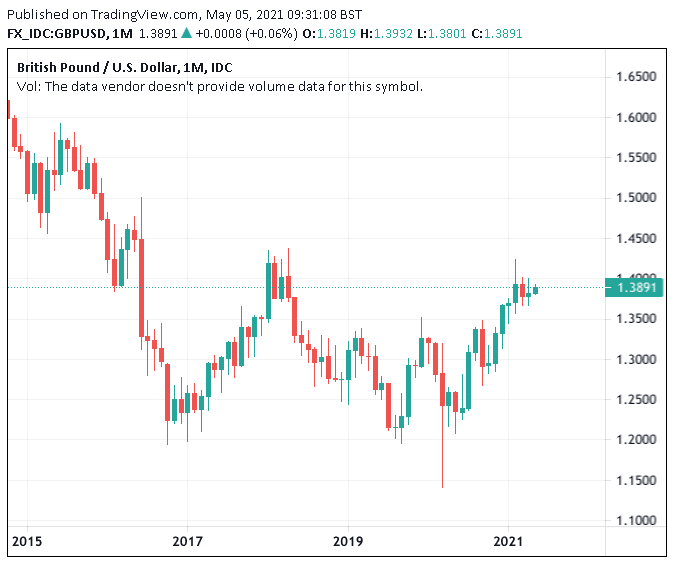 Above: Monthly performance of the Pound against the Dollar since 2015.

Positioning data shows further investment in the upside story for the Pound, with Commodity Futures Trading Commission data show that for the week ending April 27 the value of the net long GBP position held by speculators rose to £1.83BN, from £1.57BN the previous week.

Refinitiv Matching data for Sterling since April 27 shows traders may have exited some of those longs, but outstanding longs remain vulnerable to possible near-term sales says Miller.

The past four weeks have seen relatively low volatility in GBP/USD with the pair tending to trend sideways with investors searching for fresh drivers.

Volatility or a new trend could be triggered on Thursday when the Bank of England deliver their quarterly Monetary Policy Report.

Investors will be particularly interested in whether or not the Bank opts to taper its quantitative easing programme by reducing the amount of bonds it purchases on a weekly basis.

"The British Pound could rally higher this week if the Bank of England (BOE) signals it is ready to start reducing its bond buying programme at its monetary policy announcement tomorrow," says George Vessey, Strategist with Western Union Business Solutions.

"We look for the BoE to taper QE purchases at (this) week's policy meeting," says Robert Wood, UK Economist at Bank of America.

Bank of America expect the Bank to endorse market expectations for two rate hikes by the end-2024 in the report, which would put them ahead of a good number of other central banks on the normalisation programme.

"GBP/USD continues to float around the $1.39 handle... A hawkish BOE on Thursday afternoon, could send sterling higher across the board with $1.40 on the radar for bullish GBP/USD traders," says Vessey.