The Dollar faltered and the sell-off in bond markets resumed after Federal Reserve (Fed) Chairman Jerome Powell neglected to indulge misplaced speculation that a tapering of the bank's quantitative easing program is in the pipeline, when appearing before the Senate Banking Committee on Tuesday.

The U.S. Dollar had been trading at least a touch higher against all major currencies but was subsequently seen edging lower against high-yield commodity and growth plays like the Canadian Dollar, New Zealand's Kiwi and the Norwegian Krone, not to mention the ever-outperforming Pound Sterling.

Sterling was higher against all major counterparts for the session, week, month and year-to-date, as can be seen from the linked table. Global markets for risk assets including stocks and commodities were lower, as can be seen here, while U.S. bond markets also continued to sell-off.

This was after Jerome Powell told Senate lawmakers in Washington that the world's largest economy will depend upon the bank's ongoing support for some time to come and that its recovery "remains uneven and far from complete."

"Mr. Powell made no mention of the startling speed and extent of the drop in cases and hospitalizations," says Ian Shepherdson, chief economist at Pantheon Macroeconomics. "As the economy remains a "long way from our employment and inflation goals”, the Fed believes the current policy stance remains appropriate; it will be “some time” before any changes are required. Inflation is no near-term threat, thanks to the impact of Covid on some sectors, but the Chair reminded Senators that even when inflation does rise, the Fed wants to see it above the target for “some time” before raising rates." 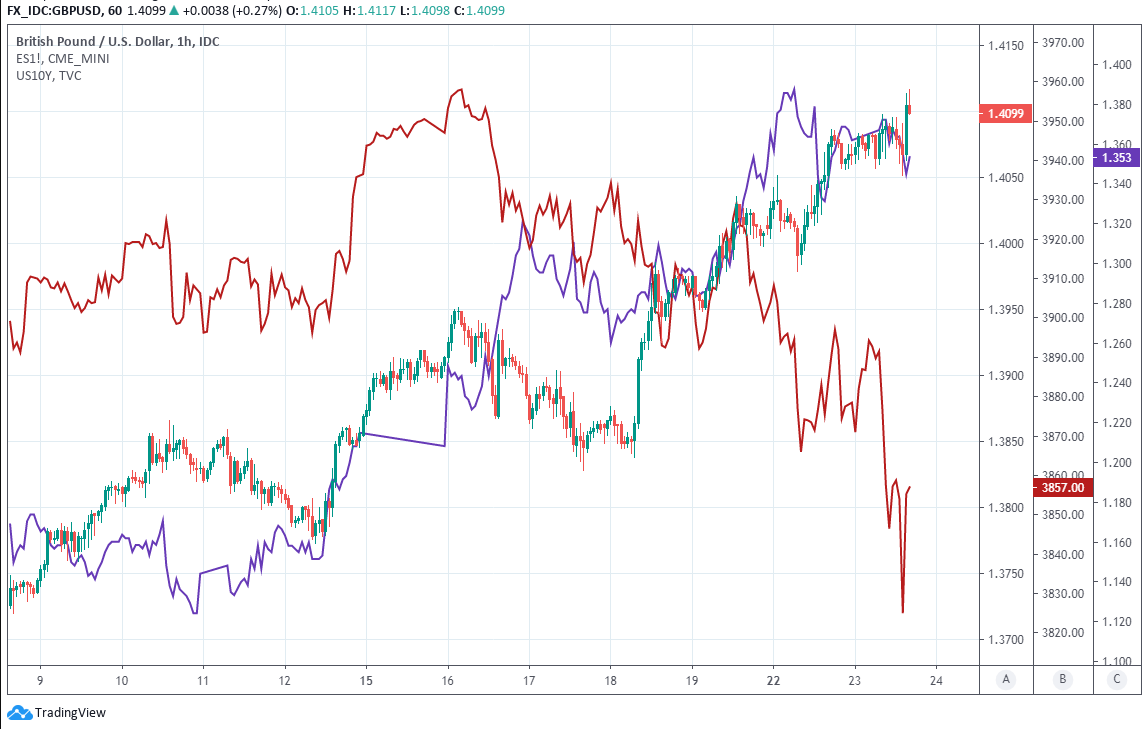 Financial markets appeared to convince themselves in recent weeks that President Joe Biden's $1.9 trillion fiscal support package would mean that inflation is higher than otherwise this year and next. This in turn is meant to mean the Fed could be forced to abandon its pledge to continue buying $120 bn of U.S. bonds per month "until substantial further progress has been made toward the Committee's maximum employment and price stability goals."

"Powell stuck to a dovish line, leading first with the fact that  growth and employment gains slowed since the initial rebound in Q3, and only after that acknowledging the boom in recent retail activity and progress against Covid. Other than that, the prepared statement was devoid of new content," says Avery Shenfeld, chief economist at CIBC Capital Markets. "No mention was made of the potential impacts on monetary policy of the stimulus bill."

The Fed has materially changed its monetary policy strategy in the last year such that it's pledged to the market that policymakers will not begin to raise U.S. interest rates until well after inflation has actually risen above the bank's 2% target. This is in part to compensate for past periods in which price pressures have been below target. Meanwhile, and despite a quickening vaccination campaign, the third U.S. wave of coronavirus infections and resulting restrictions are exacerbating the economy's plight.

"Given this situation and the revised monetary policy goals the Fed remains committed to supporting the economy with QE continuing apace. We suspect that the pressure for change will build through the second quarter with a tapering of QE looking increasingly before year-end," says James Knightley, chief international economist at ING. 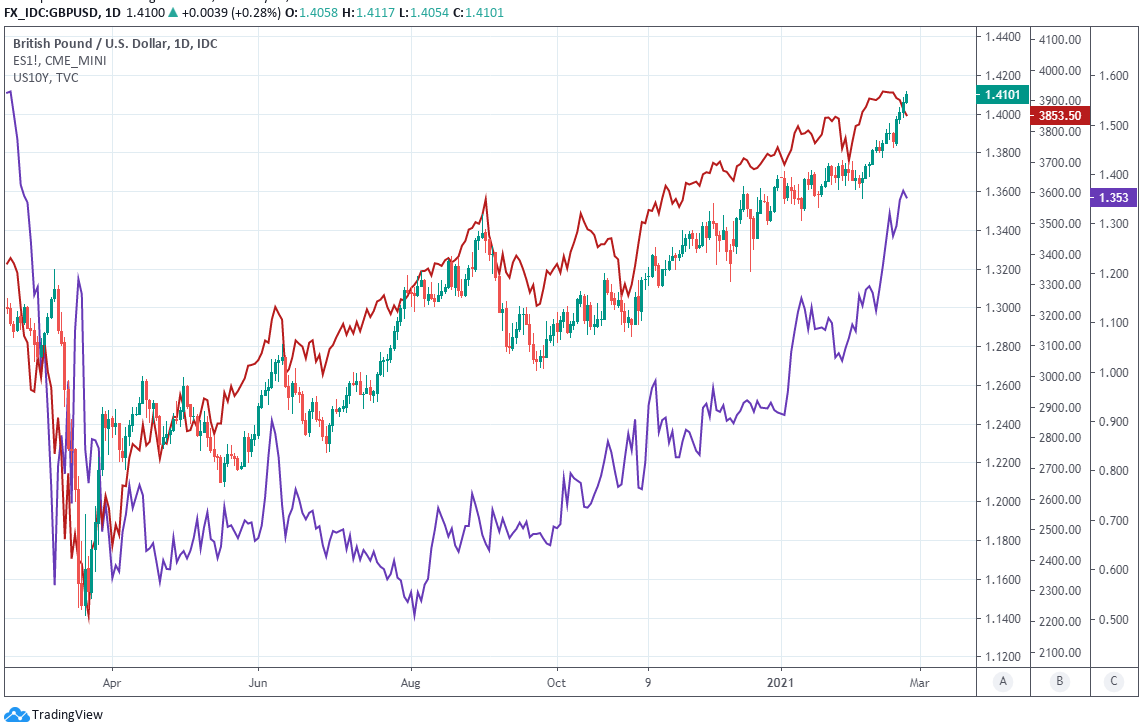 "Given the fears of a potentially disruptive taper tantrum 2.0, we strongly suspect that when the Fed does start to taper asset purchases it will be gradual and involve a “twist” operation, similar to how the Bank of Canada’s policy has evolved. Last October the BoC “recalibrated” its QE program by lowering its weekly asset purchases from C$5bn to C$4bn, but shifted the purchases towards the longer end of the yield curve," ING's Knightley adds.

The Fed's new policy means the Fed Funds rate range is potentially set to remain fixed at 0% to 0.25% for years and that the bank will have to continue buying large amounts of new government bonds for the foreseeable future, which is a headwind for yields of almost all maturities. However, the new White House adminstration's spending plans and capacity constraints arising in some sectors due to coronavirus-related restrictions on activity have simultaneously led to a sharp rise in infflation expectations.

The result has been a steep fall in "real yields" that have made the U.S. Dollar increasingly unattractive to investors of all kinds and helped to facilitate widespread declines in U.S. exchange rates over the last year. The Dollar sell-off had slowed thus far in 2021 amid speculation suggesting the Fed might soon change course, although Powell's Tuesday neglect to indulge this view in any way could be a bearish indication for the U.S. Dollar.

"US tech stocks are leading the way once again today, yet the direction is somewhat of a rude awakening for those used to the seemingly one-way traffic of the past 11-months," says Joshua Mahony, an analyst at retail trading giant IG. "Yields and reflation concerns provide the backdrop for a period that has seen reopening optimism replaced by fears of monetary tightening and a shift out of equities. Despite widespread losses, outperformance in financial stocks does highlight the pro-cyclical nature of the sector. The reopening trade remains likely to outperform over the coming months, with growth stocks finally coming under the microscope thanks to their lofty valuations."