A better-than-expected November jobs report put the Pound on its front foot early on Tuesday, enabling it to climb alongside some stock markets and other risk assets, although the global market picture was a mixed one.

Britain's unemployment rate stood at 5% in November, up from 4.9% in October but less than the 5.1% markets were looking for.

"The labour market has generally fared better than [our economists] had expected, and this morning’s data for November adds to the list of predominantly upside surprises for this segment of the economy. Less reassuring was the January CBI retail survey which collapsed to -50 from -3," notes Daragh Maher, Americas head of FX strategy at HSBC.

Sterling's performance may also have been aided by strong demand for a 30-year British government bond offering after the Debt Management Office (DMO) sold £1.7bn of paper maturing in 2050 and paying a coupon of 0.84%, which is around the middle of the range for 30-year yields since March 2020. 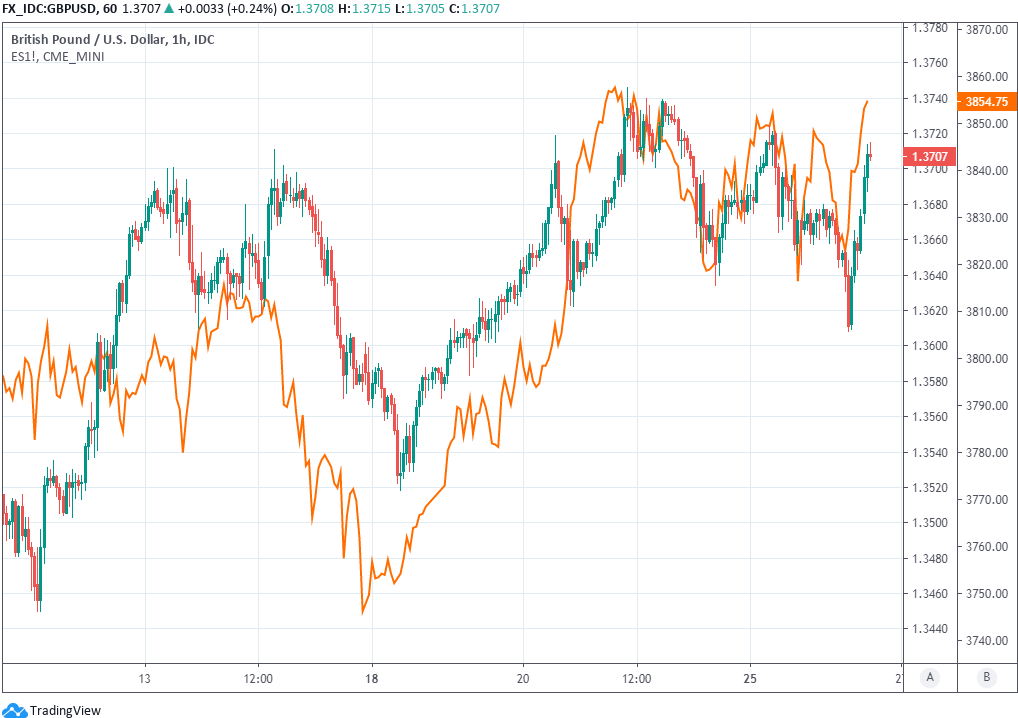 With 2.4 bids for every one accepted, the bid-to-cover ratio on this offering reflected some of the strongest demand for more than two years in that particular segment of the yield curve and has only been exceeded on two occasions - with those each seeing a bid-cover ratio of 2.6.

The DMO also sold £2.9bn of bonds maturing in 2035, paying a coupon of 0.64%, which was covered 2.6 times over. Bonds of this and lesser maturities have frequently seen robust demand since the coronavirus first began closing economies last year and central banks across the globe chopped benchmark interest rates to zero or nearby levels.

Generally, interest in British government debt has picked up since the onset of the crisis and may go some way toward allaying HM Treasury's fears of ebbing demand and higher borrowing costs further down the line - due in part to potential investor concerns about the UK's large deficits. 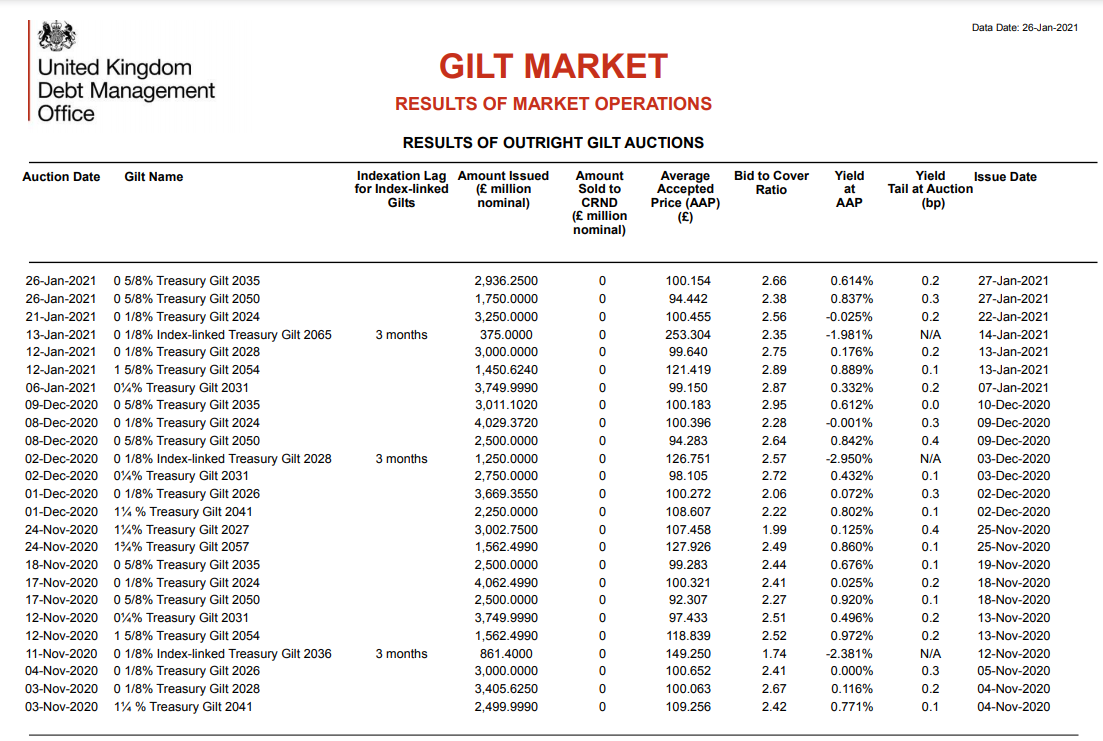 "In our opinion, as long as the Bank of England (BoE) avoids cutting rates (as we expect) and continues its QE purchases, the UK’s double deficit problem is unlikely to weigh on the outlook," says Jordan Rochester, a strategist at Nomura. "Net longs in GBP/USD have started to build but are nowhere near the levels we have seen in the past, which led to a GBP long squeeze (on negative Brexit headlines). Therefore despite GBP/USD’s recent outperformance, positioning is not a factor likely to hold back further gains."

Chancellor Rishi Sunak has been reported to be toying with tax hikes and austerity due to what's billed as concern about the cost of the coronavirus, although robust demand for new bond issues is a downward influence on yields, which reflect near-real time financing costs for the government.

"We doubt that the Chancellor will go a step further in the Budget on March 3 and push through large immediate tax rises or non-health spending cuts. Nonetheless, the Treasury will not tolerate a 10% deficit indefinitely and the timing of the next general election in 2024 suggests that Mr. Sunak will not wait until the economy has fully recovered to actively tightening fiscal policy," says Samuel Tombs, chief UK economist at Pantheon Macroeconomics. "We expect taxes to rise sharply in 2022, in order to attempt to stabilise the debt-to-GDP ratio, while at the same time funding big demography-linked increases in health and pensions spending." 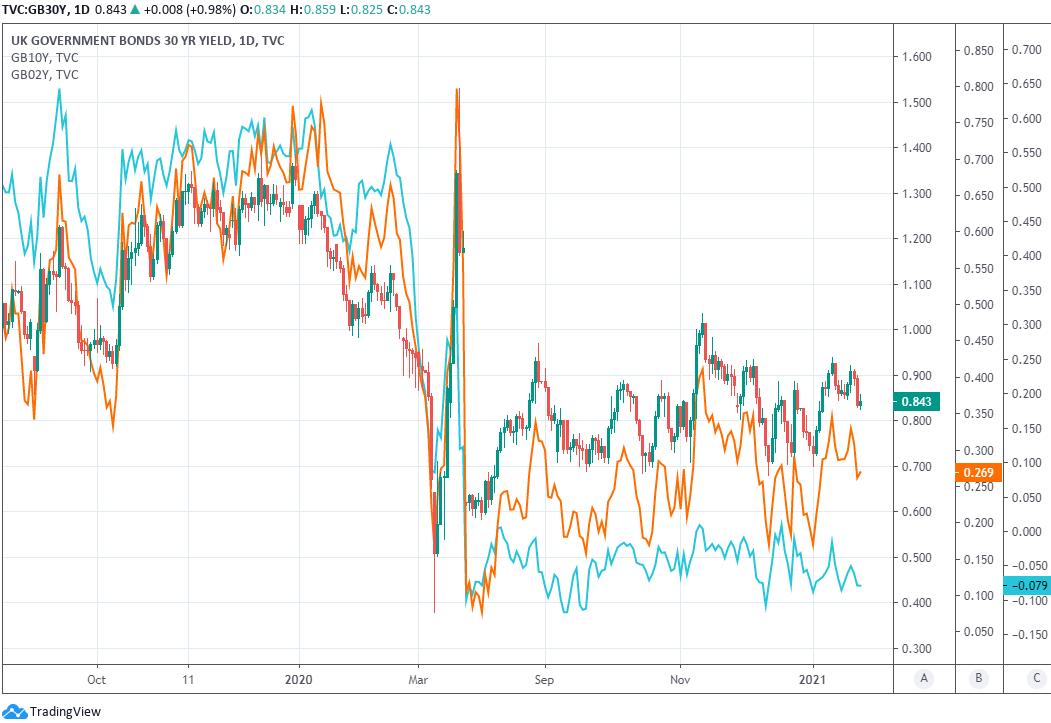 Government borrowing rose to £34.1bn in December, the third highest monthly number on record, which took total borrowing for the first nine months of this financial year to £270.8 billion. Meanwhile, total net-debt rose to £2.13 trillion by year-end, which is equal to 100.5% of pre-pandemic GDP. Increases reflect the cost of the furlough and self-employed income support schemes, among other things, although these costs are expected to fall away in the months ahead as the UK's vaccination rollout paves the way for a return to normality.

"The UK benefits from a homegrown vaccine (Oxford/AstraZeneca) and an earlier approval of the Pfizer vaccine potentially securing supplies before peers. 10% of the UK’s population have already received their first doses of the vaccine," says Nomura's Rochester, who forecasts GBP/USD at 1.42 by the end of March. "Long GBP remains attractive to us in the short and medium term."

Britain's services-dominated economy was among the hardest hit by the 'lockdown' approach that's been favoured globally for containing the virus, so is widely expected to enjoy one of the strongest rebounds, owing partly to statistical 'base effects' but also swift progress in vaccinating people. Some 6.5 million had received their first shot of a vaccine by Sunday, according to the UK government dashboard, or around 10% of the population. 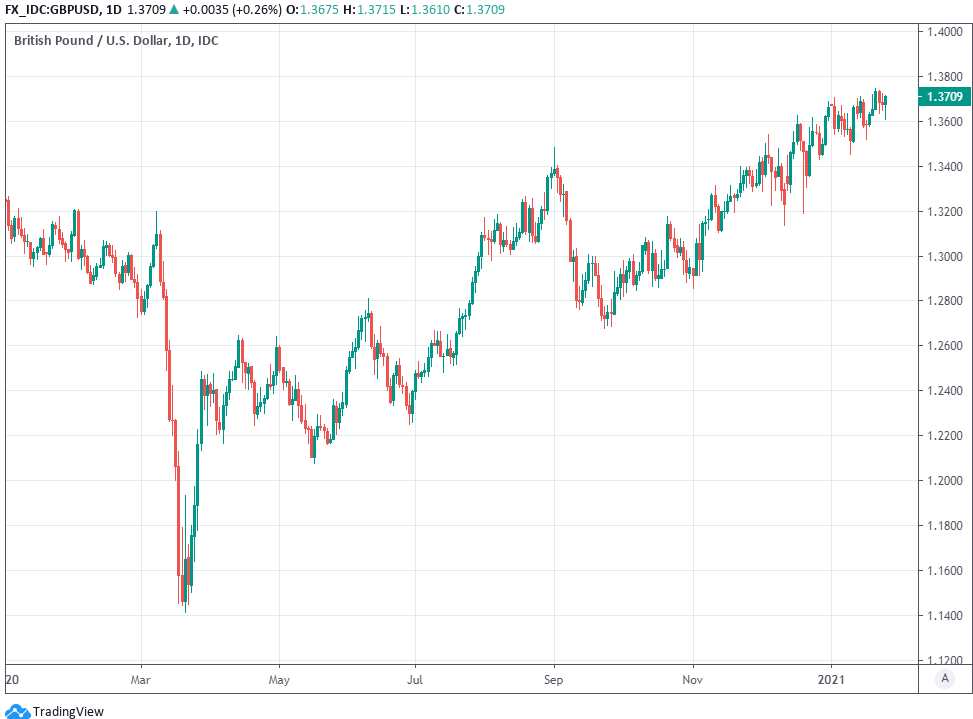 Furthermore, and with the government vaccinating close to half a million per day in the last week, it looked to be on track to meet a self-imposed target of having 15 million and all of the country's most vulnerable citizens vaccinated by the middle of February. The government is supported in its effort by the second largest vaccine order book in the world, which has been said to give the UK a shot at achieving herd immunity as early as June this year.

That in turn could give the economy the chance of a headstart on others in any 2021 global recovery, which is a potential boon for Sterling that can help promote additional gains for GBP/USD over the short and medium-term. Meanwhile, the technical backdrop on the charts is also increasingly supportive of the Pound, although the Pound-Dollar rate is said to need a daily close above Tuesday's 1.3720 in order to have a near-term shot at the 1.38 and 1.40 levels.

"A break above 1.3720/23 is needed to reassert the uptrend again for a resumption of the core uptrend to 1.3746/47 ahead of 1.3804 and then 1.3997/1.4000," says David Sneddon, head of technical analysis at Credit Suisse. "Whilst we remain of the view we are seeing the construction of a potential bullish “ascending triangle” continuation pattern, below 1.3624 would raise the prospect of further weakness within the range of the past month. We would then see scope for a fall to 1.3520." 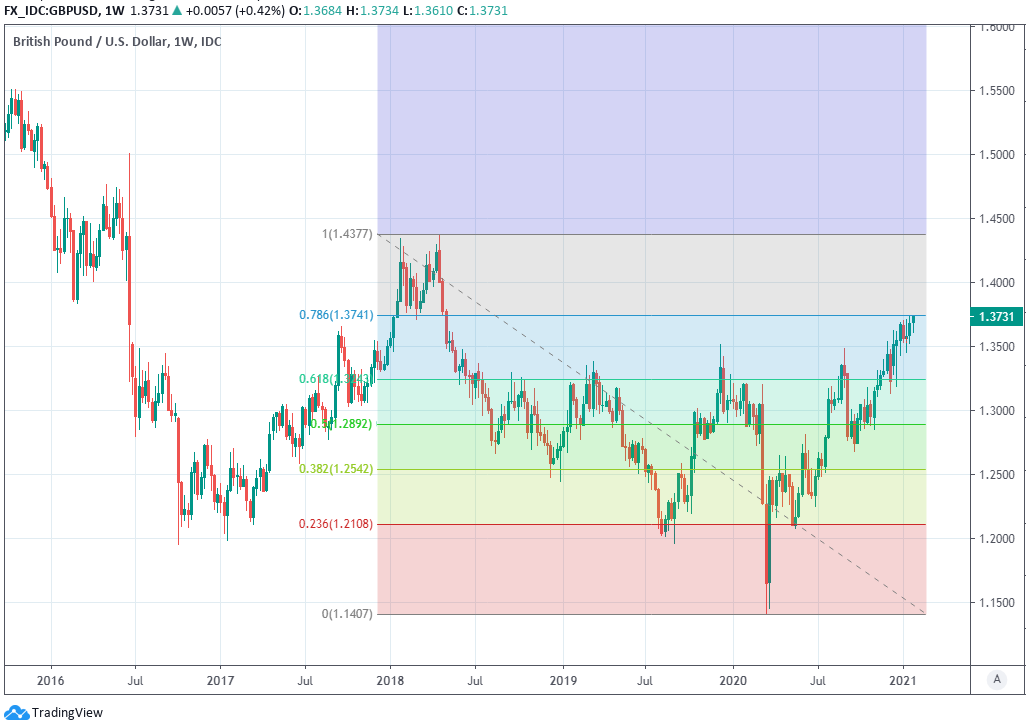