The Pound-to-Dollar rate extended its recovery off October lows on Tuesday and is tipped by TD Securities to remain on an upward trajectory into year-end, aided by a UK-EU trade deal that remains the bank’s favoured outcome.

Sterling continued to overlook rhetoric from London suggesting it’s on the verge of walking away from trade talks with the EU on Tuesday, having taken heart from European efforts to keep the discussions alive, with investors appearing to wager that a free trade deal of some sort will eventually be reached.

Brexit negotiators David Frost and Michel Barnier are reportedly set to speak via telephone Tuesday after Prime Minister Boris Johnson said on Friday the trade negotiations were over and that Barnier shouldn’t come to London without a “fundamental change of approach” to the talks.

“...the EU remains available to intensify talks in London this week, on all subjects, and based on legal texts," Barnier said via his Twitter account on Monday, which drew a skeptical response from ministers in London.

Differences remain between the two sides at least in relation to fisheries access, while the talks have hit the rocks since European leaders called on Downing Street last week to give in to their demands for the UK to adopt Brussels’ state aid framework after it departs the Brexit transition period on December 31. Europe is also seeking ‘level playing field’ clauses in a range of economic policy areas and continued access to  UK waters for continental fishing fleets.

“We view the UK's move as political theatre rather than a fundamental breakdown in talks, which are likely to re-start in the coming days. But the UK's is a risky strategy, and could lead to an accidental no deal,” writes Ned Rumpeltin, European head of FX strategy at TD Securities. 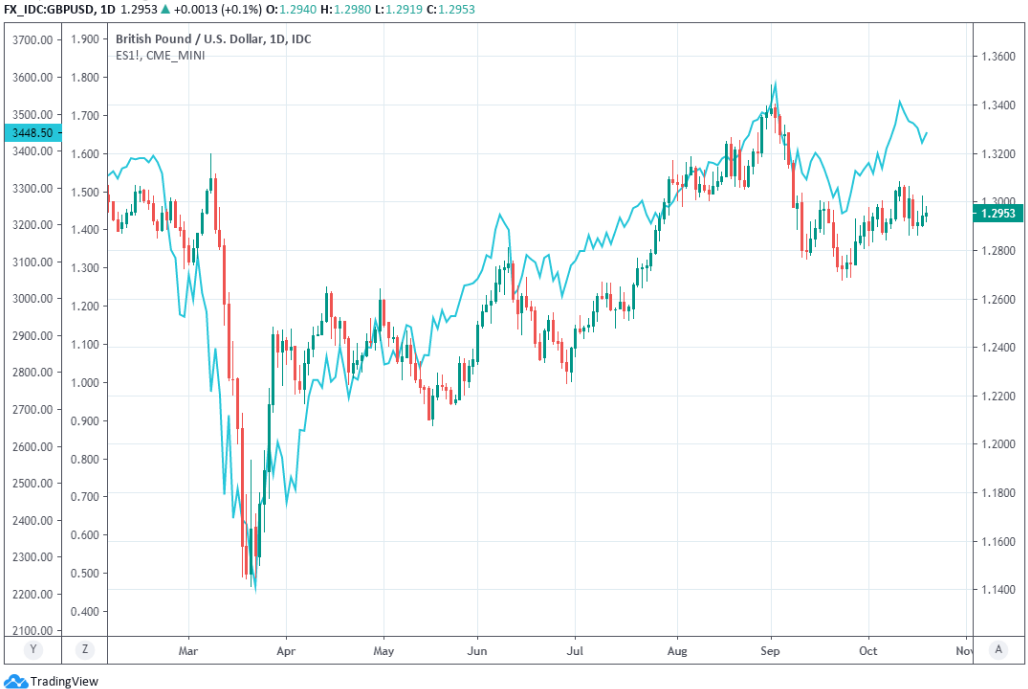 “Our current forecast profile already incorporates our base case scenario for an eventual deal to be reached in the weeks ahead. This leaves us fairly constructive on sterling on a longer-term basis, particularly in the context of a broadly-weaker USD. We continue to target a move up in GBPUSD to 1.35 for year-end," Rumpeltin says.

The Pound-to-Dollar rate was again approaching the 1.30 handle but could have another four percent to rise in the event that a deal is reached and the Dollar remains on its back foot into year-end, TD Securities estimates.

London has threatened to end the talks in the past only to remain at the table so investors may continue to call Downing Street’s bluff for at least as long as the two sides remain in contact and are attempting to reach a deal.

This could mean the Pound-to-Dollar rate remains upward biased for as long as investors’ appetite for risk appetite holds up.

Sterling is already significantly undervalued, with the Pound-to-Dollar rate’s long-term equilibrium likely around 1.51, TD research finds, which  effectively limits its downside even in the event that a trade deal isn’t reached with the EU.

“A no-deal surprise would naturally see a knee-jerk GBP sell off. This may remain somewhat contained, however, as a lot of bad news is now in the price and the UK has larger problems,” Rumpeltin says. “In a harder Brexit scenario, we think cable would still recover over a longer-term horizon, but more slowly, as much of what we expect next year will be about the dollar rather than just the pound. We would, of course, want to see how the dust settled.”

Rumpeltin and the TD team say that failure to reach a trade deal could result in the Pound-to-Dollar rate falling as far as 1.20 but that Sterling would be unlikely to remain at those levels for long, given its undervaluation and an anticipated weakening of the Dollar. 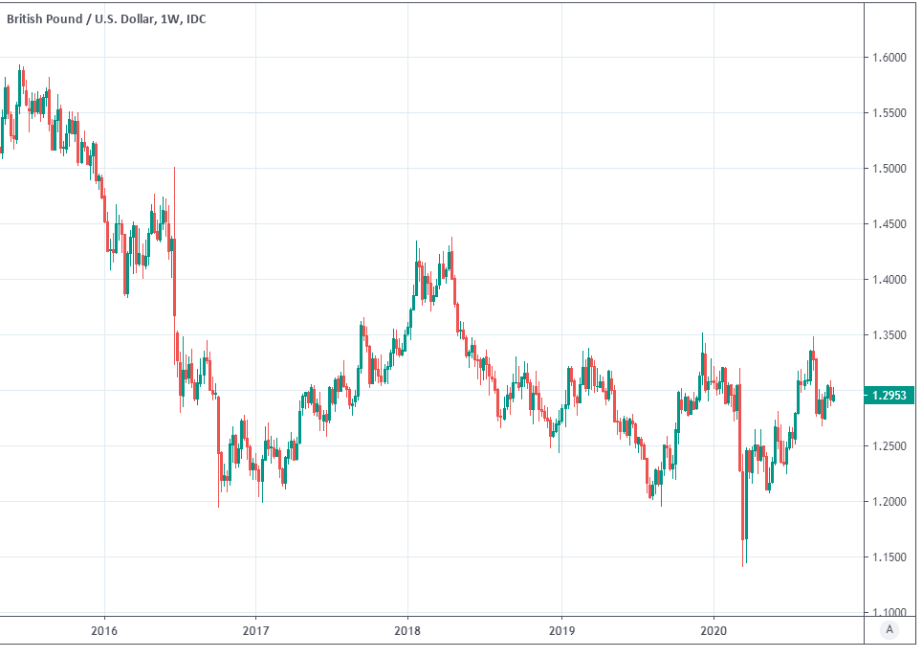 The market has turned decidedly bearish in its outlook for the Dollar in recent months, although many analysts have warned that pre-election jitters could put a floor under it for the time being.

In addition to election uncertainty, a continued absence of financial support for households from Washington and a European lurch toward renewed coronavirus inspired lockdowns has also tempered risk appetite in recent days.

The UK has been as caught up in its own second wave and subsequent tightening of restrictions as any other European country, with Wales the latest of the four countries to impose new measures when it announced a return to an all out ‘lockdown’ where all supposedly non essential workers must stay home.

Wales’ shutdown came hard on the heels of similar measures in Northern Ireland and as Scotland toys with the idea of its own so-called “circuit breaker.”

In England a number of northern and southeastern areas have been placed under the severest of restrictions possible within the new three-tier alert system, although this falls short of an all-out ‘lockdown’ like that seen in March.

“The UK is among the hardest-hit of the major economies by the pandemic. The current second wave presents additional challenges that still need to play out. This is likely to be a much bigger factor for sterling next year than Brexit,” Rumpeltin says. “Either way, the macro landscape points lower in the USD in the quarters ahead. • The degree and breadth of the USD move hinges on the outcome. If Trump narrows the polls (or results leads to a contested) election, the knee-jerk uncertainty should boost the USD. Still, a second Trump term is unlikely to rekindle the USD's magic.” 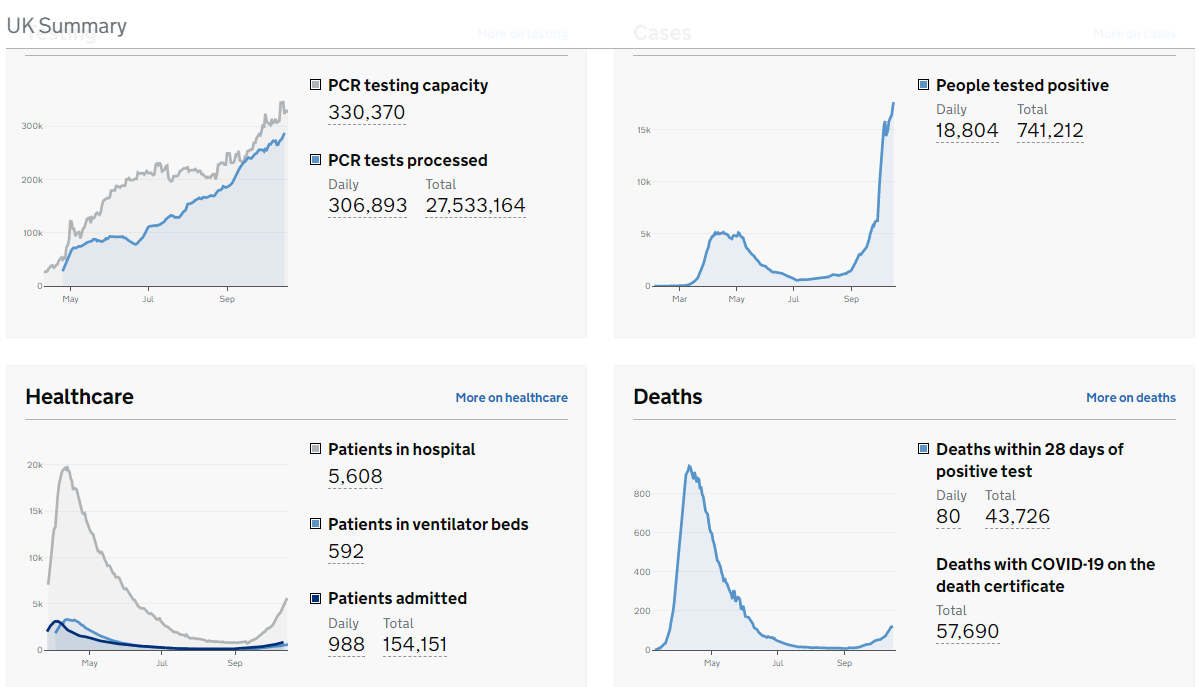