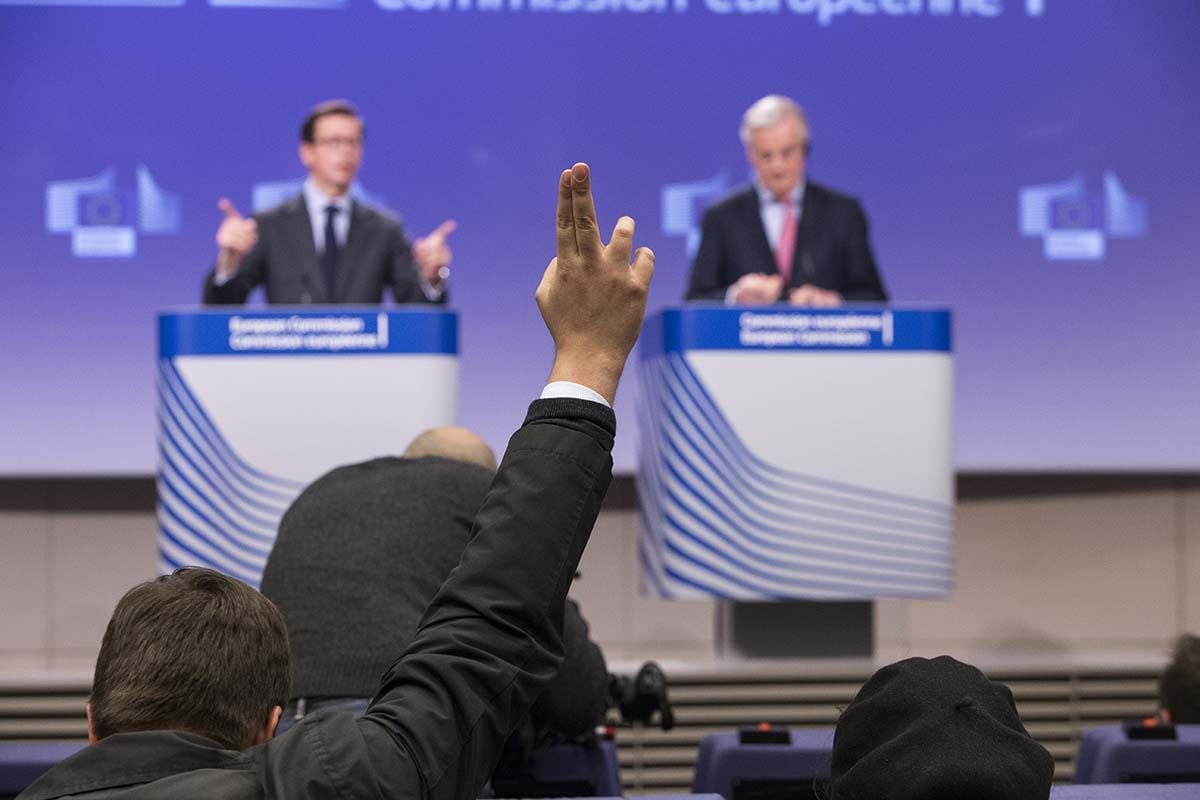 EU Chief Negotiator Michel Barnier said on Monday the EU was ready to engage in the legal texts required to finalise a deal while adding they EU are available to intensify negotiations, a development that was immediately welcomed by the UK government.

"As stated by President Ursula von der Leyen on Friday, I confirmed that the EU remains available to intensify talks in London this week, on all subjects, and based on legal texts," said Barnier on Monday. "We now wait for the UK’s reaction."

Michael Gove, the most senior cabinet minister after the Prime Minister, said Barnier's move "is constructive". Gove, who was in Parliament when Barnier's statemenent was released, told the House of Commons, "while I've been at the despatch box, it has been reported that there has been a constructive move on the part of the EU."

"There has been a constructive move on the part of the EU. I welcome that and we need to make sure we work on the basis of the proposed intensification that they propose, and I prefer to look forward in optimism rather than necessarily to look back in anger," said Gove.

The UK has for some time wanted to enter a period of intensified talks that included discussing all areas where outstanding issues remained, while emphasising a need to focus on common legal texts.

But the conclusion of last week's European Council summit actively pushed back on these desires and said the onus was solely on the UK to make concessions, something that rankled the UK to the extent that Prime Minister Boris Johnson on Friday said the EU had effectively lead him to conclude talks were over.

Johnson said on Friday talks would only continue if the EU made a substantive shift in its stance to negotiations.

The initial reaction by the UK government to Barnier's statement that confirmed an intensification of talks, a widening of scope and a desire to work on legal texts is therefore supportive of a view talks will continue as it allows the UK to row back from their position.

However, there was some confusion as to whether the UK was ready to engage in talks immediately as a spokesperson for the Prime Minister's office said what they needed was a committment by the EU to change its stance.

This view was echoed by the UK's Chief Negotiator David Frost, who responded to Barnier: "The EU still needs to make a fundamental change in approach to the talks and make clear it has done so. We will stay in close touch."

The UK's lukewarm response took the shine off Sterling's strong start to the week strong start to the week, with the Pound-to-Euro exchange rate advancing to 1.1050  before retreating back below 1.10 to quote at 1.0989 on Tuesday. The Pound-to-Dollar exchange rate went back above 1.30 on Monday before retreating back to 1.2939 on Tuesday.

Above: The Pound is the best performing major currency of the past month. If you have an ideal rate in mind you can put in an order now to secure it automatically when reached. Learn more here.

Despite the pullback in Sterling it is still trading at levels consistent with a market that is optimistic that the two sides will strike a deal before year-end.

"Those looking for clues on the Brexit outcome should look at GBP and its FX options derivative, where optimistic signals continue to resonate," says Richard Pace, an analyst at the Thomson Reuters currency desk. "Hedge funds continue to buy GBP on any dips – they were noted buyers of GBP/USD when the pair fell back under 1.2900 on Friday."

On Friday Prime Minister Boris Johnson said he believed negotiations had effectively ended after EU leaders released a statement saying the onus was on the UK to make compromises to secure a deal. In addition, the wording of the statement that followed the European Council summit omitted to commit to an intensification of talks, further souring relations.

Analysts at JP Morgan say the lack of Sterling downside was impressive on Friday, which gives them confidence to advocate a 'core long' and add on dips in GBP/USD.

Strategists at Citibank say they see an 80% probability that EU/UK will strike a deal by year end and are bullish on GBP/EUR. "If the worst that comes of negotiations is that the UK threatens No Deal but stays at the negotiating table, this looks a relatively sanguine outcome, as can be judged from the lack of Sterling’s response to Johnson’s comments on Friday," says a note from Citi.

Strategists at Natwest Markets meanwhile say they are impressed by the Pound's ongoing resilience despite the headlines, but that ultimately the Euro should make gains.

"GBP resilience in the face of broadening lockdowns and stalled Brexit talks is impressive, but is unlikely to last – we stay long EUR/GBP," says Paul Robson, Head of G10 FX Strategy at Natwest Markets.

The Pound is likely to remain sensitive to headlines and could continue therefore to display notable intraday volatility. But taking a step back the charts reveal Sterling exchange rates are relatively unmoved from where they were at the start of October, betraying a market that is ultimately in wait-and-see mode.

Markets are now placing a tentative deadline for talks around the mid-to-late November period, a cut-off point that exists because the European Parliament will need to see a deal by this point if it is to be ratified by year-end.

"Talks are expected to continue this week and could very well drag into the end of the month or even early November," says a weekly currency briefing from Barclays. "Our take remains that despite the apparent lack of meaningful progress, UK and EU leaders are ready to push negotiations to the brink before reaching a deal."

"We think that Sterling is likely to remain headline-driven in the near term, but downside is likely to be capped because of its undervaluation," add Barclays.