The Dollar unwound earlier gains Tuesday as risk appetites appeared to be revived by the return of North American traders, enabling Sterling to slip out into the lead among major currencies while others pared losses.

Sterling was out in front with a more-than half a percent lead over the greenback and having risen against all other major rivals, while the New Zealand Dollar was in second place but receiving stiff competition from the Swedish Krona.

Australia's commodity-backed and China sensitive Dollar was also paring losses while the oil-linked Canadian Loonie and Norwegian Krone were clear underperformers, remaining deep in the red against a retiring U.S. unit.

"Sterling gains are leading the USD lower into NY trade this morning as traders lighten up negative bets ahead of this week’s Brexit talks," says Eric Bregar, head of FX strategy at Exchange Bank of Canada. "Dollar/CAD is trading higher vis a vis yesterday’s NY close because of Aussie weakness, is off session highs now because of sterling strength, but on the whole is not doing much." 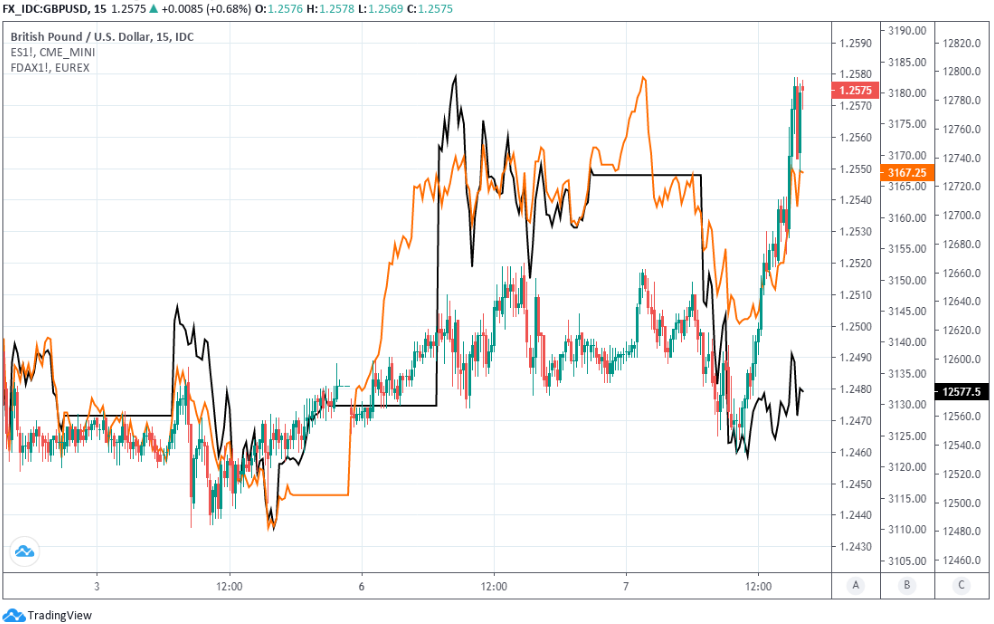 Sterling's gains followed months of underperformance and came as Brexit negotiators head for dinner at Downing Street to mark the beginning of a another round of talks about the future trade relationship. They also came ahead of Chancellor Rishi Sunak's eagerly awaited mini-budget due in early noon hours on Wednesday in which he's expected to announce further fiscal support designed to kick-start the recovery.

The Dollar's ebb began just ahead of the North American session and around the time President Donald Trump said via his Twitter account that the U.S. has "the lowest mortality rate in the world," citing an article from Washington Post.

This was toward the tailend of a European session that had made the greenback the best performing major currency while seeing stocks markets and commodity currencies soften.

The Dollar had gained from risk-aversion after Australia's second most populous state placed the Melbourne area back into 'lockdown.' Secretary of State Mike Pompeo's rhetoric on China may also have stoked demand for the Dollar and fears for the 'phase one deal' that ended the trade war. 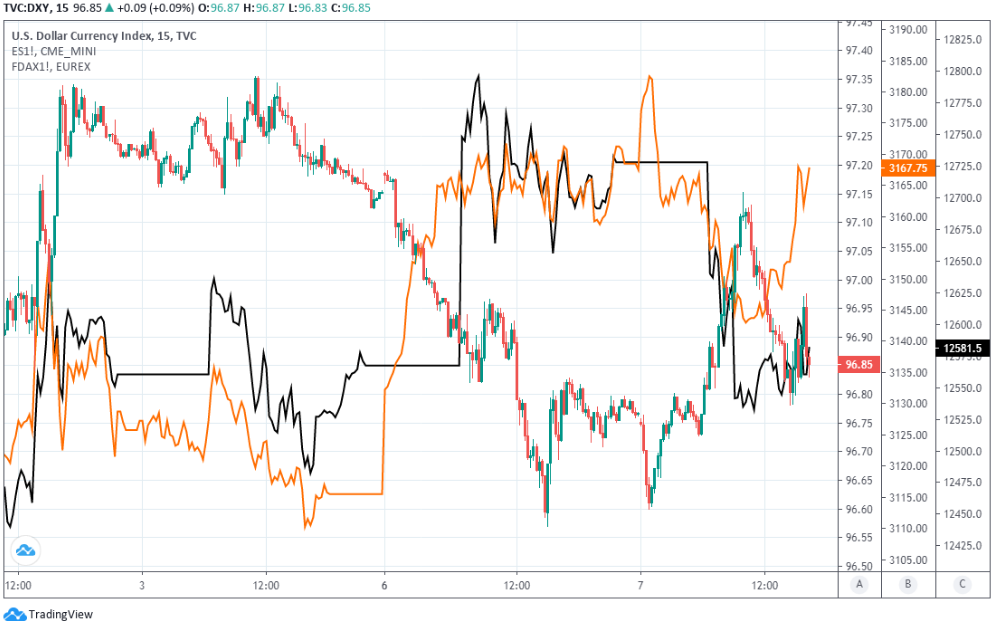 Above: Dollar Index shown at 15-minute intervals alongside alongside S&P 500 futures (orange) and DAX futures (black).

The Dollar Index had been rising since late in the Monday session however, which was when the Institute for Supply Management (ISM) non-manufacturing PMI suggested the U.S. services returned to growth last month, in spite of a second wave of coronavirus infections that swept the country heading into July.

Price moves have been modest though, and indicative of the ebb and flow of risk appetite within narrow ranges as stock markets continued a consolidation that began in early June when their recovery off March lows topped out.

"A ‘Second Wave’ in the US…makes it unlikely that the US will lead the globe in the initial phase of the recovery," says Bipan Rai, North American head of FX strategy at CIBC Capital Markets. "After consolidating, EUR/USD should head north of 1.15 barring a material setback in recovery fund talks this quarter. This view is negated if the 1.1150/75 level is removed. Gold is more of a strategic play on real interest rates continuing to fall and the insane level of activity from global printing presses." 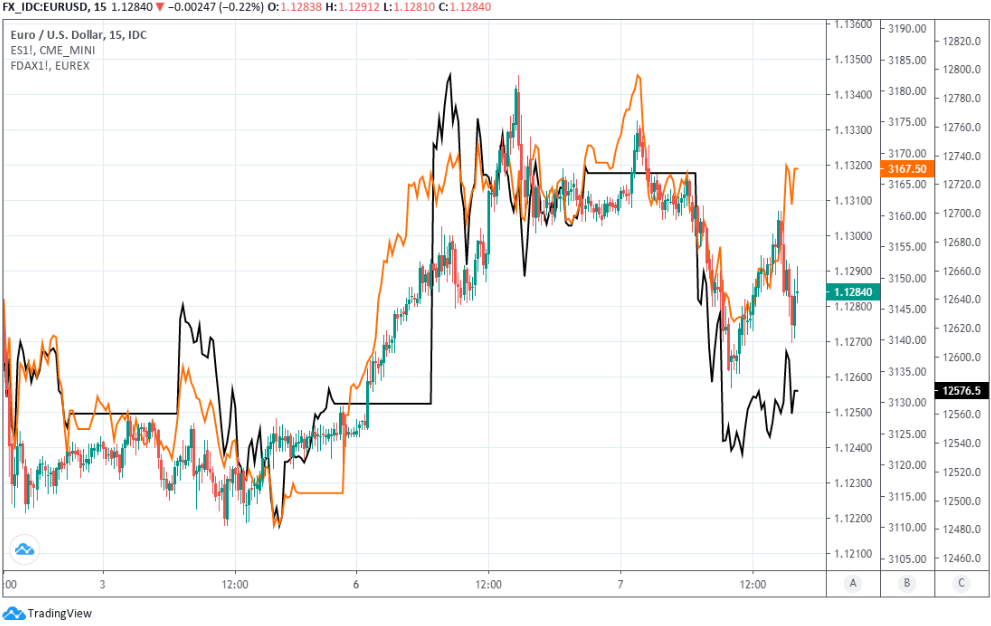 June's top in stock markets came after many had recovered the vast majority of their March losses and with investors looking ahead to the second half of the year in which a global economic recovery is expected to build further after having began midway through the second quarter.

The pecking order of performance among major currencies is seen as likely to be dictated by relative progress in the race to economic recovery, although most official growth figures are released with a lag of one month or more in major economies, which has left investors with little to go on in the interim.

"Eurozone retail sales rose by a record 17.8% in May as consumers returned to the shops. The recovery in consumer spending could have legs as the savings rate has spiked massively," says Jeroen Blokland, a multi-asset portfolio manager at Robeco, an investment firm with €171bn under management in 2019. "If the inevitable second Covid-19 wave can be contained and if government labor protections continue to prevent mass lay-offs, retail sales will continue to recover. Both ifs are reasonably realistic. This also suggests that the Eurozone might actually come out of this crisis better than the US will, which should be reflected in the price of Eurozone assets." 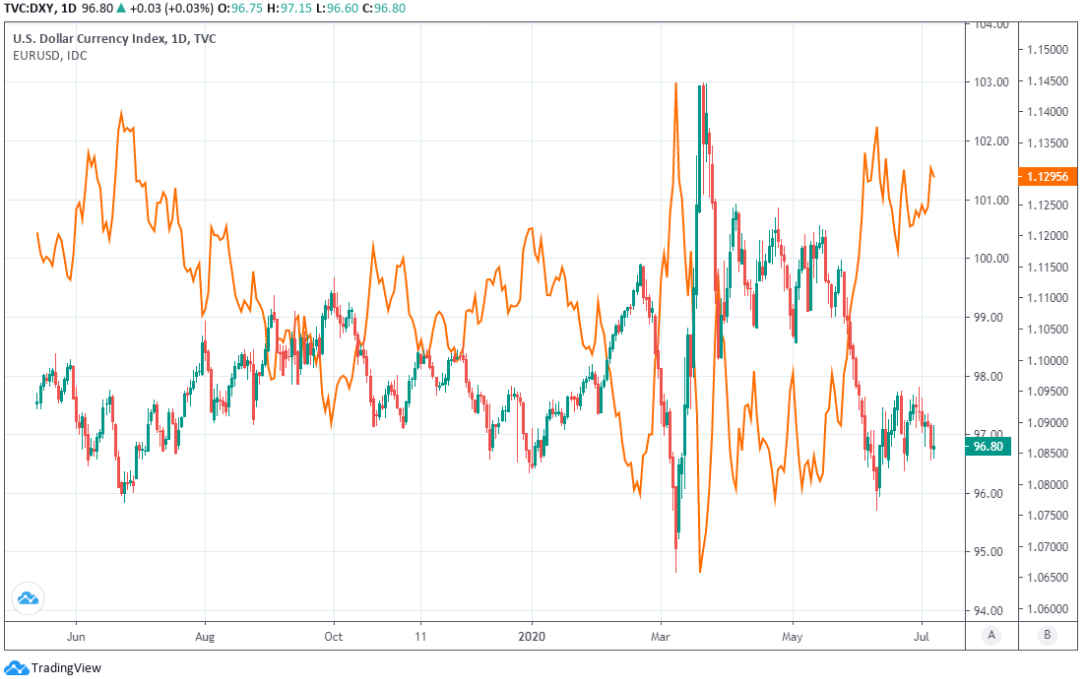