The Dollar pared gains over many rivals in the noon session Wednesday after official data revealed a surprisingly strong increase in inflation last month although its the looming Federal Reserve (Fed) interest rate decision and guidance that matters most on Wednesday to the outlook for weeks ahead.

U.S. inflation rose from 1.8% to 2.1% in November when markets had been looking for it top out at 2% however, the 'core' rate of inflation came in unchanged at 2.3% and in-line with the consensus.

Both numbers are now above the Fed's 2% target, although its the outlook for future inflation readings that matters most for interest rates.

Core inflation ignores volatile commodity items like energy and food as well as those that have regulated prices, like alcohol and tobacco, which is why central bankers tend to view it as a truer measure of domestically generated price pressures in the economy.

"The core readings of 0.2% MoM and 2.3% YoY were bang-on what the consensus had been looking for," says Royce Mendes, an economist at CIBC Capital Markets. "Even while the headline inflation rate accelerated to the fastest pace since November 2018, it was close enough to analysts' expectations that it shouldn't have much market reaction." 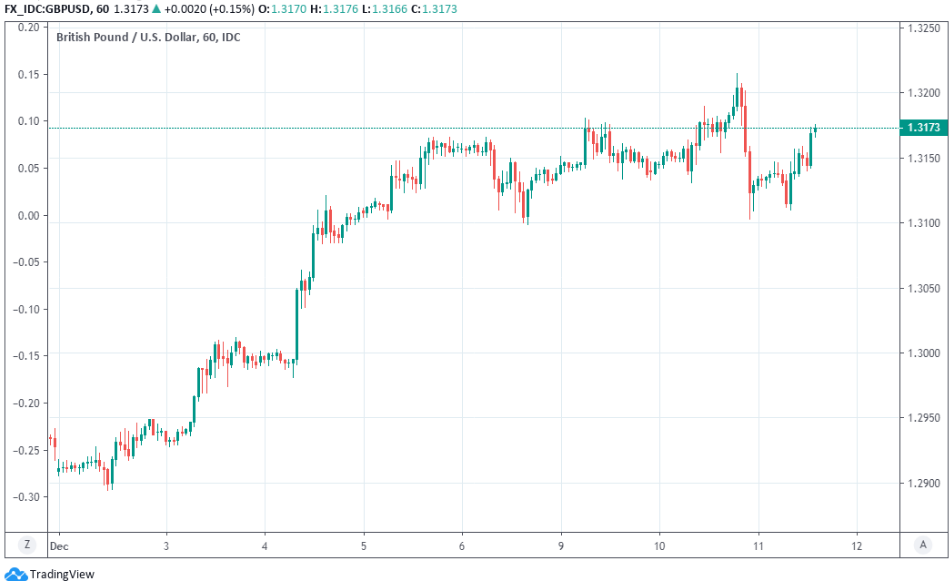 Markets care about inflation because the outlook for price growth dictates interest rate policy, which has significant influence over the capital flows as well as speculative short-term trading activity that govern the Dollar. Higher inflation normally tends to beget higher interest rates, which are normally positive for currencies and vice versa.

Wednesday's data comes just hours away from the December interest rate decision of the Federal Reserve, which will help set the trajectory of the Dollar and other currencies over the coming weeks, but particularly the greeback relative to low-yielders like the Euro, Yen and Swiss Franc.

The Dollar now enjoys the joint-highest interest rate of all major currencies. This and its safe-haven quality mean the greenback is still an attractive proposition to many investors and for that reason the U.S. currency retains an edge over lower-yielding rivals.

"There is little evidence that underlying inflation pressures are at risk of moving unsustainably higher or lower any time soon. That left the Fed with lots of flexibility to respond pre-emptively to growing fears about the global growth backdrop with 25 basis cuts in each of the last three policy decisions. The central bank is now widely expected to pause," says Nathan Janzen, a senior economist at RBC Capital Markets. "We look for the Fed to now remain on the sidelines through next year." 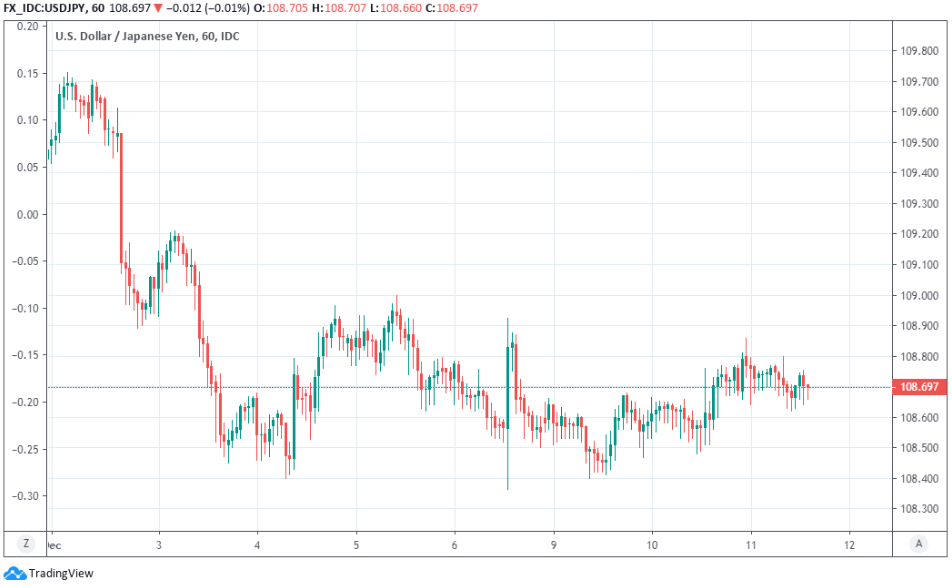 Consensus is looking for the Federal Open Market Committee to leave the Fed Funds rate unchanged in its current range of 1.5%-to-1.75% Wednesday, which will leave markets looking to the accompanying statement and new round of economic forecasts for clues on the outlook for rates and the Dollar.

The Fed will announce its decision at 19:00 and publish its final quarterly economic projections at the same time before Chairman Jerome Powell holds a press conference at 19:30. And Wednesday's inflation figures are another reason why the bank's recent 'dovishness' could fade at this meeting.

The Dollar had found support during the morning session, after two consecutive days of decline and a torrid time all last week.

"EURUSD is trading right at the mid-line of the last two months of price action and trying to find a pulse over the FOMC and ECB meetings today and tomorrow after recent record lows in shorter- and longer term options implied volatility. The recent bearish reversal in USDJPY not getting any support from higher bond yields and strong equity markets – but still impressed that we are trading below 109.00 despite the strong US jobs report Friday. Ten-year JGB’s trading above 0% are part of that story," says John Hardy, chief FX strategist at Saxo Bank. "Sterling is sharply weaker on one of the more influential polls suggesting a tightening of the race and the chief question here is the immediate size of the relief rally in GBP on the consensus outcome of a [Conserviative majority]. I would suggest around 1.3500 in GBPUSD."