- Senate vote may have ended four-day correction in the USD.

- Congressional bill on Hong Kong could sail onto statute book.

The Dollar rose against all major rivals other than safe-havens Wednesday after the Senate passed a bill threatening Hong Kong's special trade status and sanctions for Chinese officials if the city's independence is undermined, potentially ending another short-lived downward correction in the U.S. currency.

Lawmakers warned China against a violent response to protests in Honk Kong late Tuesday right after voting unanimously to advance the Hong Kong Human Rights and Democracy Act, which has drawn a rebuke from China along with threats of an unspecified retaliation if the bill makes it onto the statute book.

The bill passed by the Senate is different to that passed by the House in October, which means means the two chambers will have to agree a unified version before anything can be presented to President Donald Trump for signing. That could take weeks although once done, the bill is expected to become law even if President Trump refuses to sign it because there looks to be more than a two thirds congressional majority in favour of it.

"Notably, China has already stated it would take “strong countermeasures” in response to this bill, and it will now arrive on Trump’s desk just around the time that the “phase one” trade deal is supposed to be happening," says Michael Every, a senior strategist at Rabobank. "If so, have the horses the US is trying to trade effectively already bolted?" 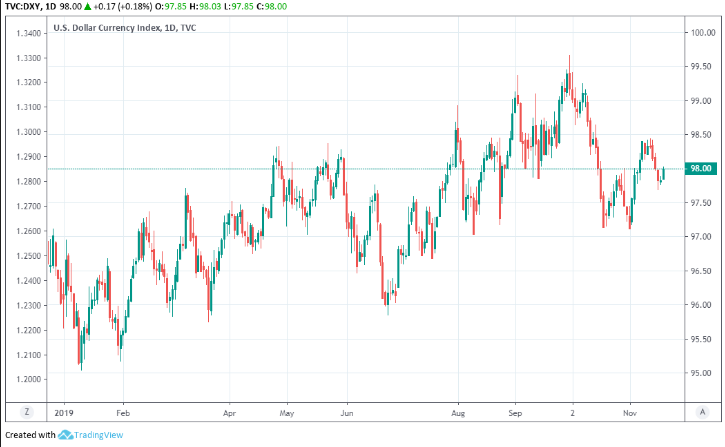 Vice President Mike Pence said Tuesday it would be difficult for the White House to sign a 'phase one deal' with China if it was to respond with violence to the ongoing protests in Hong Kong. Tensions are rising over unrest in the city right as efforts to firm up and formalise the October 11 agreement struck between President Trump and China's Vice Premier Liu He are faltering.

"This is a classic case of "global risk-off" seen purely through the lens of the FX space, but global risk assets and portions of the US yield curve also reflect the same sort of sentiment," says Stephen Gallo, European head of FX strategy at BMO Capital Markets. "We get the impression that global investors are starting to doubt the likelihood of a Phase 1 US/China deal being concluded this side of December 31 2019 - but how this plays out is anyone's guess."

The U.S. and China said in October they'd reached a deal to avert further hostilities but it's never even been written up on paper, much less officially entered into. And Trump's language on the subject has changed of late. He said on October 11 "we’ve come to a very substantial phase one deal" but since then has increasingly said only that such a thing "could be reached". And he threatened last week to raise tariffs "substantially" if a deal is not struck.

"A larger tariff roll back would be an encouraging development for financial markets and help further ease downside risks for the global growth outlook. It had been initially hoped that further tariff hikes scheduled for December would be suspended, and the USD110billion of tariff hikes imposed in September would be rolled back. If the tariff roll backs go even further then it will provide a positive catalyst for Asian, commodity and emerging market currencies. The proof though will be in the pudding," says Lee Hardman, an analyst at MUFG. 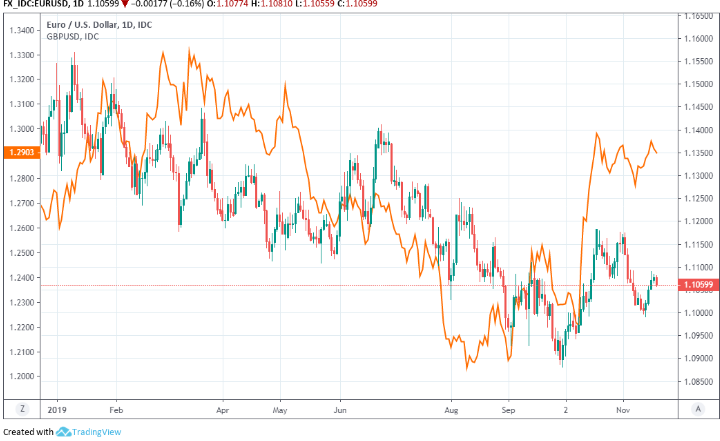 Bloomberg News reported Tuesday that U.S. and Chinese officials are trying to thrash out an agreement that removes some of the tariffs imposed by either side in the last 18 months. But just a day earlier CNBC reported that China's government is pessimistic about the prospect of finalising a 'phase one deal' because the White House isreluctant to remove enough of the tariffs.

It remains the case that new tariffs will be imposed on all of China's remaining annual exports to the U.S. on December 15, although it was hoped that an October 11 'in principle' agreement would ultimately avert those levies.

"I do not see how a US-China trade deal of any sort can be accomplished if this bill becomes law. That general sense seems to be settling over markets since late yesterday as risk sentiment has deteriorated sharply," says John Hardy, chief FX strategist at Saxo Bank. "NZDUSD looks overambitious at these levels given the backdrop and a close back below 0.6400 would underline that point." 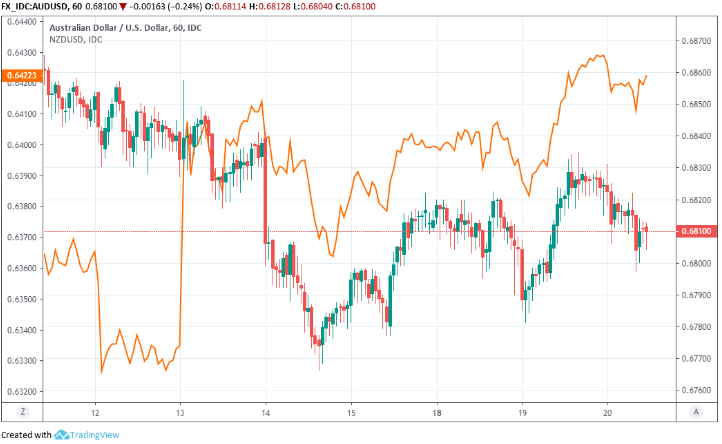 The Dollar has done well from trade tensions in the past, mostly at the expense of the China-exposed Euro and the commodity-backed as well as China-exporting antipodean currencies. It was up against all of those mid-week as well as Sterling, but down relative to the safe-haven Yen and Swiss Franc.

Support for the Dollar had been undermined last week by poor economic data that incited further falls in U.S. government bonds yields that were initially triggered by Trump's belcose rhetoric on trade and the 2020 election at The Economic Club of New York.

"Surprised to see AUDUSD still near 0.6800 after the overnight news flow – significant risks for the AUD will mount if risk off based on US-China trade tensions continues here. The 0.6770 area in AUDUSD a notable technical level," Hardy says. "China concerns are a net euro negative and we are all waiting for the next signals from EU policymakers – a EURJPY downdraft one way to trade further risk off on US-China concerns while avoiding the USD." 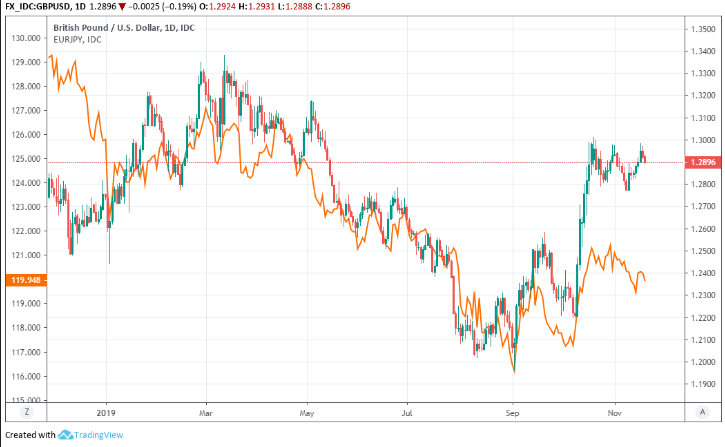 The four-day downward correction by the Dollar Index appears to have been stopped in its tracks this week after Tuesday's CNBC report put a floor beneath the greenback and the Senate vote incited it to further gains on Wednesday.

It only takes a decline in the China-sensitive Euro to produce an increase in the Dollar index because the single currency has more than a fifty percent weighting in the barometer of the broad greenback, largely owing to its significant share of overall turnover in the market.

However, and oftentimes in reality, Euro losses that materialise amid increasing trade tensions are almost always accompanied by declines for the Australian and New Zealand Dollars. Pound Sterling can sometimes buck the trend if Brexit developments permit but often it too finds itself on the back foot. 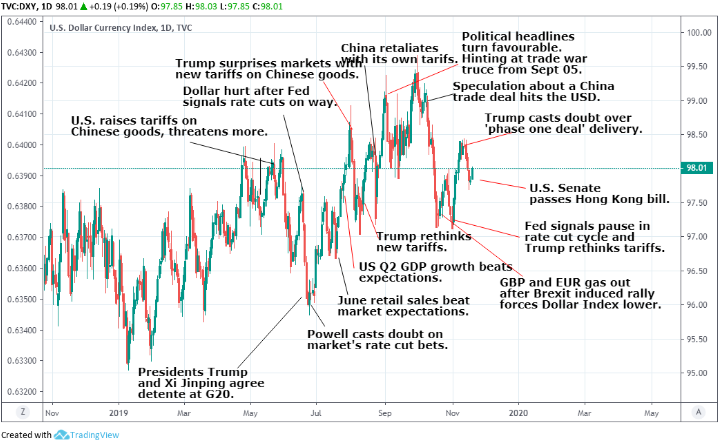