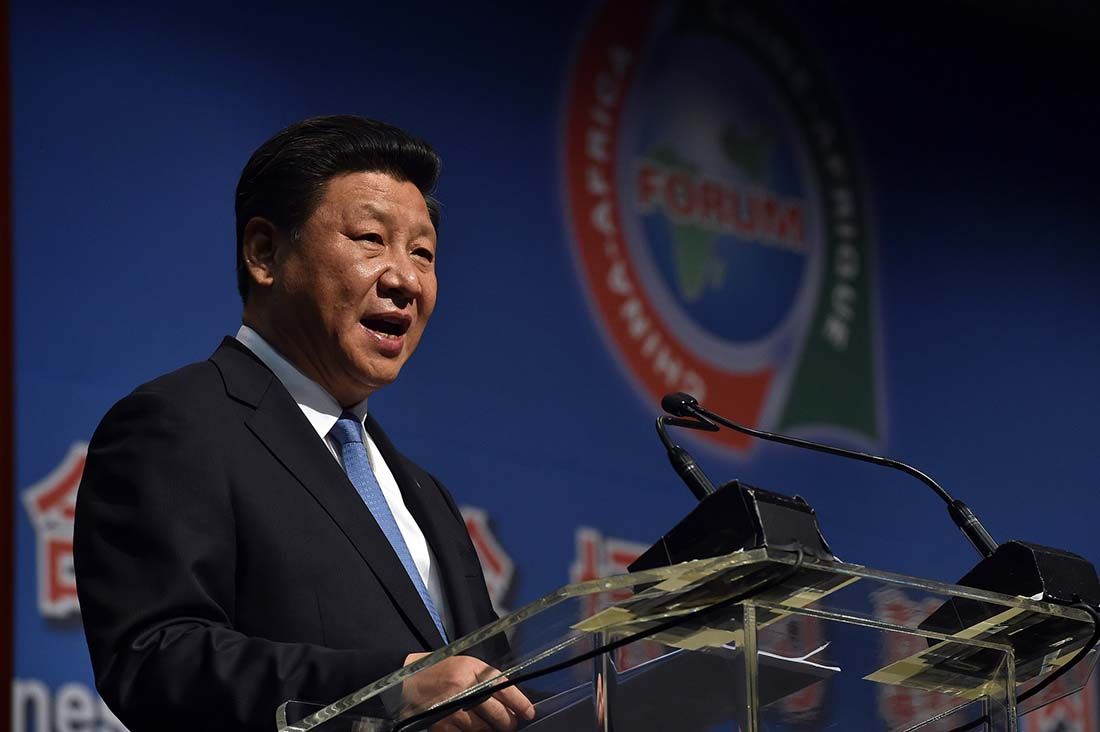 The Dollar advanced against most rivals in a risk-off market Monday as investors expressed scepticism over the partial trade accord unveiled by the U.S. and China late last week, leading the prior increase in so-called risk assets to be begin to unwind at the beginning of the new week.

President Donald Trump said late Friday the U.S. and China had reached "a very substantial phase one deal" that averts an increase in tariffs that was planned for Tuesday 15 October, which would have risked putting the already-slowing global economy under further pressure.

The agreement covers key issues like intellectual property protections for U.S. companies in China, as well as financial services, with U.S. banks now likely to be given access to the large and coveted Chinese market.

China has also agreed arrangements relating to the Renminbi that Treasury Secretary Steven Mnuchin described as "an agreement around transparency into the foreign exchange markets and free markets". In addition, it will increase purchases of agricultural products. 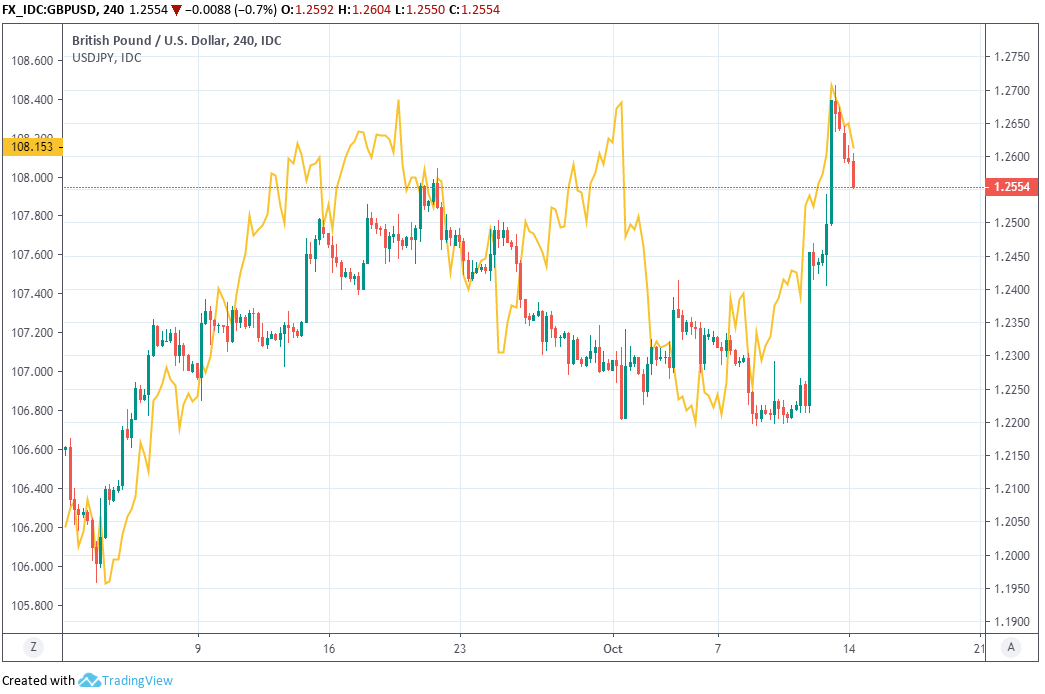 "At this stage, tariffs on all remaining Chinese imports into the US are still scheduled to go ahead on 15 December.  Hence, we believe the USD should remain supported against most currencies.  Market participants are looking for a signed agreement between Presidents’ Trump and Xi," says Kim Mundy, a strategist at Commonwealth Bank of Australia.

The rub for markets is that it will be weeks before accord, which is simply the first of a multi-phase deal, is written on paper and signed which means there's still plenty of scope for the whole thing to fall apart. The U.S. and China have struck a number of agreements that were meant to put the tariff fight on ice over the last 18 months but they've always fallen apart soon after and price action in financial markets on Monday suggested investors at least suspect the same thing might happen again here.

Safe-haven currencies like the Dollar, Yen and Swiss Franc all outperformed Monday while 'risk' currencies like the Aussie and New Zealand Dollars underperformed. Stocks markets were lower in Europe, oil prices were down and the gold price was up. Bond yields, which tend to fall during times of unease in markets, were down as well. 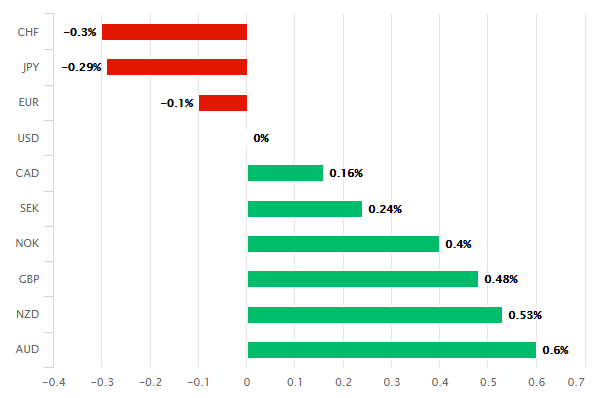 "There is a long way to go before even an interim deal is put to paper," says Fritz Louw, an analyst at MUFG. "This truce remains a “Deal in Name Only” as there is no clear enforcement mechanism attached to the deal. President Trump has laid out plans for potentially two further phases of negotiations which would include further talks on intellectual property protection and forced technology transfer. With a more comprehensive deal still a distant prospect, we expect the yen would need significantly more optimism before heading back above the 109.00 level against the US dollar."

The global economy has slowed sharply in the last year as the U.S. and China imposed round after round of new punitive tariffs on imports of goods from the other side, damaging multinational supply chains and disrupting international trade. Europe's trade-sensitive economy has arguably been the greatest victim of the scrap so far but more recently, both the U.S. and China have shown signs that they are also beginning to suffer.

President Trump had threatened to lift from 25% to 30%, the tariff on $250 bn of imports from China this Tuesday and is still threatening to impose a new 15% tariff on all of China's remaining annual exports to the U.S. if it doesn't agree reforms to its "unfair" trade practices. The damage done by the tariff fight has already forced central banks the world over to either begin cutting their interest rates, or at least to warn that they could do so in the near future.

"I still consider it a small step forward. An intensification of the trade conflict has been avoided. However, since this won't significantly ease the burden on the global economy, the arithmetic of the currency markets is unlikely to change much in the medium term, i.e. demand for the dollar may remain rather buoyant," says Marc Andre-Fongern at MAF Global Forex. 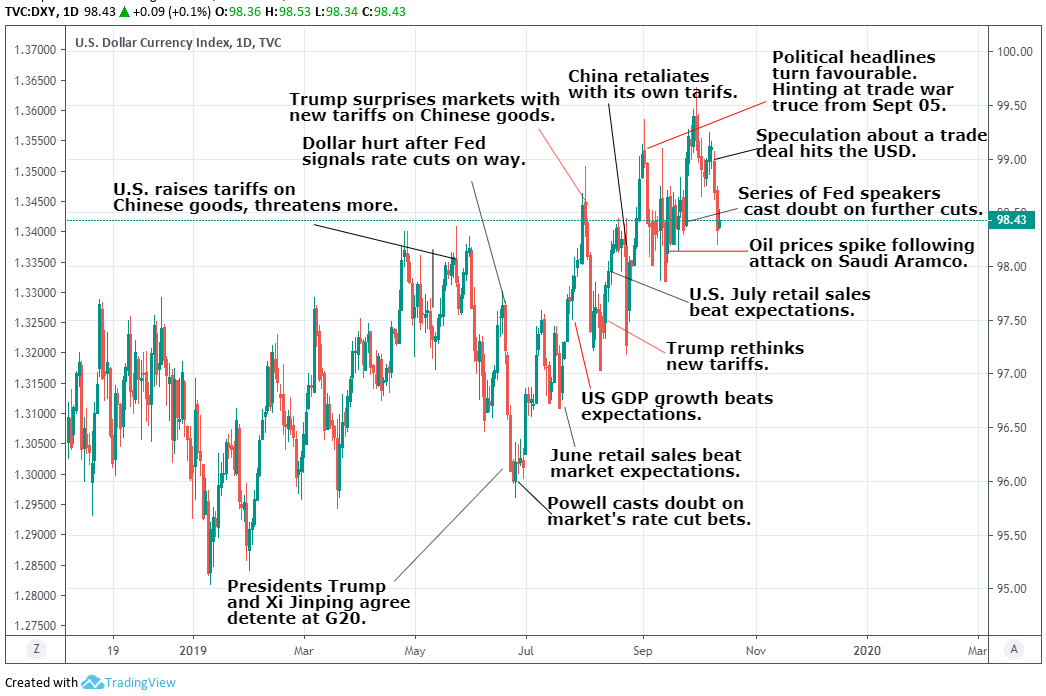 Federal Reserve Chairman Jerome Powell came across unconvinced last Tuesday that there is any need for further rate cuts in the U.S., despite a duo of Institute of Supply Management (ISM) surveys released last week that showed manufacturing output hitting a decade low and troubles in the factory sector spilling over into the broader economy. This could mean that, so long as markets see some prospect of further tariff increases being averted, the Fed might want to wait before cutting rates again.

The Fed has cut U.S. borrowing costs twice this year but its interest rate is still at 2%, far higher than anything else in the developed world, which has helped keep the Dollar supported. And although markets have still betting it'll cut further in the months ahead, the latest developments in the trade war make it less likely the bank will indulge investors. They've also left some looking for a continuation of the Dollar's dominance in the market.

"While the tentative US-China mini deal is non-negative for markets (and in part exceeded the previously low market expectations) it in our view does not offer a durable solution to the trade conflict," says Petr Krpata, a strategist at ING. "The handshake agreement only points towards an increase in Chinese purchases of US agricultural goods and no additional US tariffs. This is not enough to reverse soft business sentiment and depressed production and investment in manufacturing around the world.  Hence, we look for a rather short-lived boost to EM FX and cyclical G10 currencies."