- GBP to continue rising but risks a short-term correction.

- GBp to be moved by Brexit; as USD eyes Fed decision.

The Pound-to-Dollar rate is set to begin trading around 1.2485 at the beginning of the new week after closing the previous one around 1.68% higher on Friday and studies of the charts suggest the pair has established a new uptrend that could take it higher in the days ahead.

The 4 hour chart, used to determine the short-term outlook over the coming week, shows how the pair has risen in a 3-wave price pattern called a measured move that has an upside target of 1.2640. A break above the 1.2510 level would confirm a move up to 1.2640 is in the pipeline, with the target being an extrapolation of the A-B leg.

However, the relaitve-strength-index (RSI) momentum indicator is close to the overbought zone, which could indicate that some profit-taking lies on the horizon and a pull-back is possible in the short-term before the up-move resumes. 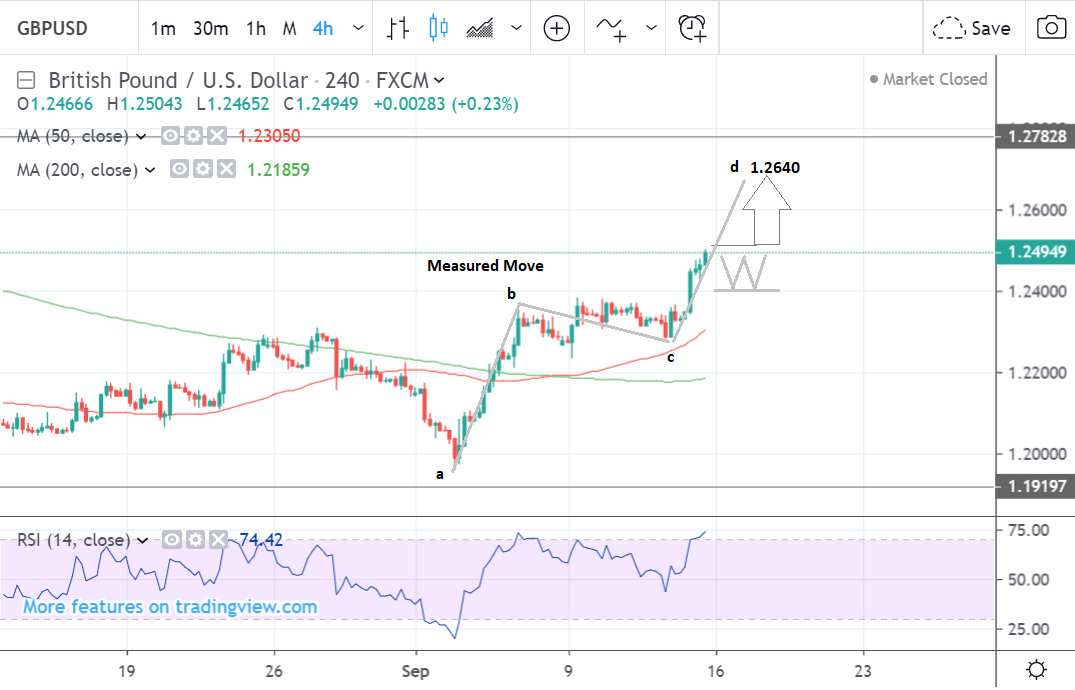 The daily chart shows how the pair broke through resistance at the 50-day moving average (MA) and continued its uptrend higher last week. A continuation of this move is quite possible over the medium term, likely taking the market to a target at 1.2730, where a tough band of resistance composed of some major moving averages and a key historic high is situated. The daily chart is used to analyse the medium-term trend, which is the next month of price action. 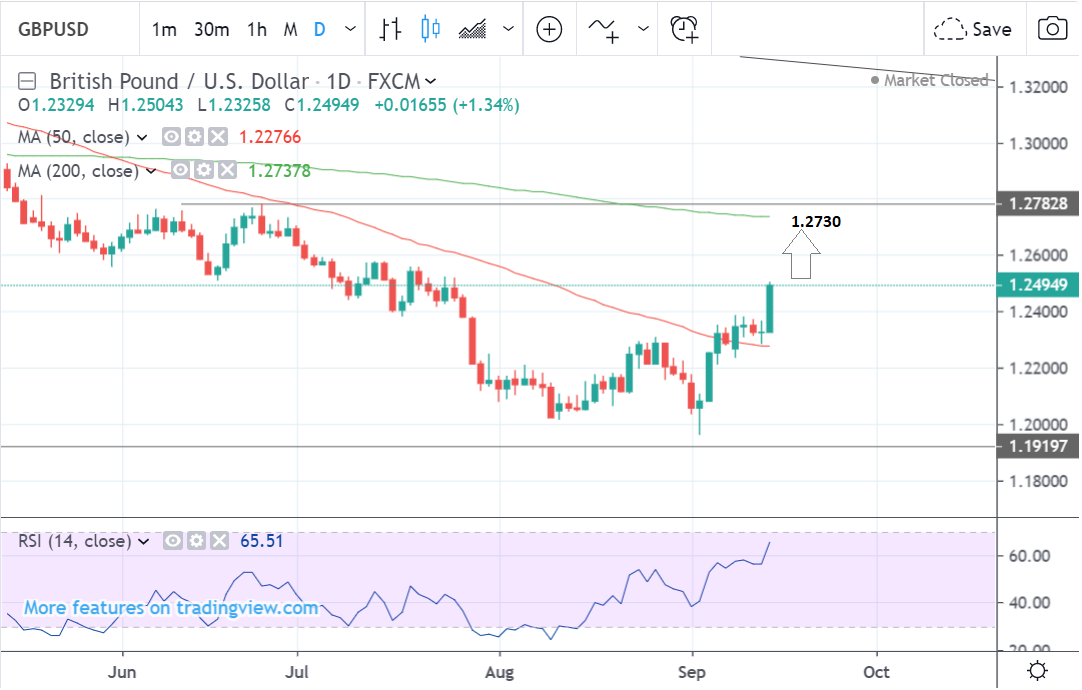 The weekly chart shows the pair rising strongly from the recent lows, which were close to the major October 2016 lows. The pair has formed a reversal candlestick followed by a strong and long, green up week, which is bullish confirmation.

The RSI momentum indicator is looking constructive after rising relatively strongly out of the oversold zone. The pair is showing the potential to continue its recovery up to an initial target in the 1.27s, followed by a potential move up to 1.3000 and the level of the major trendline thereafter. 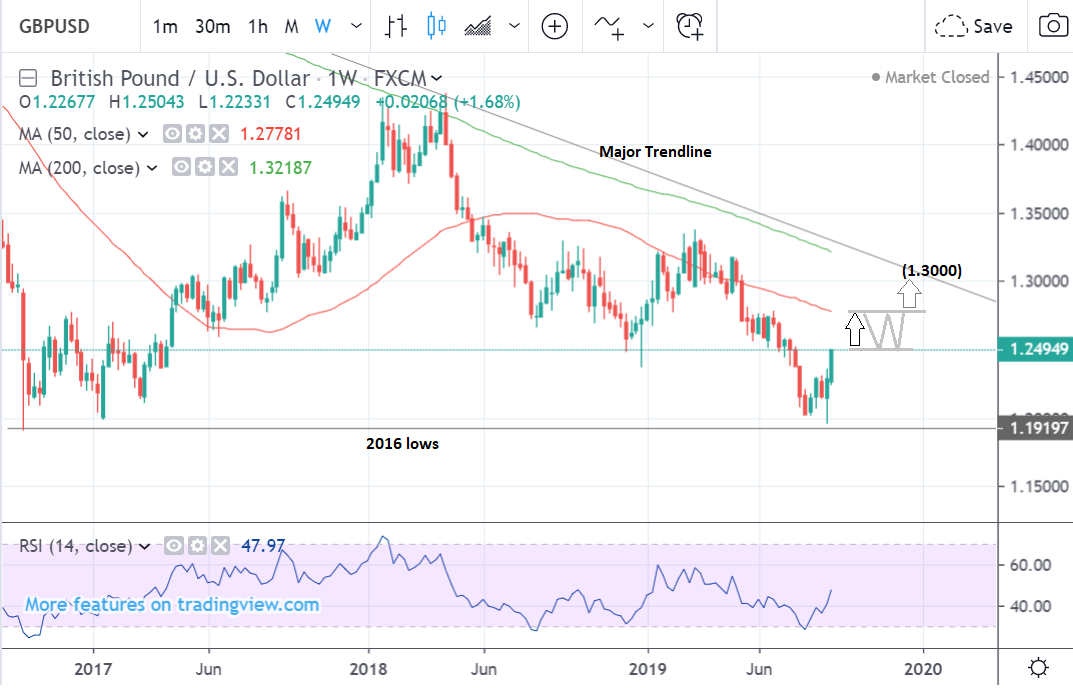 The main driver of the Dollar in the coming week is the Federal Reserve (Fed) interest rate decision and guidance due out on Wednesday at 19.00 London time. Most analysts expect the Fed to lower interest rates by at least 0.25%, but possibly by more.

A 0.25% cut is the current consensus expectation and has already been priced into Dollar exchange rates. A deeper 0.50% cut is also possible and would weaken the Dollar. U.S. data has been positive lately and this combined with easing trade tensions has lowered the odds of a large cut.

According to market gauges of rate expectations there is a 79.6% probability of a 0.25% cut at the meeting on Wednesday, and a 20.4% possibility of no-change. Lower interest rates are usually negative for currencies because they make the jurisdiction less attractive to foreign investors looking for somewhere to park their money., leading to lesser capital inflows and in some cases, outflows.

“The US central bank is widely anticipated to lower the federal funds rate by 25 basis points to a target range of 1.75-2.00% on Wednesday. But with the cut already fully priced in, investors will be more interested in the updated economic projections and dot plot,” says Raffi Boyadijian, an analyst at XM.com. “The easing in trade tensions has led to some paring back of aggressive rate hike bets in recent days but if the Federal Open Market Committee’s (FOMC) predicted rate path is still substantially above that of the markets’, Treasury notes are likely to be sold off, driving yields higher and in turn, the US dollar.”