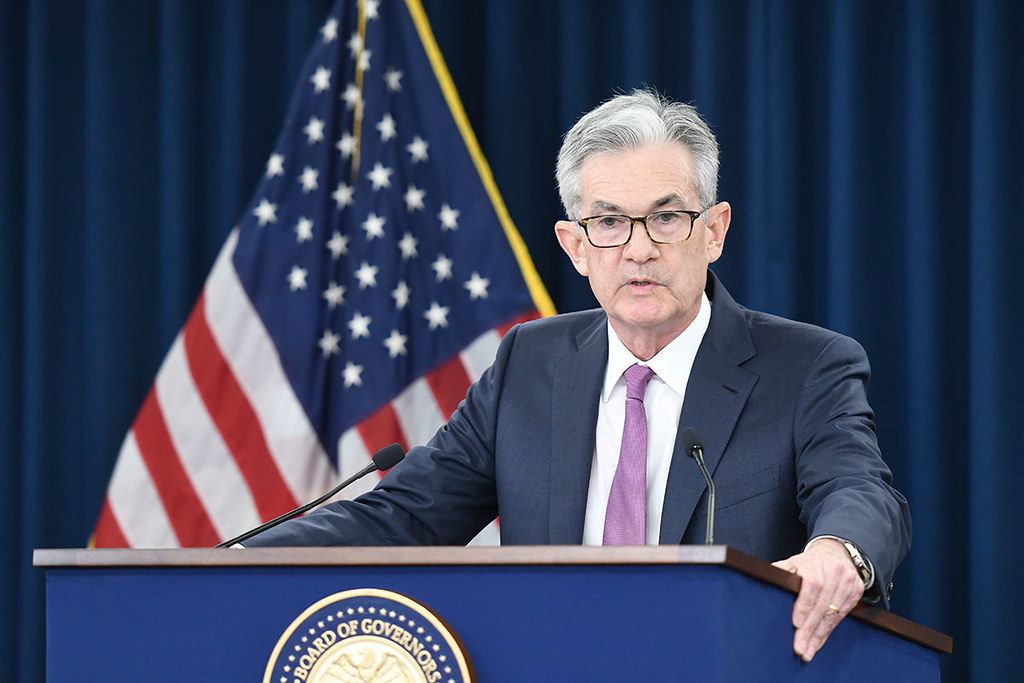 - Trump is back on the campaign trail, and this is bad news for Powell

According to reporter Jennifer Jacobs at Bloomberg, Trump told confidants as recently as Wednesday that he believes he has the authority to replace Jerome Powell as chairman of the Federal Reserve Board.

The news put further pressure on the Dollar, with markets now having to seriously contend with the prospect of managerial instability at one of the world's most important financial institutions.

The Dollar had already been under pressure in the wake of the Fed's latest policy event which saw Powell and his team indicate they were ready to start cutting interest rates, markets are now expecting two interest rate cuts in 2019 with the first coming as early as July.

The report does however caution that while Trump is considering demoting Powell, an announcement isn't imminent.

"If this was a reaction to the Trump-Powell report, then it is likely we will see a reversal of some description. If investors believed Powell's position is in jeopardy, equity markets would have sold off hard," says Noonan.

But to us, this is something to watch as it looks as though the U.S. President is trying to force the Fed into easing monetary conditions to boost the domestic economy to serve his political future.

Tuesday saw Trump launch his official re-election campaign, and he knows if the economy is sagging when Americans go to the polling booth he might be in trouble: Trump is again making the economy central to his campaign. Therefore, the threat to the independence and stability of the Federal Reserve is something that will come alive in a major way were the U.S. economy to start slowing over coming months.

By using the Fed to pump easy money into the economy, the risk of a slowdown ahead of voting day is diminished.

Trump this week aimed his guns at the European Central Bank after it was announced on Tuesday that officials were considering cutting interest rates and/or boosting quantitative easing at a later point in 2019.

Trump said the decision by the ECB created an unfair advantage for the Eurozone economy, when contrasted to the U.S. economy which now has a central bank offering some of the highest interest rates in the developed world. It looks to us that Trump is not so much conserned about the relative advantage to the EU economy of ECB policy, rather he is using the ECB example as a way to get a message across to his own central bank.

This is a political move by Trump, and while markets might see little chance of Powell going in the near-term, markets know full well that the U.S. President does not shy away from taking unconventional decisions and they will therefore be wary over coming months.

Wednesday saw the US Fed opting to keep interest rates unchanged, but the FOMC did send a dovish message by signalling the possibility of a rate cut, which the markets believe could be at the next meeting in July.

The update to the FOMC’s interest rate projections (the ‘dot plot’) showed that 8 of the 17 Committee members now expect rates to move lower in 2019, with a majority for a rate cut by 2020 – although they also predict a hike in 2021. 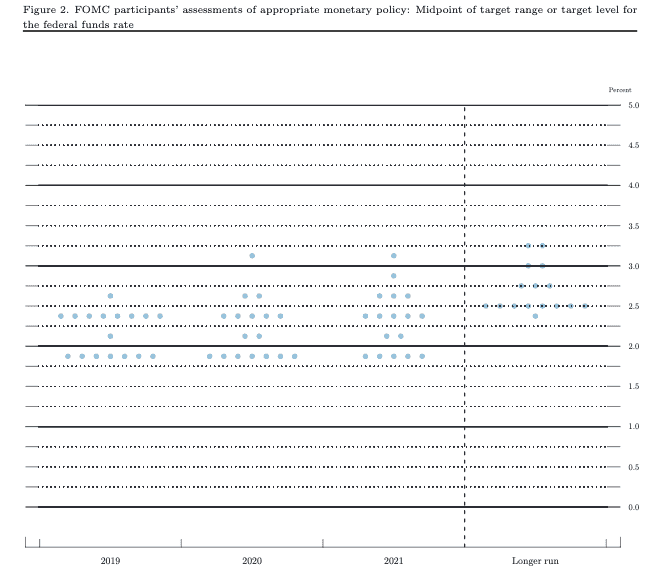 "The FOMC did nothing. But then again, they sent a clear enough message that a move is coming, that the market prices a 100% chance of a cut in July, up from an 82% chance before the meeting. The chance of three cuts between now and Christmas is now 70%, compared to 47% before the meeting. They justified the move on the back of benign inflation, while their economic assessment is reasonable upbeat. That was perceived an invitation to buy bonds, equities and any currency other than the dollar," says Kit Juckes, a foreign exchange strategist with Société Générale in London.

Notable change to the FOMC’s statement include the removal of "patient" in the forward guidance because "uncertainties about outlook have increased".

The FOMC downgraded their description of current economic activity and noted that market based measures of inflation compensation have “declined” rather than “remained low” as they had done in May.

"Listening to Fed Chair Powell during the press conference, we also think he was dovish. While he highlighted the Fed wants more information before delivering, he hinted that data needed to improve and (trade) uncertainty needed to fade to really change the rate path outlook. Another interesting thing was that he said the Fed has not yet discussed whether rate cuts should be 25bp or 50bp. That said, it also seems clear to us that the Fed is not in panic mode and any rate cuts should be seen as insurance cuts, not recession cuts," says Mikael Olai Milhøj, Senior Analyst with Danske Bank.

Concerning the outlook, Milhøj does not expect U.S. economic data turning around for the better while noting the risk of no breakthrough in the trade talks before the next Fed meeting, "
which should pave the way for a continued trend lower in the USD".