The Pound-to-Dollar exchange rate has plummeted to fresh lows after reports the Labour party has withdrawn from cross-party Brexit talks, increasing uncertainty around the UK’s withdrawal from the EU and reviving the odds of a ‘no-deal’ Brexit.

GBP/USD is currently trading at 1.2760 after dropping another 20 pips following the news of Labour’s withdrawal. In the process, it broke through the important 1.2770 February lows - a potential game-changing level for the pair. 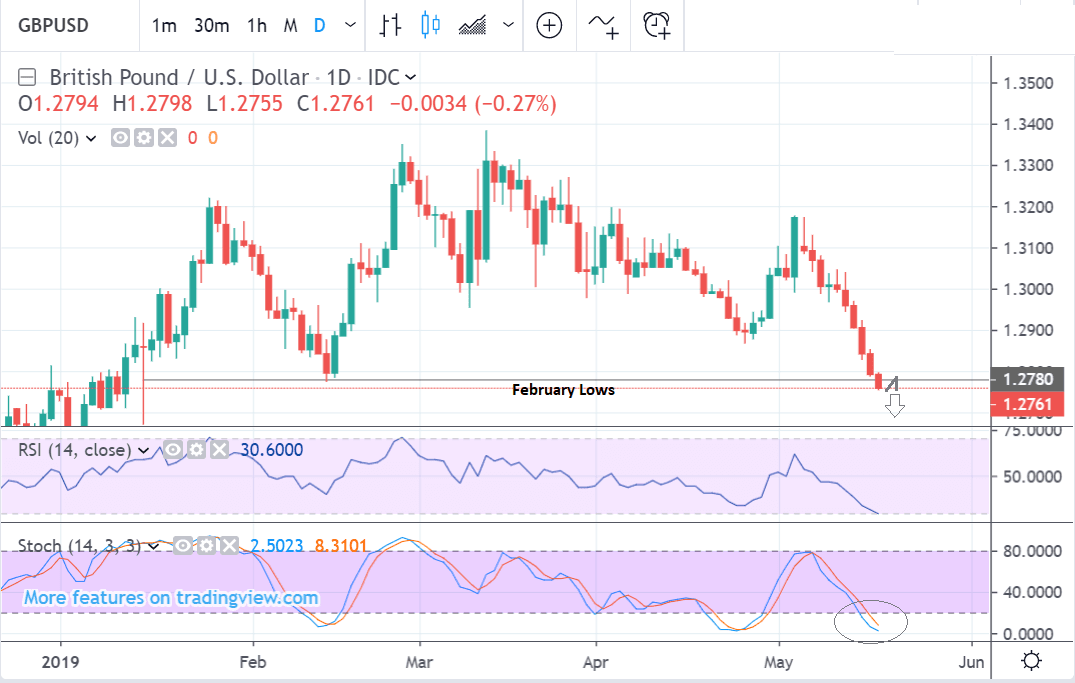 In our week ahead analysis we noted how a break below the February lows would signal the onset of a much more bearish environment and a continuation down to a target at 1.2600. Well, now that this has happened, the pair is forecast to extend towards the aforesaid target.

We are not the only analysts who see 1.2770 as important, Richard Perry, market analyst at FX broker Hantec Markets also sees 1.2770 as a game-changer, with a break below ushering in a much stronger bearish climate and a decline to 1.2700. 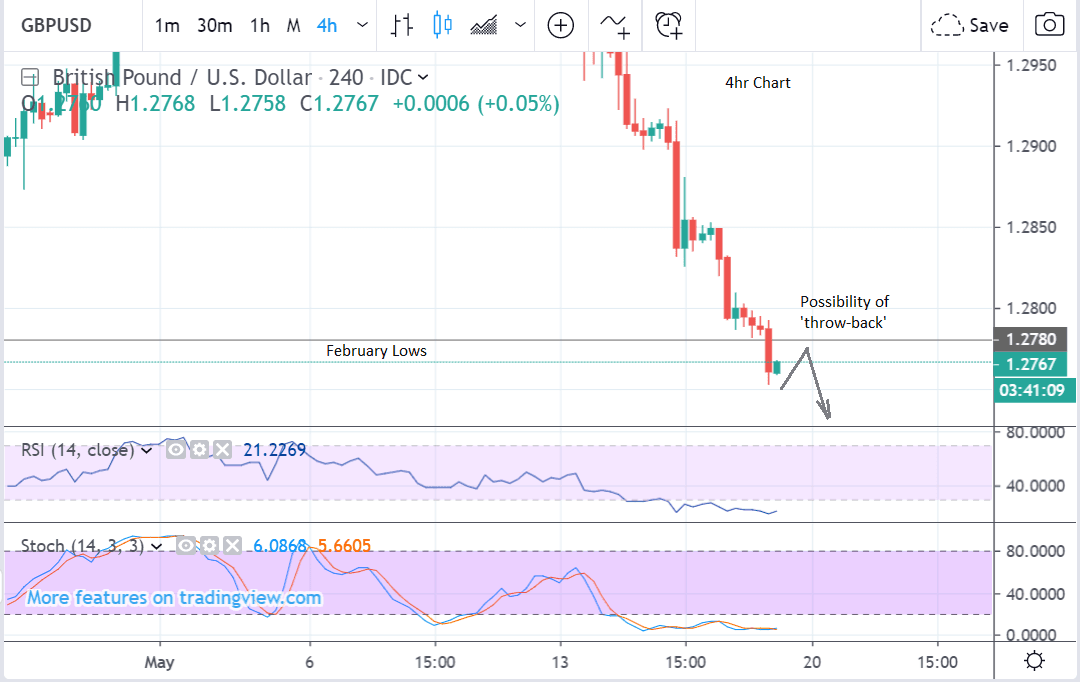 The importance of the level may result in some ‘stickiness’ in the short-term, however, which could see the pair recover just after its initial penetration. Often this results in a ‘throw-back’ or pull-back move higher for a final retouch of the original break level and a goodbye before the start of a deeper decline.

Supaat Sakati, an analyst at Maybank in Singapore, sees signs the pair may be getting a little oversold, which would support the possibility of a temporary throw-back.

He notes the stochastics indicator - a form of momentum indicator - has fallen below the 20 level and is therefore flagging an oversold trading environment.

To Sakati this is a sign the pair could be about to base.

If there is a rebound to 1.2770 it could provide the perfect opportunity to sell, according to Richard Perry, who also notes “corrective momentum” building.

“Corrective momentum has accelerated away from a building downtrend, but the increasingly aggressive candlesticks will be a concern for the longevity of support. Intraday rallies are a chance to sell,” says Perry.