The Pound-to-Dollar rate is set to begin trading around 1.3000 on Sunday after closing more than one percent lower last week, although studies of the charts suggest the outlook for the exchange rate has turned neutral of late.

Sterling still ceded ground to the Dollar last week despite the U.S. currency also having declined broadly during recent sessions, with the Dollar index down for the week while the Euro-to-Dollar rate closed higher.

An absence of progress in the cross-party Brexit talks was behind the Pound's decline, with weakness egged on by reports that Nigel Farage’s Brexit Party is leading in the opinion polls ahead of the EU elections set for May 23rd. This may make it less likely that Theresa May compromises in the Brexit talks.

From a technical perspective, the previously strong short-term uptrend has now reversed and the outlook for the exchange rate is neutral, pending further developments. 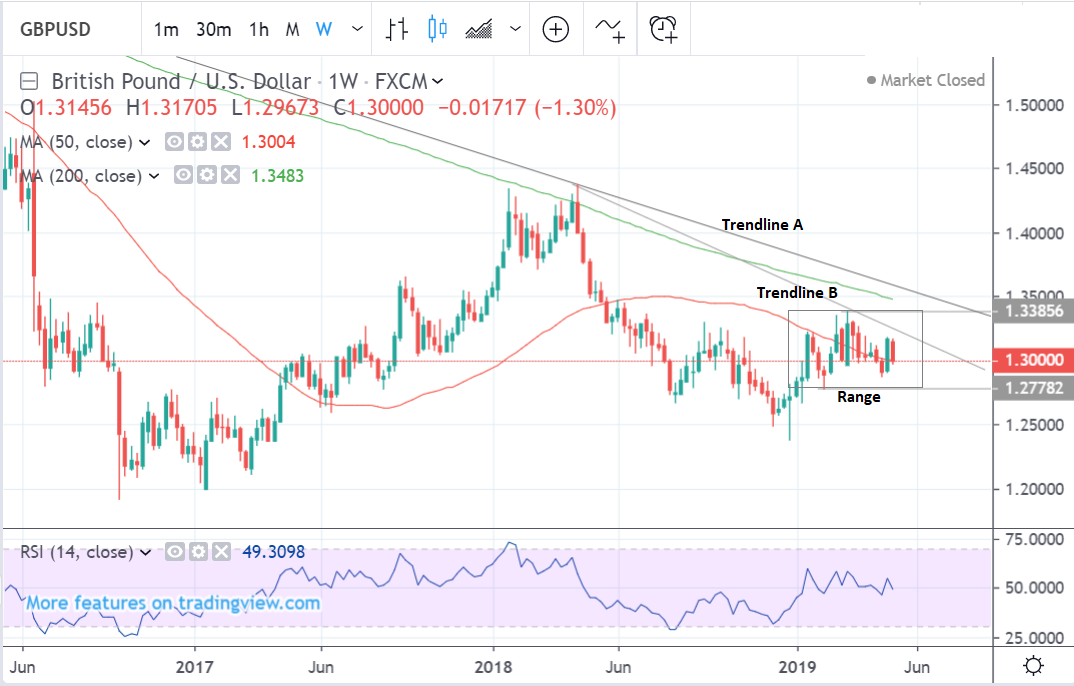 The pair remains trapped under both minor trendline ‘B’ and the major trendline ‘A’, which suggests the long-term downtrend remains intact.

However, since March the market has been moving sideways between the 1.2770 and 1.3380 levels and a break above or below that range is now necessary for us to determine out next target. 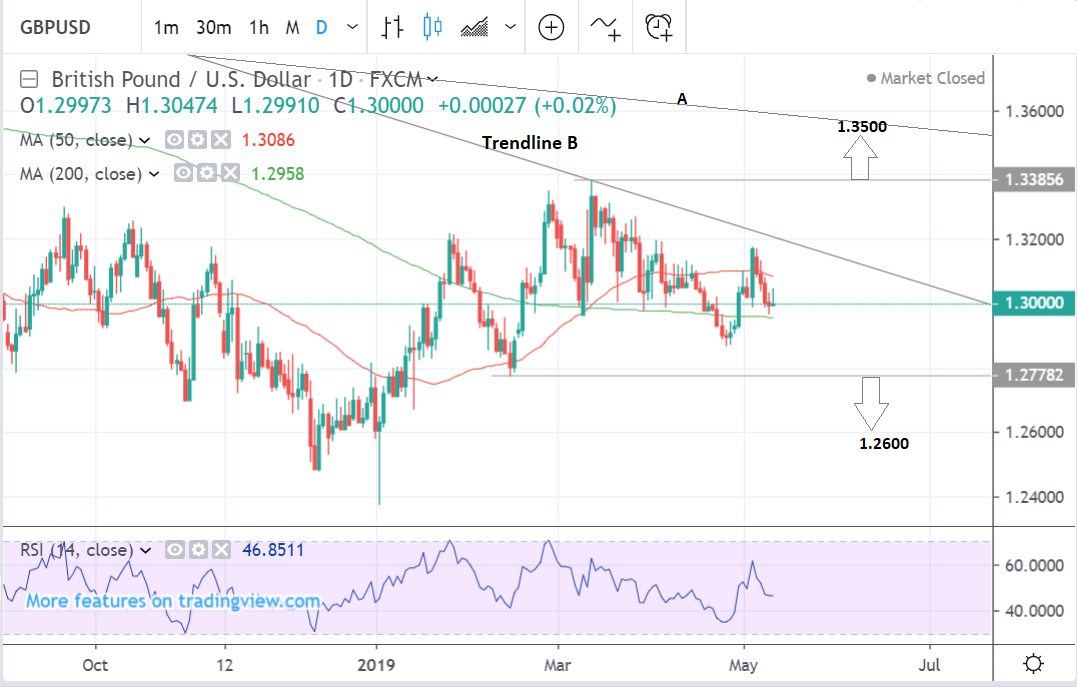 The main release for the Dollar in the week ahead is retail sales data for April, which is forecast to show sales growth slowing to 0.2% that month, down from 1.6% growth back in March.

“With consumption making up about 68% of US GDP, a negative surprise in the retail sales data would not do the US Dollar any favours, especially now that investors have started to once again raise their expectations of a Fed rate cut by year-end as a US-China trade deal hangs in the balance,” says Raffi Boyadjian, economist at FX broker XM.com.

The other two major releases in the coming week are industrial production, which is forecast to remain flat (0.0%) in April at 14.15 on Wednesday and Housing Starts, which are forecast to show a 6.2% rise month-on-month in April when they are released at 13.30 on Thursday.

“Consumers were able to regain some lost confidence after some positive developments in equity markets. Despite the strong data in March, it was not enough to prevent real consumption growth from slowing in the first quarter—PCE grew at an annualized pace of 1.2%. We look for a 0.2% increase in April retail sales,” says Sarah House, an economist at Wells Fargo.

The main economic release out for the Pound this week is March jobs data. The UK labour market has been resilient in the face of political and economic uncertainty of late and if that idea is reinforced again this week the the Pound might benefit.

A strong labour market can mean rising wages, increased inflation and higher interest rates further down the line, which could then lead to a stronger Pound because currencies tend to rise and fall with interest rates..

A rise in support for Nigel Farage’s Brexit Party, which is leading in the polls with 34% of the electorate ahead of the May 23rd vote, may mean it's less likely Theresa May will secure support for her Brexit plan from the opposition Labour Party. This leaves the risk of a general election alive and well. 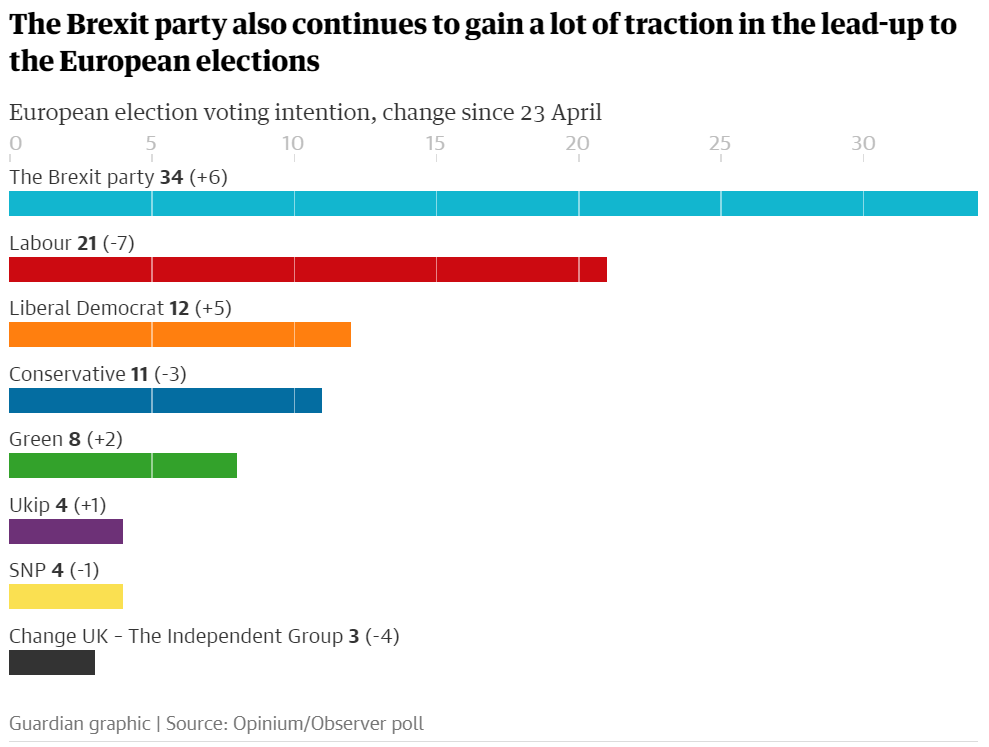