- Accidental no deal Brexit is still our "base case", with 53% probability.

The Pound-to-Dollar exchange rate is on course for a double-figure loss over coming weeks as the UK leaves the EU without a deal say strategists at BMO Capital Markets, noting recent political events do nothing to change their view that a 'no deal' Brexit is the most likely outcome from the saga playing out in parliament.

They say that, among other things, they are not happy with their former parties' Brexit proposals.

All are advocating for the Prime Minister to take a no deal exit "off the table", either by ruling one out or allowing MPs to amend existing laws so as to require her to automatically request an extension of the Article 50 exit period from Brussels if and when parliament rejects the EU Withdrawal Agreement again.

From a currency perspective, the defections from the Conservative Party mean PM May has even less chance now of securing sufficient support for her deal, while creating more scope for it to be rejected for a second time later this month say BMO Capital.

"The recent Labour & Conservative splits make us even more uneasy, and a “no deal” Brexit remains our base case, at subjective odds of 53%," says Stephen Gallo, European head of FX strategy at BMO. 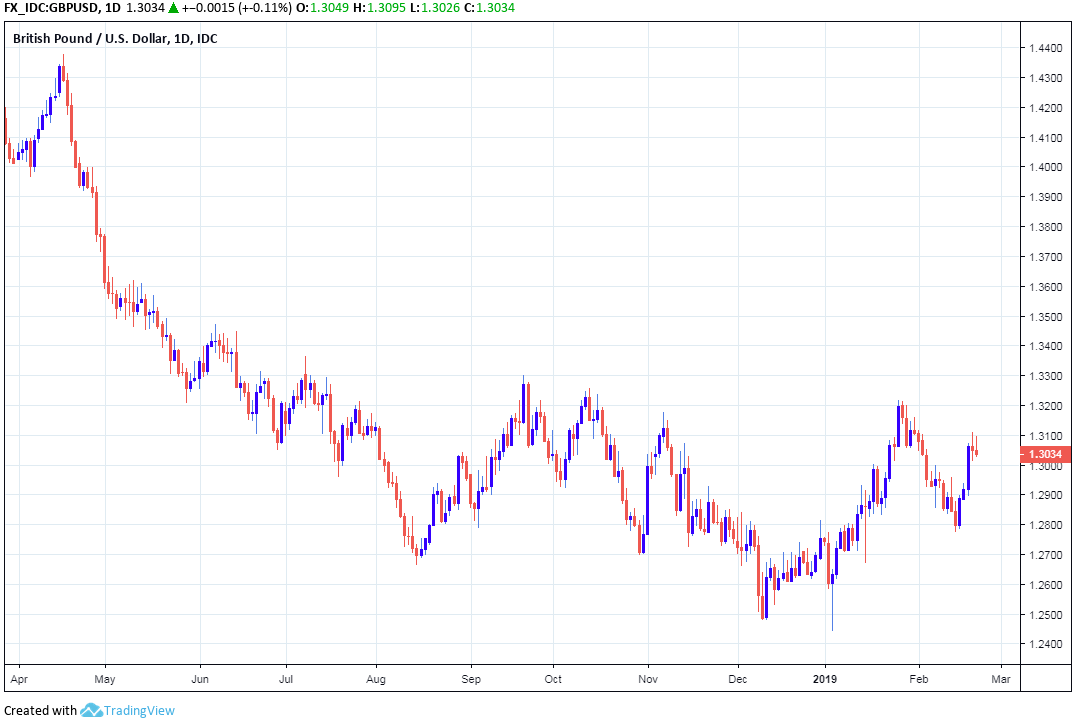 Defections also make concessions from Brussels less likely, according to Gallo, who has said previously that the rebels' plan to secure an extension of the Article 50 period could prove fruitless even if they do manage to force the Prime Minister into asking Brussels for one.

An article 50 extension would require unanimous endoresement from all 27 national leaders of EU members, which Gallo says is unlikley, particularly as it's unclear that such a thing would be enough to resolve the current impasse over the so-called Northern Irish backstop.

Prime Minister Theresa May returned to Brussels this week in the hope of persuading the European Commission to agree legally binding changes to the Withdrawal Agreement that would make the backstop temporary, or give the UK a unilateral right to exit from it.

"We wouldn’t be that surprised to see Brussels and British negotiators reach some type of compromise, be it a legally binding reassurance or a revamp of the Withdrawal Agreement. But our doubts resurface when we weigh whether such changes will be enough to win support from Tory MPs, the DUP and a handful of Brexit-supporting Labour MPs," Gallo writes, in a note to clients.

Gallo and the BMO team wrote earlier this week that there is a 53% probability of an accidental no deal Brexit happening in March, and that PM May's Withdrawal Agreement has just a 5% chance of passing either amended or unamended.

The second most likely outcome, with a subjective 42% probability, is a no deal Brexit occurs after a two or three month extension to the Article 50 exit period that is due to end on March 29.

They forecast the Pound-to-Dollar rate is likley to decline by 8% to 1.19 during the comining months, which would mark its lowest since October 2016 and is a level that has rarely been seen before and until Brexit, was unheard of since the late 1980s. 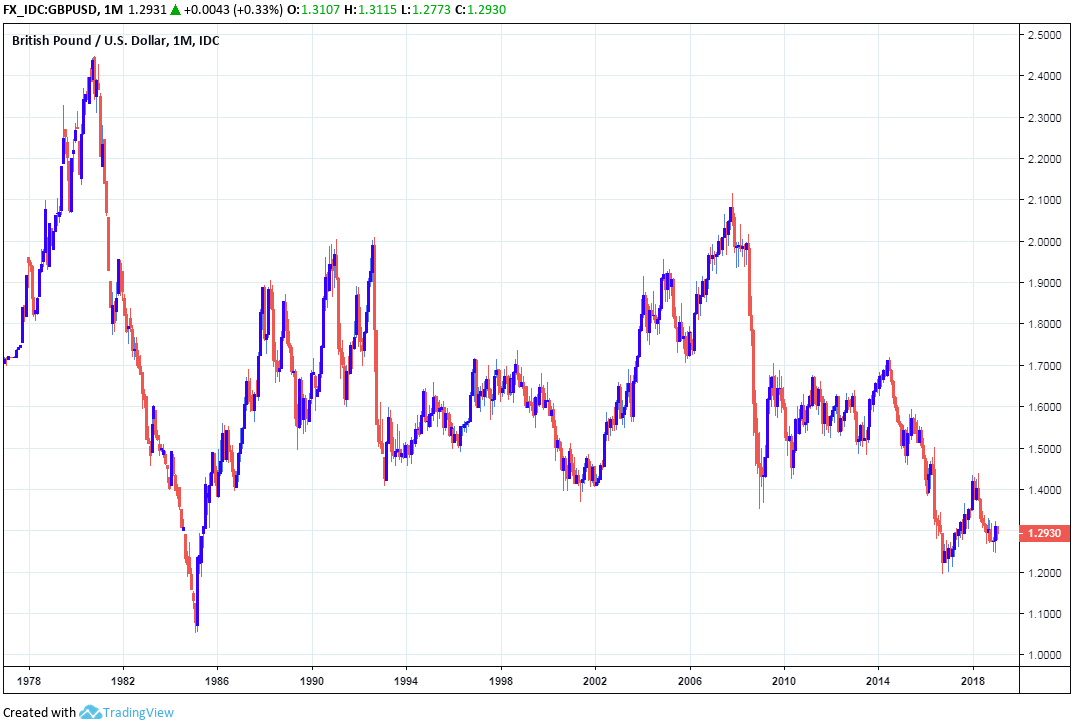 The backstop would see the UK choose between two options if trade talks with the EU fail to produce a deal after March 29, with the first being to leave Northern Ireland in a de facto no man's land where it remains a part of the UK but subject to the separate customs union and single market regulatory regime of the EU.

The other option is for all of the UK to remain within the EU's customs union and single market "unless and until" the government can produce proposals for the future trade relationship that satisfy Brussels that it's single market will not become compromised.

That is effectively a choice between a break-up of the UK and a potentially-perpetual subordination of the UK to the EU as fars a broad body of law goes, one where UK lawmakers would have no influence over the laws and trade policies imposed from Europe.

The EU has implied that if it cannot be satisfied future trade arrangements wouldn't risk compromising its single market, then without the backstop arrangement it would have no choice but to instruct the Republic of Ireland to create a "hard border" of goods inspection posts on the island of Ireland, in breach of the Good Friday Agreement.

The House of Commons voted by a record-setting majority to reject PM May's Withdrawal Agreement back in January and most MPs say they will continue to reject it, unless it undergoes significant changes, although  motivations and desires differ among MPs.

Some MPs say it does not deliver on the result of the 2016 Brexit referendum and others say it puts too much distance between the UK and the EU. Most agree the so-called Northern Irish backstop contained in the Withdrawal Agreement is unnaceptable.

"With Brussels’ stance and the precarious Westminster parliamentary arithmetic in mind, we think there is a very low chance of the EU agreeing to legally-binding changes to the Irish backstop and May’s Withdrawal Agreement passing in its current form," says Gallo, earlier this week.