The Dollar rose broadly on Wednesday after official data showed inflation pressures remaining elevated early in the New Year and as markets responded positively to President Donald Trump's suggestion that he might be willing to give negotiators more time to end the U.S.-China trade war.

The consumer price index fell from 1.9% to 1.6% during January, taking it further below the 2% target of the Federal Reserve (Fed), although markets had looked for a decline to 1.5%.

The core measure of consumer prices was even more resilient, remaining unchanged at December's level despite consensus being for a decline.

Core inflation, which is seen as a truer representation of domestic price pressures because it removes volatile energy and food items from the goods basket, held steady at 2.2% in January when markets were looking for a 10 basis point fall to 2.1%.

"The US headline inflation dynamic is going to be weak in H1 – but that is all down to energy prices. Underlying that, core inflation should actually be pretty firm," says Elsa Lignos, head of FX strategy at RBC Capital Markets. "The Fed has explicitly said it can wait as long as inflation is under control – so stronger inflation supports a less dovish outlook and stronger USD."

Oil prices fell by more than 30% during the final quarter of 2018 before bottoming out in late December but the full extent of that decline is still working its way into petrol prices charged at filling stations.

This means the main consumer price index will remain biased toward the downside for a while to come but those price changes tell economists and the Federal Reserve very little about true inflation pressures in the economy.

"While core CPI is above 2%, the core PCE that the Fed tracks will still be close to the 2% target," says Avery Shenfeld, chief economist at CIBC Capital Markets. "[There's] nothing in this to sway the Fed from doing what its doing now, which is nothing at all on rates until the economy provides more evidence on how its holding up in 2019." 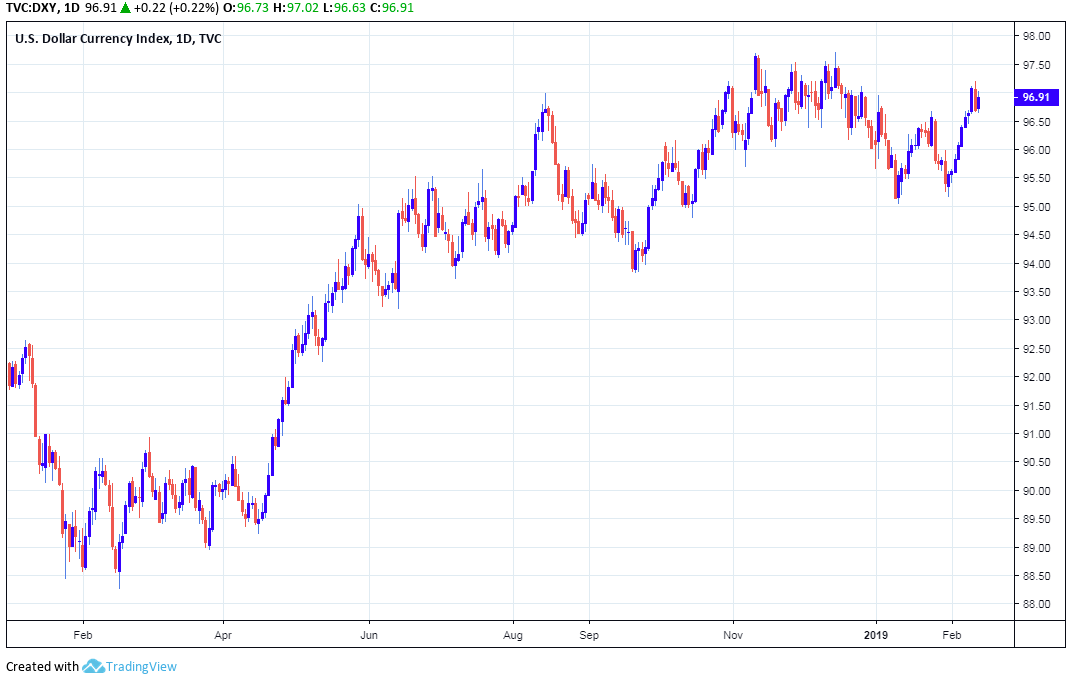 "The data offered a touch intraday support to the USD. Still the recent ranges have been bending but have not broken, reinforcing that we are unlikely to break new ground just yet," says Mark McCormick, North American head of currency strategy at TD Securities.

The Euro-to-Dollar rate was -0.33% lower at 1.1296 and has declined -1.9% this year. The greenback was higher against around half the G10 currency bucket during noon trading Wednesday.

Price action came in a session where both the Dollar and so-called risk assets were trading buoyantly, presumably in response to President Donald Trump saying he might hold of on an earlier threat to increase tariffs levied on imports from China in the event negotiators can't strike a deal that ends the trade war between both countries.

"The 10 percent on $200 billion goes up to 25 percent on March 1st. And so far, I’ve said don’t do that. Now, if we’re close to a deal where we think we can make a real deal, and it’s going to get done, I could see myself letting that slide for a little while. But generally speaking, I’m not inclined to do that," Trump said. 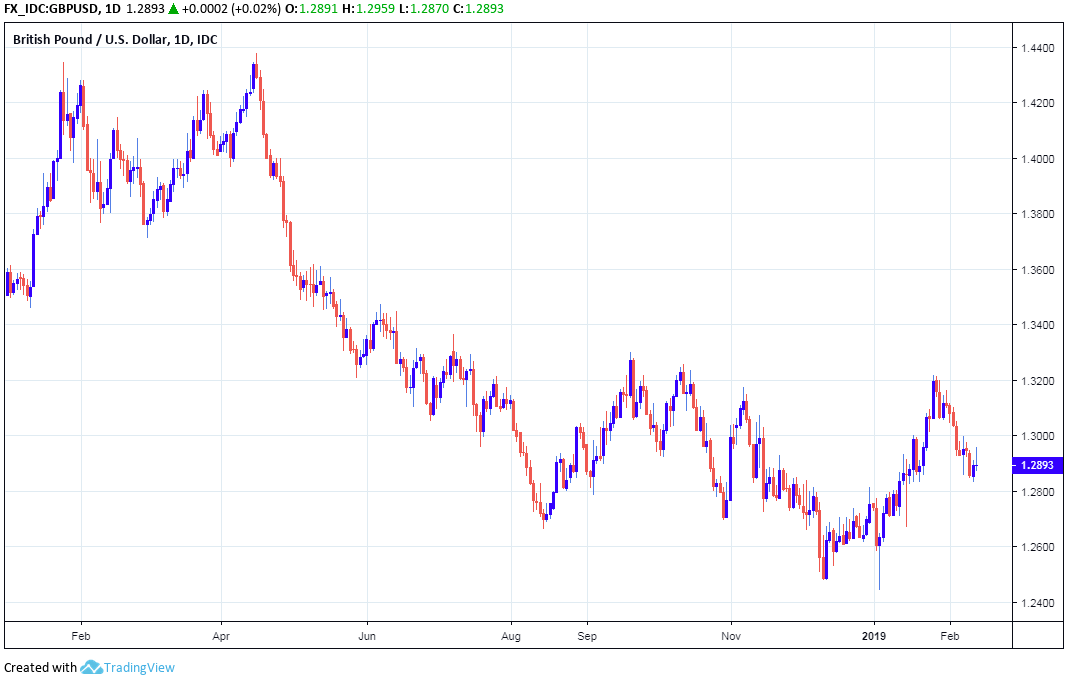 This shift came amid a clear and protracted slowing of the Chinese and Eurozone economies, which is thought to have been brought about in large part by President Donald Trump's trade war with China.

Investors had since then begun to speculate that rather than raising rates again, the Fed could soon begin to cut them, but Wednesday's inflation data may have led some to a change of view.

"The firmer core print helped the market price out 2019 rate cuts, with investors now pricing in no cuts this year," says TD's McCormick. "Focus remains on geopolitics and risk appetite, though, given the scope for a US/China trade truce and discussions around Brexit."

The Federal Reserve raised its interest rate four times in 2018 and on nine occassions since the final quarter of 2015, leaving the Federal Funds rate range sat between 2.25% and 2.75% since December 2018.

Those hikes came at a time when most other central banks were sitting on their hands with their monetary policies still calibrated to crisis-era settings, which is why the U.S. Dollar was able to rise by nearly 5% last year after having wracked up a -4% loss in the first quarter.

What happens to the Dollar next will depend on if the Federal Reserve gets to resume its interest rate hiking cycle and how long it will be before other central banks begin raising their rates. Growth and central banks in Europe and the Antipodes will be key to the outlook, but for now the greenback and Fed are holding their own.