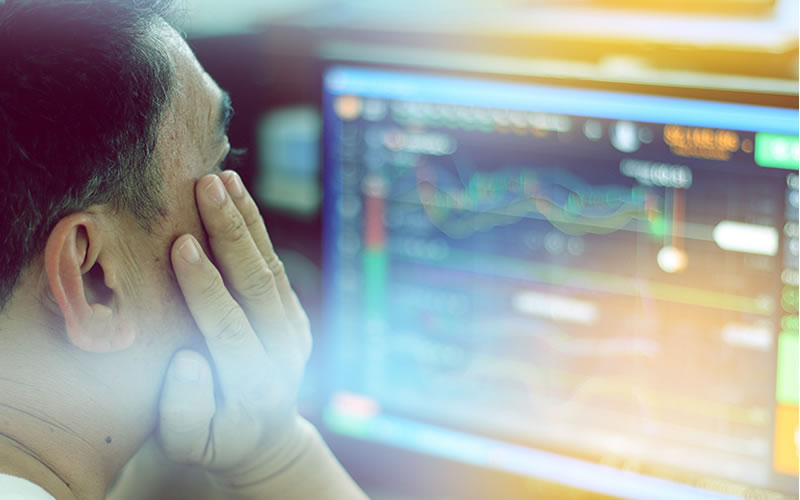 The British Pound's technical configuration versus the NZ Dollar remains positive and suggests further advances, but beware the key Bank of England event on Thursday .

The Pound-to-New Zealand Dollar has been in a short-term uptrend since early July which despite looking a little overstretched and witnessing a pull-back over the last two days, nevertheless, remains intact.

This short-term uptrend is expected to extend providing the exchange rate can break above the previous 1.9343 October 25 high, for confirmation.

Such a move would see the exchange rate extend higher to a target at 1.9500.

We note, however, that Friday's weakness was quite pronounced and therefore a deeper correction is still possible, although it would probably find support at the 1.8975, May 2017 highs. 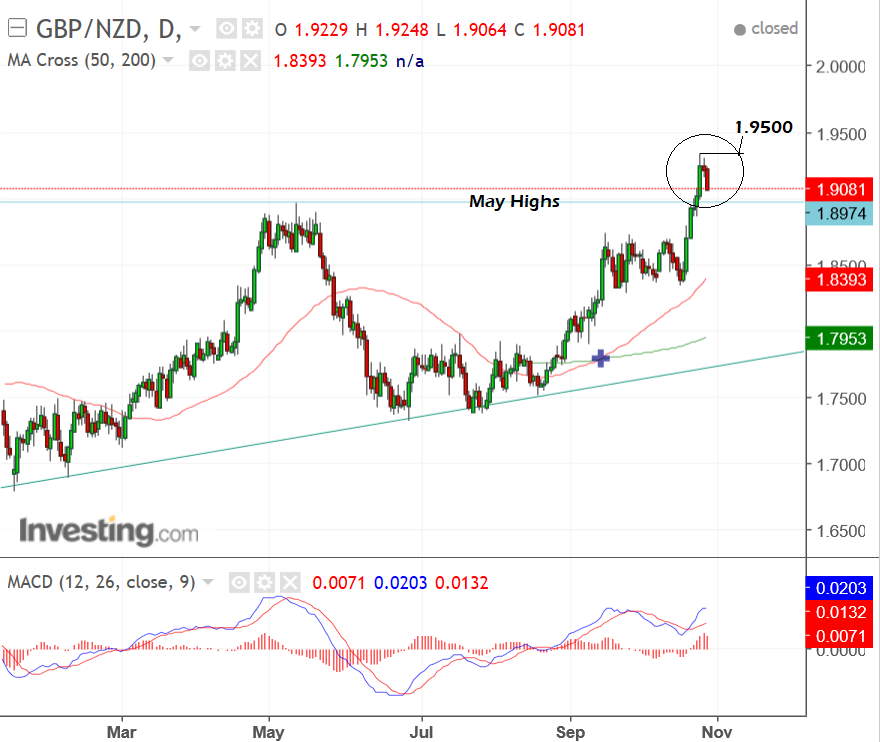 The New Zealand Dollar has traded lower of late following the election of a coalition government which is seen as having anti-Kiwi policies.

However, it is early days for the fledgling government and too soon to know what policies actually emerge from the three-party mix, which includes the Labour party, the Greens and the Nationalistic New Zealand First party.

Recent analysis from BNZ Bank FX Analyst Jason Wong suggests markets may have over-reacted to the election outcome and the Kiwi may recover when final policies are announced and found not to be so negative for the currency as previously thought.

“Our working assumption is that the market has over-reacted, as currencies are apt to do, but until the policy detail is released, then some sort of political risk premium will be built in the NZD,” said Wong.

Any news providing more clarity on what the coalition's final policies are could impact on how NZD trades in the coming week.

From a hard data perspective, the main release for the Kiwi in the week ahead is Labour data out on Tuesday, October 31 at 21.45 GMT.

Any beat on the consensus forecasts could aid the New Zealand currency, while a number below expectation will have the opposite effect.

"We expect the labour market report to show a solid rise in employment over the September quarter, though only slightly outstripping the growth in the working-age population," says a preview note from Westpac ahead of the release.

Strong net immigration flows have bolstered the workforce in recent years, but Westpac note that pulse is now clearly in decline. Yet, "a range of indicators suggest that New Zealand’s labour market has continued to strengthen this year, even as the wider economy has entered a period of slower growth," note Westpac.

Economists at the New Zealand and Australian lender cite business surveys report that Kiwi firms have been hiring at a rapid pace and intend to continue doing so, though skilled workers are becoming increasingly difficult to find.

And in Westpac's quarterly employment confidence survey, households were seen as being optimistic about job opportunities for the first time in nine years.

There’s therefore good reason to expect a solid set of labour market reports for the September quarter, "but there are some clouds on the horizon for the jobs market next year if the current growth slowdown persists," warn Westpac.

Events and data for the Pound: BoE Centre Stage

The big event to watch in the week ahead is the Bank of England's Inflation Report and Monetary Policy Decision, due on Thursday, November 2.

Money markets are currently pricing in a 90% chance that the Bank will raise interest rates - so the immediate risk to Sterling is if they don't raise rates. In such a scenario expect the Pound to plummet.

Such a move would be unlikely however as the Bank's Monetary Policy Committee know their reputation is at stake; in short, there will be few who take the words of Governor Mark Carney and his lieutenants seriously should he not follow through with a 0.25% rate rise.

An interest rate rise on its own would be neutral, as it is well signposted. What matters is communication regarding future policy moves - is there going to be a follow-up rate rise in 2018 or not? If yes, this would be positive for Sterling, if no, this would be bearish.

Financial markets are now pricing in a rise in 2018 which is more in line with Carney's view and so he may express satisfaction that they are correctly pricing probabilities.

"The picture is still cloudy enough for some UK rate-setters to question the need for immediate action. Nevertheless, we expect the Committee to move ahead with a 0.25% increase," says Lloyds Commercial Banking's Senior Economist Rhys Herbert, adding:

"With regard to the Bank’s forward guidance, of most interest will be whether Carney reiterates his previous assertion that markets are underestimating the potential for interest rate rises."

Yet at the same time, Carney is still expected to emphasise that interest rate rises are likely to be "gradual".

The big debate for Sterling going forward is whether the interest rate is a once-and-done affair or the start of a new cycle.

Whichever side you fall on is likely to determine whether you are bullish, or bearish on Sterling.

“For investors, the key question is whether or not there will be further hikes next year. Market expectations are for at least one further 25bp hike next year. In contrast, we think the MPC will be making a mistake by hiking now, and that they will recognize this in the coming months,” says Daniel Vernazza, UK economist at UniCredit.

On the other side of the coin is the more pro-Sterling view that the UK is at the start of a new cycle of rate rises, and the Bank is not in fact committing a policy mistake.

“It is not clear to us that UK growth is about to falter suddenly. There may be further Brexit negotiation uncertainty, but there is arguably a lot of it already. Instead, we prefer to trade with conviction the idea that this is not a policy mistake and that the BoE is on a hiking cycle,” says Jordan Rochester at Nomura.

As a result, Rochester is betting the Pound-to-Euro exchange rate will rise towards 1.15 near-term.

Another major release for the Pound in the week ahead is the results of the October Purchasing Manager surveys for Manufacturing, Construction, and Services.

These are out at 9.30 on Wednesday 1, Thursday 2 and Friday 3 respectively.

Manufacturing it forecast to fall to 55.8 from 55.9 by the consensus of economists, although, some such as Lloyds's Herbert see an even lower result as likely due to the decline in the CBI Industrial Trends survey last week.

However, this is with the proviso that the Manufacturing PMI has been overall in an upbeat trend.

Lloyds Bank's Herbert is more constructive about Services PMI which he expects to come out at 54.0, however, the consensus expectation is for a fall to 53.2 from 53.6.

Finally, in the coming week Brexit Minister David Davis is to be questioned on the progress of negotiations on Tuesday at 16.05 (UK), and clearly how he answers is likely to impact the Pound given how hypersensitive the currency is to Brexit headlines.