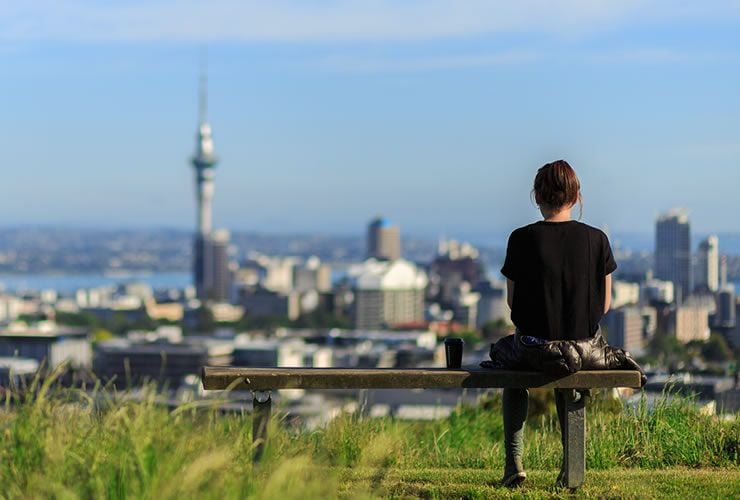 A leading global FX analyst expects New Zealand Dollar to underperform over coming months as the economy experiences a sharp slowdown as a build up of private debt finally catches up with rich asset prices.

New Zealanders have been steadily taking on debt over the course of the past ten years; a process that has contributed to eye-wateringly expensive real estate prices.

But debt - or leverage - goes beyond just house prices, it is used to finance  spending across the economy and is identified as a key driver of New Zealand’s recent economic outperformance relative to other developed-market economies.

The growth in New Zealand’s economy and domestic debt pile comes at a time when global financial conditions are flourishing, with bond yields staying low relative to nominal GDP.

According to the Reserve Bank of New Zealand, in the 20 years to 2011, total housing and consumer loan debt increased around six-fold in dollar terms. As a ratio of household disposable income, the percentage at June 2011 of 147% is about two and a half times that of 58% at March 1991. 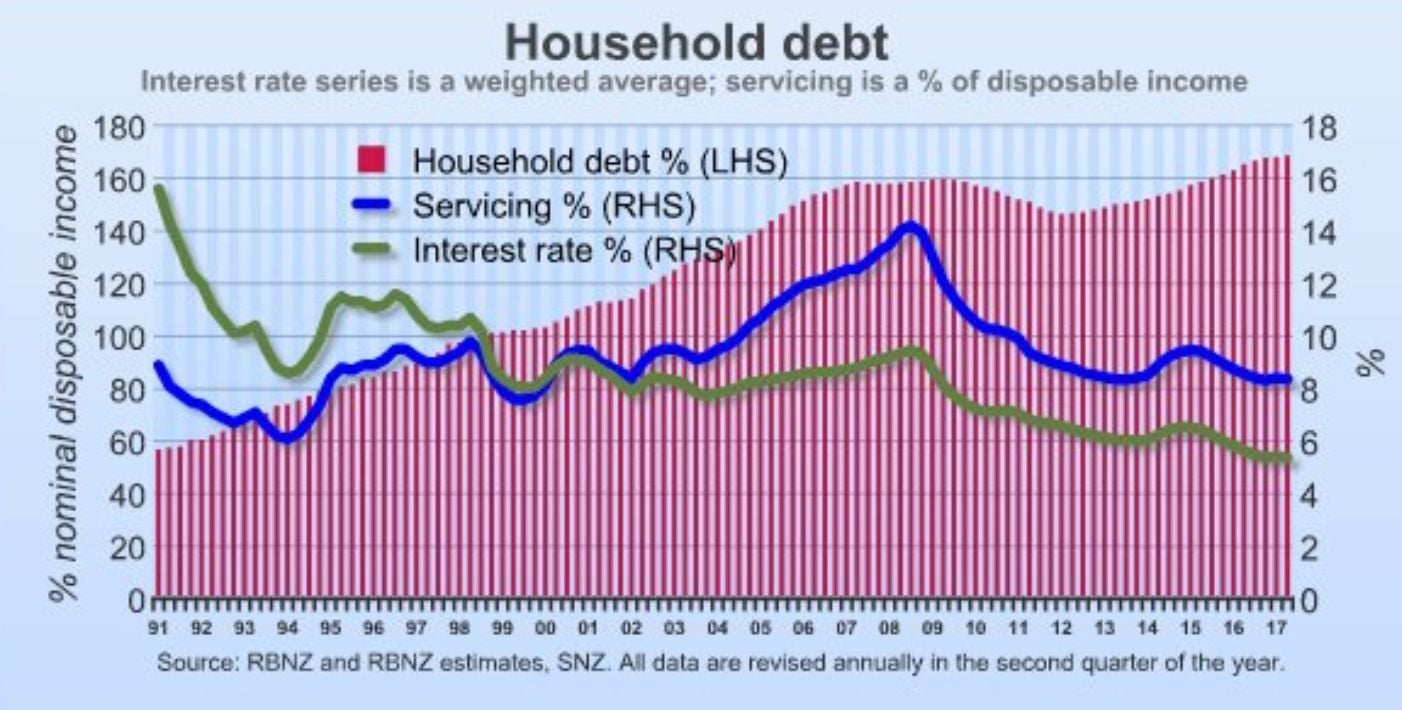 Globally, US households have started leveraging up again, following a trend that has been in place in other developed-market economies for some time.

Notably, Norway, Sweden, Canada, Australia and New Zealand have all increased their private sector leverage since the collapse of Lehman Brothers.

In many cases, local bank balance sheets have also grown.

“With ambitious asset valuations in place, these economies may be the start of the next global economic slowdown,” says Hans Redeker, Strategist with Morgan Stanley.

Redeker believes two scenarios could play out within these leveraged economies;

“Over the course of the coming quarters, these economies' growth may slow,” says Redeker.

While the recent decline in business confidence may been related to election uncertainties, Morgan Stanley note that immigration has not been growing, the highly valued housing market seems to be topping out with sales volumes falling rapidly, “and household debt might soon cripple spending”.

New Zealand house prices have been rising at break-neck speeds: in 2016 the country’s QV house price index found that the typical Auckland home overtook the value of a London home following an increase of 15.9% over the year.

Importantly, Morgan Stanley warns foreign exchange markets have not considered the likely outcome of New Zealand’s debt problem, therefore the risks of a sizeable adjustment lower in the New Zealand Dollar might occur should Redeker be right.

“Instead, NOK, SEK, CAD, AUD and NZD have been strong,” says Redeker, “providing us with strategic selling opportunities later this year.”

Morgan Stanley refer to the sample of over-leveraged developed-market economies as the ‘canaries in the coal mine'.

“Only when the canaries stop singing is it time to stop digging for coal and come out of the mine,” says Redeker.

At that point, the analyst believes the USD may head towards a bigger advance. Morgan Stanley have pencilled in the USD rally for 2018.

“Against the currencies of these 'canaries in the coal mine', USD may reach new highs,” says Redeker.

“New Zealand may be the most advanced 'canary in the coal mine', suggesting a NZD/USD selling opportunity near 0.74.” says Redeker.

Looking at near-term potential price action for the New Zealand Dollar, the outcome of the election in New Zealand may impact NZD performance.

Should the Labour Party win (against the indications of the latest opinion polls), Morgan Stanley say the NZD will likely move lower.

On the other hand, a National Party victory may lend NZD some temporary support.

“However, NZD strength should be limited even if the National Party remains in office,” says Redeker.