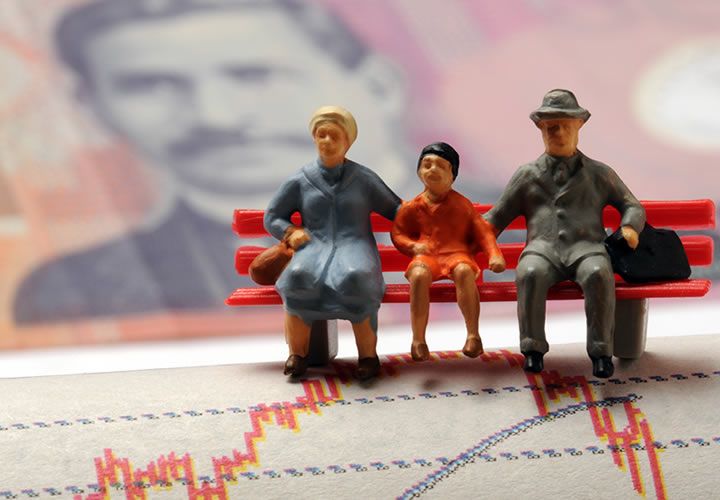 The best performer so far this week is the New Zealand dollar, which reached its strongest level against the US dollar since June of last year. Here is why further gains are likely.

Investors continue to sell the U.S. dollar and this weakness has allowed the commodity currency bloc to fresh 2016 highs.

The best performer of the mid-week session has been the NZ dollar, which reached its strongest level since June of last year.

The pound to New Zealand dollar exchange rate is meanwhile back to the lows witnessed at the height of the Brexit selloff seen in late February.

We believe that it is only a matter of time before the floor in GBP/NZD gives way.

"What's remarkable about the move in the New Zealand dollar is the lack of significant data and the central bank's easing bias," notes Kathy Lien at BK Asset Management, "the Reserve Bank of New Zealand is one of the few policymaking bodies still talking about more cuts."

After lowering interest rates in March, the RBNZ signaled plans to ease again with the market looking for the move in June.

Yet, in a world where central bank easing is becoming increasingly ineffective one wonders whether the RBNZ will achieve anything apart from stoking the flames of an already-hot property market.

Against the US dollar the NZ dollar is also looking to move yet higher.

“This comes as a bullish key one-day reversal, or bullish engulfing candlestick, has formed. This is a powerful one day pattern that really changes the sentiment. It also comes as the positively configures momentum indicators have turned up again after a near term corrective phase,” says Richard Perry at Hantec Markets. 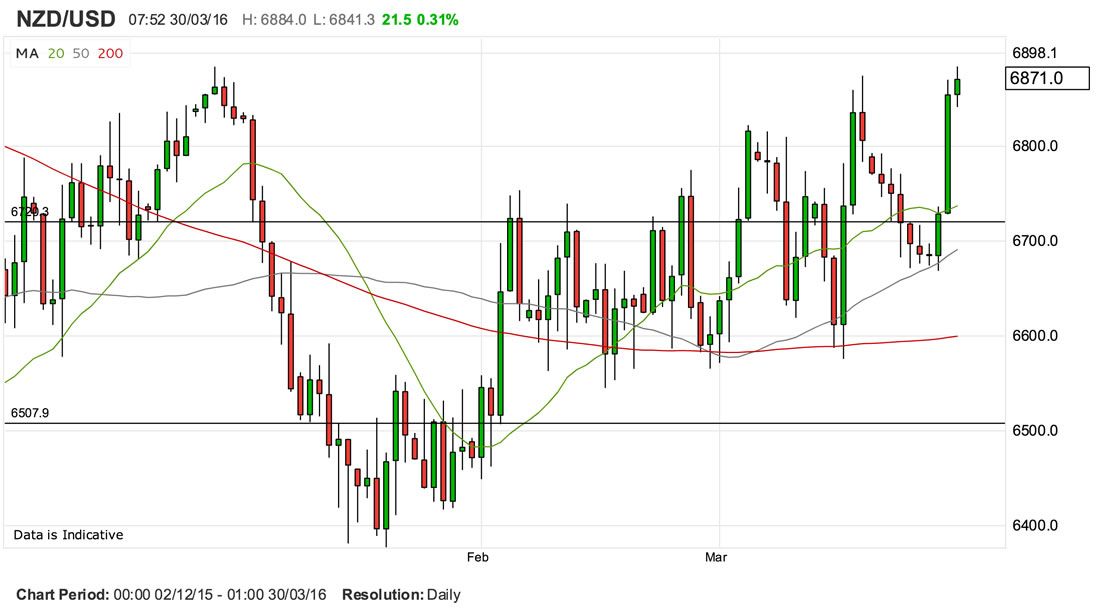 Perry notes the RSI indicator has turned up from the high 40s again, while the is MACD still above neutral and Stochastics Crossing higher again. All these technical indicators are, in short, confirming momentum is returning to the NZD.

“The support around $0.6670 is now increasingly important as this level has been used as the floor for the past three sessions,” notes Perry.

Should the NZD/USD remain above this floor then the upside should be preffered as only a break below here would suggest the dollar has regained the upper hand.

Others suggest the floor is placed a little lower.

"A break back below 0.6546 will be required to strengthen the outlook and expose fresh declines towards next key support at 0.6347 further down. Ultimately, only a weekly close back above 0.6900 compromises the bearish outlook,” say LMAX Exchange who are less optimistic on the NZD's chances of staging a notable advance.

In a briefing on the NZD to USD conversion analysts at LMAX say the market remains confined to a broader downtrend with rallies continuing to be very well capped ahead of medium-term resistance at 0.6900.

The NZD has crept back in focus for exporters and the RBNZ alike.

"For exporters the run back up above NZDUSD 0.69 and to 73.3 on the NZD TWI is proving eye watering," says a currency briefing from ANZ, released Thursday.

For dairying, the sector under the most pressure at present, the run back up is especially painful as a lower NZD is a key reason that a better income outlook in 2016/17 has been flagged. If this doesn’t prove to be the case there will be serious industry concern," say ANZ.

That said, while the dairy and the sheepmeat sectors remain under pressure, prospects elsewhere range from steady to stellar.

New Zealand’s meat supply volumes are expected to be down by close to double digits, but this is helping to support prices and further gains are anticipated.

The main horticulture crops are on track to post impressive yields, and combined with solid prices, are likely to deliver very profitable returns.

Forestry prices are being supported by domestic building activity and shipping rates at multi decade lows are helping.

"The high NZD doesn’t seem to be putting off tourist flows either, although there will be an impact on spending. Individually these export earners don’t totally offset the pain from dairying, but collectively they provide a significant offset," say ANZ.

That said analysts warn a sustained run up in the NZD will become increasingly problematic for the wider export sector, the level and mix of growth and the degree of inflationary pressure in the system.

"The RBNZ has more work to do and we expect 50bps of OCR cuts by the end of the year," say ANZ hinting of a move that would take the basic lending rate in New Zealand below that of Australia for the first time in years.