New Zealand's Dollar and the Pound have trodden similar paths having featured as middle-of-the-road performers among G10 currencies in recent weeks and price action that has served to keep GBP/NZD confined within a narrow range between 1.8974 and roughly 1.92.

"Friday’s UK data was pretty decent. Surprises might come from the UK side with more key data this week," says David Croy, a strategist at ANZ, who tips GBP/NZD to find support and resistance around the 1.8709 and 1.9685 levels respectively over the coming weeks.

Risks to the top and bottom of the recent Pound to New Zealand Dollar come mainly from third-party factors in the Asia Pacific region and the release of employment and inflation figures in the UK, which could impact the outlook and expectations for Bank of England (BoE) interest rates.

GBP/NZD would potentially benefit if UK employment data is stronger than expected on Tuesday or if inflation does not fall to the extent anticipated by economists on Wednesday as either could be perceived by the BoE as a green light for further increases in Bank Rate as soon as February. 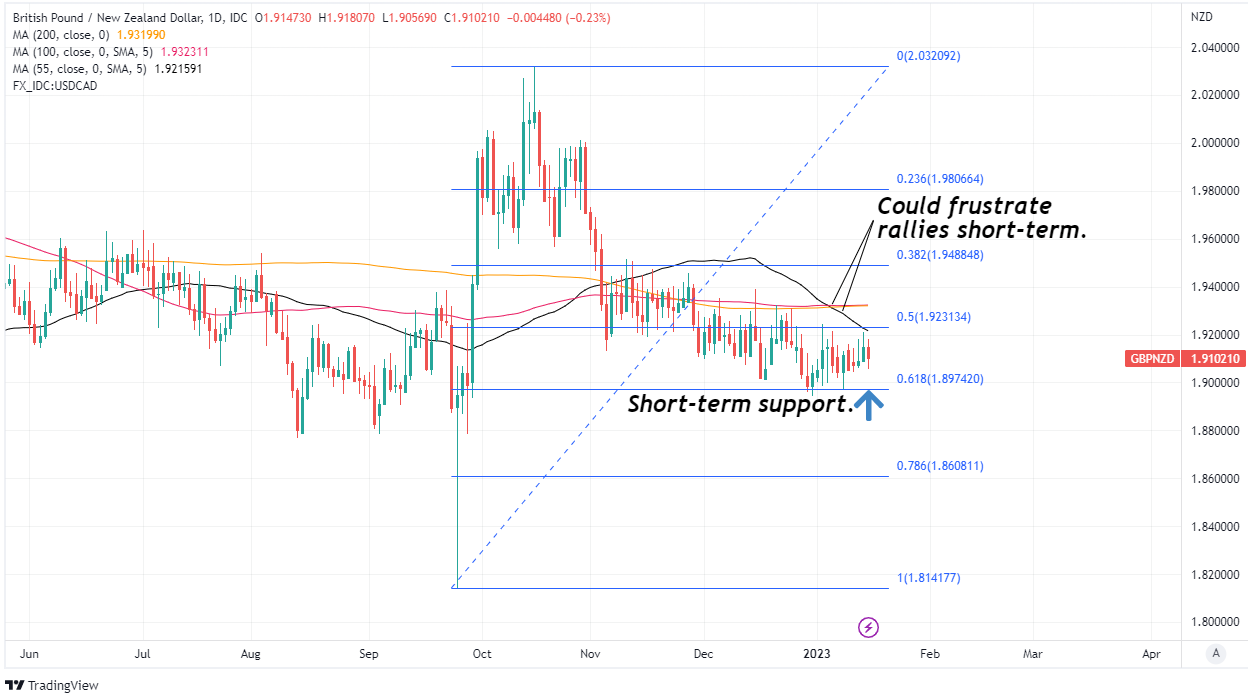 While BoE policymakers often remark on the perceived strength of the labour market but there are also other factors that could keep UK inflation from falling as fast as in other countries including forthcoming changes to the government's energy price cap and last year's depreciation of Sterling.

"After November CPI inflation surprised to the downside, we expect more good news to end 2022. Headline CPI, we project, will slow to 10.56% y-o-y," says Sanjay Raja, an economist at Deutsche Bank.

"Looking ahead, we remain cautiously optimistic around the trajectory for inflation. We expect inflation to slow more markedly over the second half of the year, particularly as energy prices start to come down from July 2023," Raja writes in a Monday research briefing.

All of this follows GDP data out on Friday suggesting the economy has not deteriorated to the extent envisaged by the BoE in its November forecasts.

But while UK economic figures are potentially supportive of Sterling, the Pound to New Zealand Dollar rate is also exposed to risks associated with economic figures from China on Tuesday and a keenly anticipated Bank of Japan (BoJ) monetary policy decision on Wednesday. 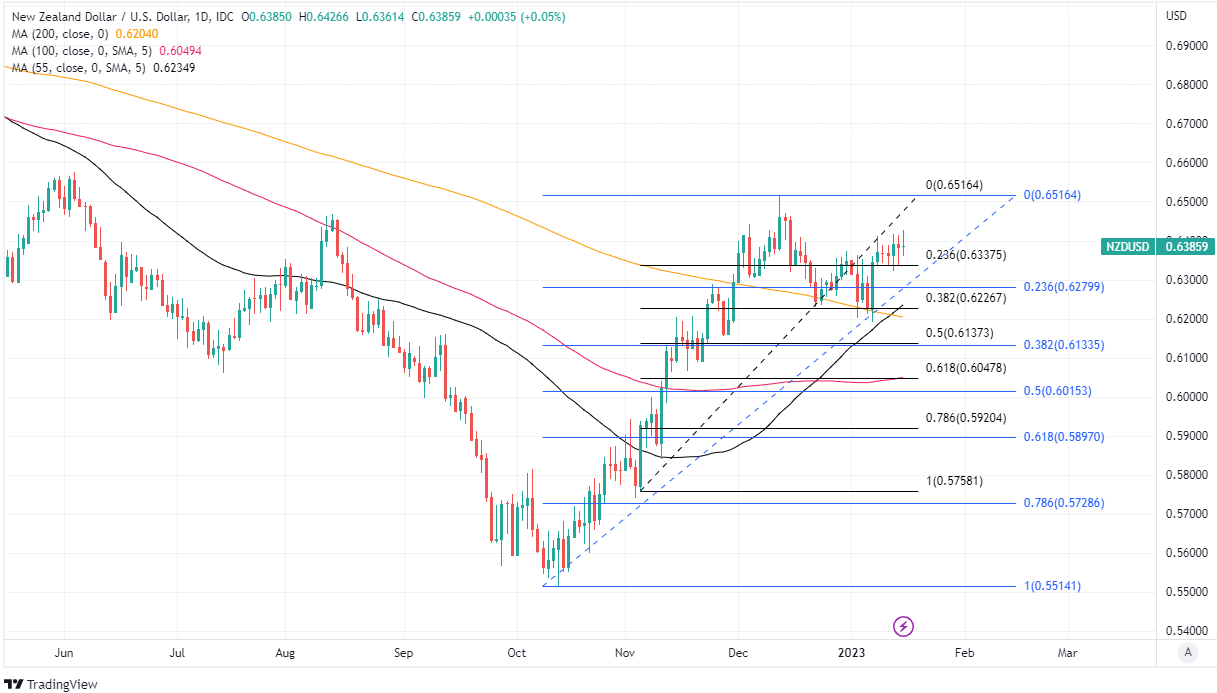 Above: NZD/USD shown at daily intervals with selected moving averages and Fibonacci retracements of October and November rallies indicating possible areas of technical support. If you are looking to protect or boost your international payment budget you could consider securing today's rate for use in the future, or set an order for your ideal rate when it is achieved, more information can be found here.

China's data is widely expected to confirm a sharp slowdown in GDP growth and a steep -9.5% decline in retail spending connected with recent coronavirus-related restrictions though any upside surprises might be more likely to benefit the Kiwi than Sterling.

In addition, there might also be modest risk for Sterling mid-week if the BoJ gives credence to recent speculation by either abandoning its Yield Curve Control policy or by adapting the paremeters of the programme again so as to permit further increases in local government bond yields.

Each of these factors has scope to boost the NZD/USD pair in what is set to be another quiet week for New Zealand economic data, and GBP/NZD often demonstrates a negative correlation with main the Kiwi exchange rate.

"NZD/USD can rise this week amid a weaker USD. At the same time, we consider there is scope for China’s reopening to further benefit NZD. NZD remains positively linked to moves in CNH," says Joseph Capurso, head of international economics at Commonwealth Bank of Australia.

"Nevertheless, NZD will likely continue to underperform AUD in the near term because of New Zealand’s relatively smaller exposure to China’s economic recovery. AUD/NZD may test 1.1101 if Chinese economic data are better than market expectations," Capurso adds in Monday market commentary. 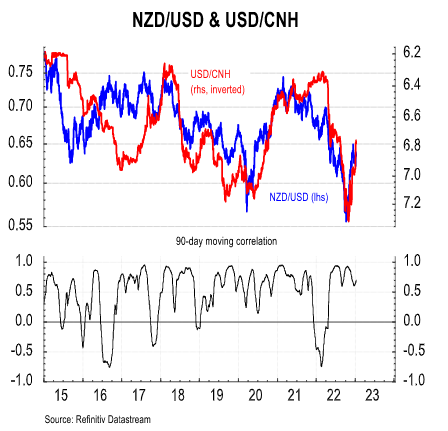