The New Zealand Dollar is forecast to maintain its dominant position in global FX, supported by the ongoing war in Ukraine and bets that China's economy will continue to expand to the benefit of New Zealand.

The currency has been trending higher against all its major competitors since late February when Russia invaded Ukraine and with little to suggest peace is imminent this trend could extend.

As a result, the Pound to New Zealand Dollar exchange rate (GBP/NZD) is at the start of the new week testing 2022 lows in the 1.9080 region in price action which hints at the market's ongoing preference for the Kiwi. 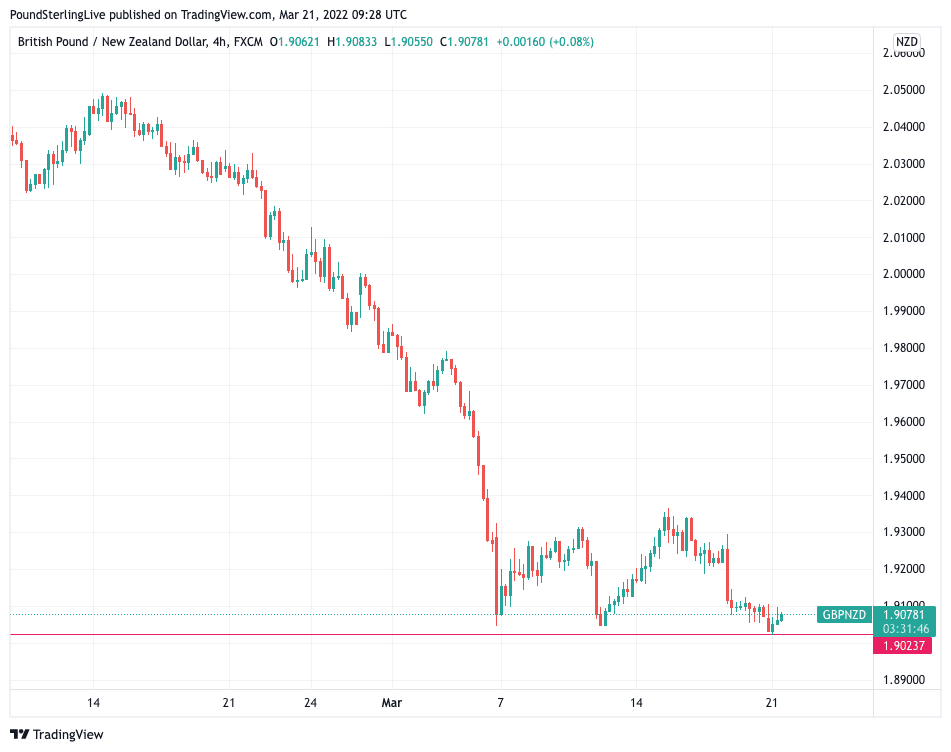 The New Zealand Dollar has proven a standout performer since Russia invaded Ukraine in late February, driving up the value of commodities, of which New Zealand and antipodean peer Australia have in abundance.

The geographic distance between these two countries and the conflict in Eastern Europe is certainly proving a useful narrative to understanding how currencies are performing in this new regime.

With the war continuing recent trends could therefore continue to play out in foreign exchange markets, and as the below chart shows on this count the NZ Dollar is dominant: 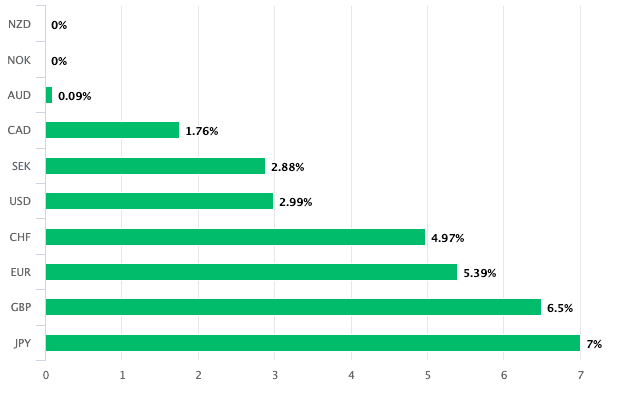 Above: NZD performance against G10 peers over the course of the past month.

The New Zealand Dollar was also bid later last week on news Chinese authorities are to expand support for the economy, however concerns over rising Covid cases in the country and an easing in tensions regarding Ukraine are two notable headwinds to navigate.

Vice Premier Liu He, Chair of the Financial Stability and Development Committee, committed to keep the equity market stable and to take measures in the first quarter to boost the economy.

"That is a clear indication of imminent policy support," says Derek Halpenny, Head of Research for Global Markets at MUFG. "Unfolding developments in China should not be ignored".

Liu encouraged long-term institutional investors to increase their shareholdings, while promising to closely communicate with the Hong Kong regulator to maintain stability in the city's financial market.

The New Zealand Dollar and its Australian cousin are highly correlated to the fortunes of China, owing to their strong trade links to the world's second-largest economy and we reported yesterday of declines in the antipodeans as Chinese and Hong Kong markets slumped.

NZD/USD has pushed higher and at 0.68 it is now above where it started the year and foreign exchange strategists at ANZ say the currency is "finally back in the black again".

"The Kiwi ended the week a touch above 0.69, having held gains. With limited local data this week, it’ll likely follow global risk appetite again," says Brian Martin, Head of Global Economics at ANZ in a note out ahead of the new week.

But ANZ warn clients in their regular weekly currency briefing that conditions are likely to remain uncertain amidst rising equities but a Federal Reserve that is in "hawkish hike mode".

Oil prices remain elevated and there is no end to the Ukraine crisis in clear sight. Martin also notes the U.S. yield curve is flat and potentially on the brink of inverting past three years, which is "often a harbinger of recession".

Regarding NZD/EUR, ANZ says it is "still recovering off lows as commodities bounce, but slow progress on Ukraine peace talks could potentially risk a bigger commodity rebound.