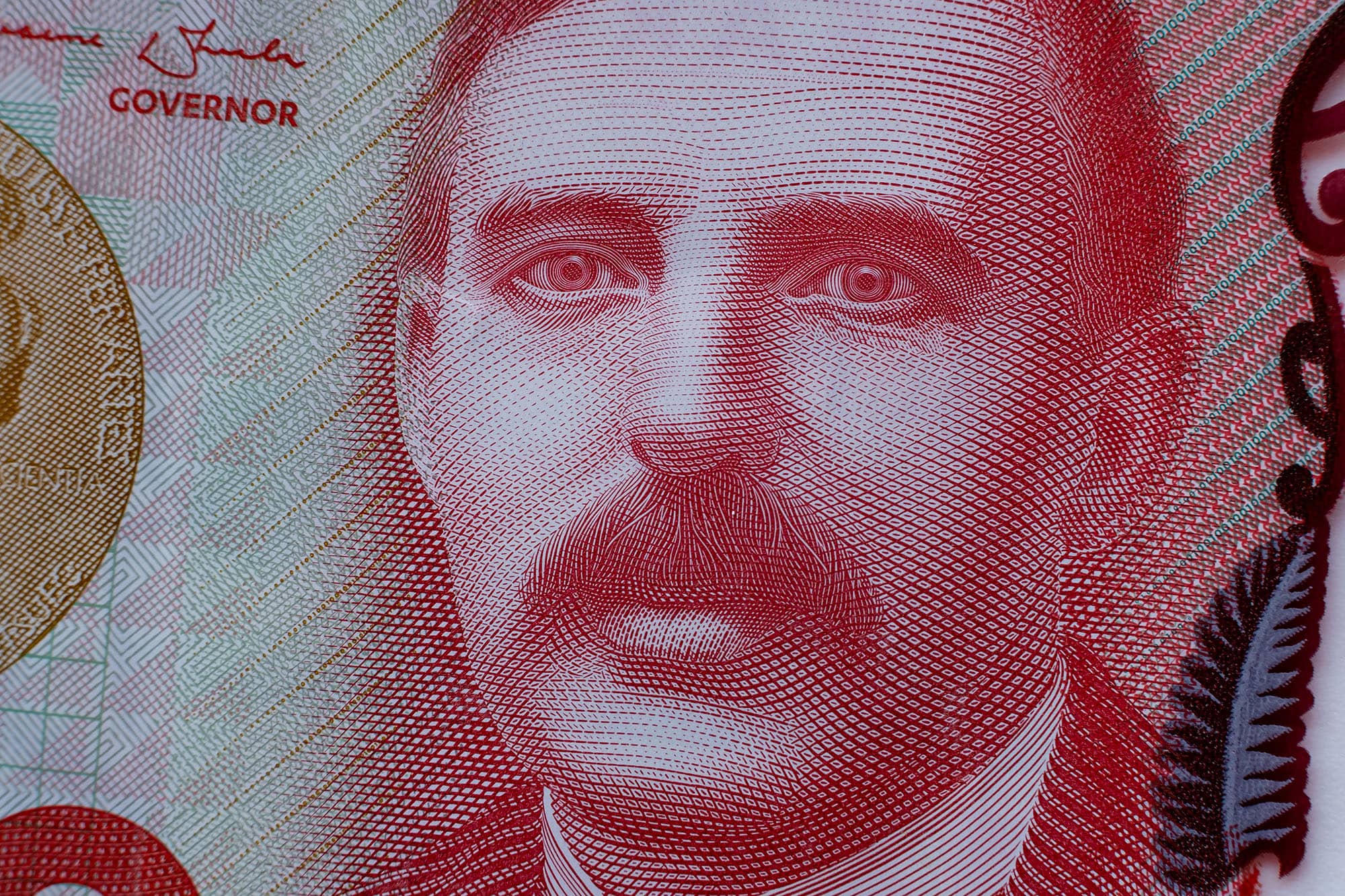 The New Zealand Dollar - which shows a positive correlation with global investor sentiment - was amongst the worst performing G10 currencies ahead of the weekend as stock markets continued to lose altitude.

A significant selloff in U.S. markets was triggered in the wake of a disappointing earnings release from Netflix, a shock which prompted selling right across the board as investors bet the Fed-fuelled Covid-era rally was at an end.

"Shaky quarterly earnings reports also helped to lower the market sentiment yesterday. Netflix, for example, fell by around 20% after the number of new subscribers was lower than expected. Increased tensions between the United States and Russia may also have contributed," says Lara Mohtadi, an analyst at SEB Bank.

Falling stock markets matter for the New Zealand Dollar which is amongst the most sensitive of the developed-market currencies to sentiment, rising when risk is 'on' and falling when it is 'off'.

"The US equity market made a turn around yesterday night and after trading with solid gains the major indices ended the day down roughly 1 percent a few hours before the closing bell, with tech heavy Nasdaq down 1.3%. The poor risk sentiment was also visible in the FX market and commodity markets," says Arne Lohmann Rasmussen, Chief analyst at Danske Bank.

Investors have turned decidedly more cautious as the Federal Reserve approaches its first interest rate hike, which is almost certainly likely to take place in March.

Up to four further hikes could be delivered by the end of the year, signalling a tightening in global financial conditions that would slow economic growth.

Nevertheless, the Reserve Bank of New Zealand looks all but set to lift rates higher and faster than its major peers, and this can offer some support for the currency over coming months says Rabobank.

The Dutch-based financial services provider and lender says the New Zealand's central bank should lift rates by up to 150 basis points this year, which could offer the New Zealand Dollar some support. 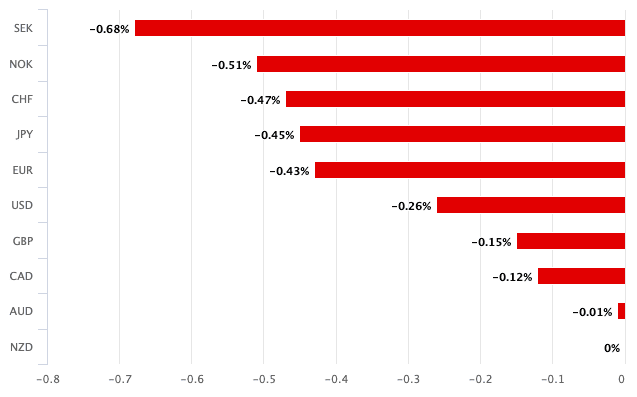 Above: NZD has lost value to all G10 peers over the course of the past month.

But, in a world where most central banks are now heading in the direction of higher rates it could be hard for the RBNZ to stand out.

Indeed, an increasingly crowded space meant that the two 2021 rate hikes from the RBNZ offered the NZ Dollar little support.

The Pound to New Zealand Dollar has been steadily trending higher since November and now sits above 2.00, while against the Dollar the New Zealand currency remains near multi-month lows.

Chief amongst them is the expectation inflation levels in New Zealand must be addressed by the central bank.

"Recent domestic survey data suggest that the bigger risk to growth in New Zealand this year could be inflation. This risk throws the RBNZ’s February 23 policy meeting into the spotlight," says Foley.

The New Zealand Institute of Economic Research's fourth quarter 2021 business survey show that 34% of respondents expected the economy to deteriorate.

This is up from 11% in the third quarter.

"The conclusion of the NZIER is that there is a need to anchor inflation expectations further and that continued RBNZ tightening is required," says Foley. "The markets are already very much in touch with this view."

She says money markets are positioned for an additional 150 basis point increase in RBNZ rates on a 1 year view.

There has been little by way of communication from the RBNZ of late but in November Assistant Governor Hawkesbury indicated that a step up in expectations about the pace of inflation could trigger a faster policy response from the RBNZ.

Given the trajectory of global inflation since his views were made, his stance is unlikely to have shifted.

"On the assumption the RBNZ remains hawkish we see scope for NZD/USD to creep back to 0.71 on a 3 month view," says Foley. 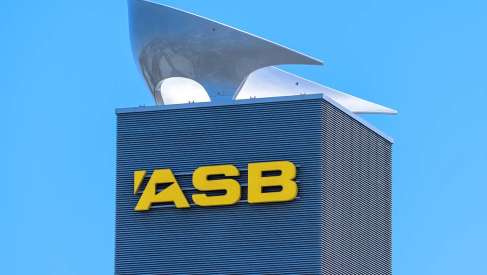 ASB says the recent weakness in seen in the New Zealand Dollar has further to run. 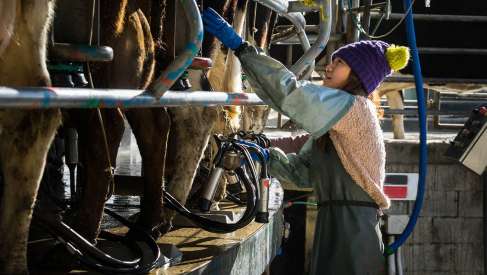 "We turn bearish on AUD and NZD" - Credit Suisse.

Pound to New Zealand Dollar Week Ahead Forecast: Slide Back Below 1.92 Possible

The Pound to New Zealand Dollar exchange rate has lifted sharply from its early April lows in recent weeks but could be at risk of sliding back to, or perhaps even beneath the 1.92 level in the wake of this week’s Federal Reserve (Fed) and Bank of England (BoE) policy decisions.