- NZD back near top of class amid further gains for risky assets.
- But is close topping out & may see a correction says Westpac.
- NZD overbought, overvalued, at risk in short-term says MUFG.
- But vaccine progress, RBNZ pivot promise fresh gains in 2021.

The New Zealand Dollar was an outperformer on Wednesday although strong November gains over all major currencies mean the Kiwi could now be due a corrective move lower in the short-term, according to Westpac analaysts, who say this will offer investors a buying opportunity.

New Zealand's Dollar was trading near the top of the major currency class amid widespread gains for risk assets on Wednesday, with only the oil-linked Norwegian Krone managing to get the better of the Kiwi, although NZD/USD has been flagged as vulnerable to a pullback.

"Global sentiment overnight should cap NZD/USD at 0.6920 today, with a corrective pullback to 0.6800 possible," says Imre Speizer, head of NZ strategy at Westpac. "Multi-week, we continue to favour further upside to 0.7000+ and would view such a pullback as a buying opportunity."

Speizer and the Westpac team say the NZ economy is expected to retain its recent positive recovery momentum and that the Kiwi should continue to benefit from elevated levels of investor risk appetite, which has been boosted in recent weeks by progress in the search for a coronavirus vaccine.

Moderna followed Pfizer this week in announcing that its vaccine candidate had proven highly effective in clinical trials, leading investors to speculate that a global rollout could support the economic recovery as soon as Spring 2021.

British health secretary Matt Hancock said Tuesday that if proven safe and effective the UK could begin rolling out the Pfizer vaccine in December, while New Zealand's government said it has secured 1.5 million doses of any Pfizer treatment that becomes available. 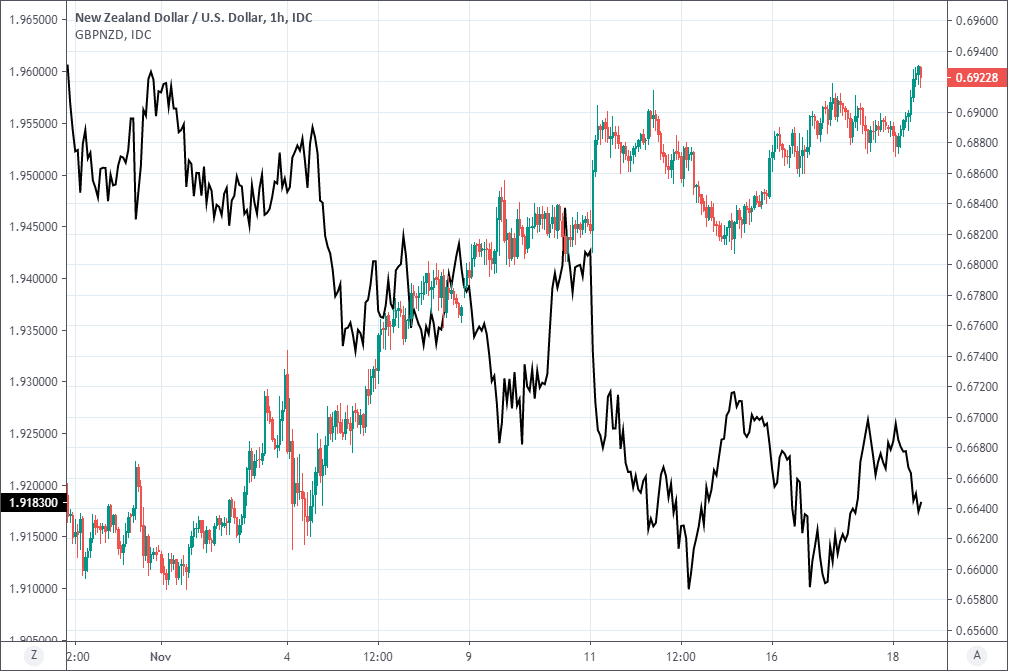 Vaccine progress is significant for the Kiwi economy because a successful vaccine could give the government the confidence to reopen the country's borders to tourists by the end of 2021 in line with current plans, if not sooner.

This could provide a significant tailwind to the New Zealand economic recovery given tourism's previously greater-than 6% share of GDP.

But with much of Europe already under a renewed 'lockdown' while U.S. cities and states stand on the verge of fresh restrictions, the danger is that an overbought Kiwi Dollar and oversold U.S. greenback reverse course in the short-term, leading NZD/USD to correct lower from Wednesday's 0.6925 level.

Much depends however, on how the mood of investors is reflected in stock markets and prices of other risk assets given the Kiwi and many major currencies have followed those prices for months. Global stocks were higher on Wednesday but many indices remained below last week's highs with an uncertain short-term outlook.

New Zealand's Dollar has been lifted in November by a trifecta of positive influences not limited to vaccine progress, which could play a role in keeping the Reserve Bank of New Zealand (RBNZ) from cutting its interest rate below zero next year, as the evolving rate outlook and tentative outcome of the U.S. election have both played a role too.

"In our view, global factors such as the lockdowns in Europe and the US can pull AUD and NZD lower in the near term. However, the vaccine and potential FOMC monetary policy easing can lift AUD and NZD in the medium term. Local factors will move AUD and NZD too," says Joseph Capurso, a strategist at Commonwealth Bank of Australia. "Fading risks the Reserve Bank of New Zealand introduces a negative policy interest rate is a positive for NZD."

The U.S. election has bolstered the outlook for China and all of Asia's economic recovery, encouraging U.S. Dollar declines along the way, while underwriting a more favourable trajectory for prices of New Zealand's export commodities.

Meanwhile, the RBNZ indicated last week that it no longer expects to have to cut the cash rate as far below zero as was once thought likely, leading investors to reprice their expectations for Kiwi interest rates and the New Zealand Dollar.

If a vaccine rollout enables the RBNZ to retain its improved policy stance then there would be further reason for analysts and investors to expect a continued rally in Kiwi exchange rates over the coming year.

Westpac and CBA have both warned of short-term weakness in the Kiwi but otherwise expect it to end 2020 around 0.70 before climbing further in 2021, while MUFG forecasts an NZD/USD retreat to 0.66 in time for year-end ahead of a return to 0.69 over the course of 2021.

"While COVID restrictions have eased, the border remains closed, which hits tourism and employment. RBNZ officials have communicated that more easing is likely which we believe is more about slowing NZD appreciation than fuelling weakness," Hardman says in a November review of MUFG's forecasts. 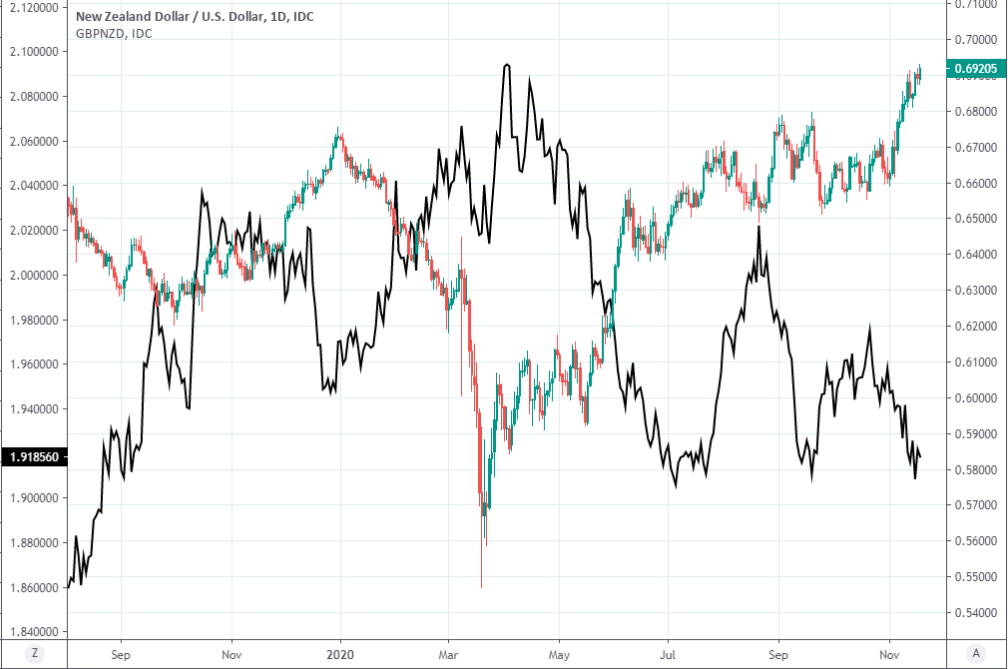