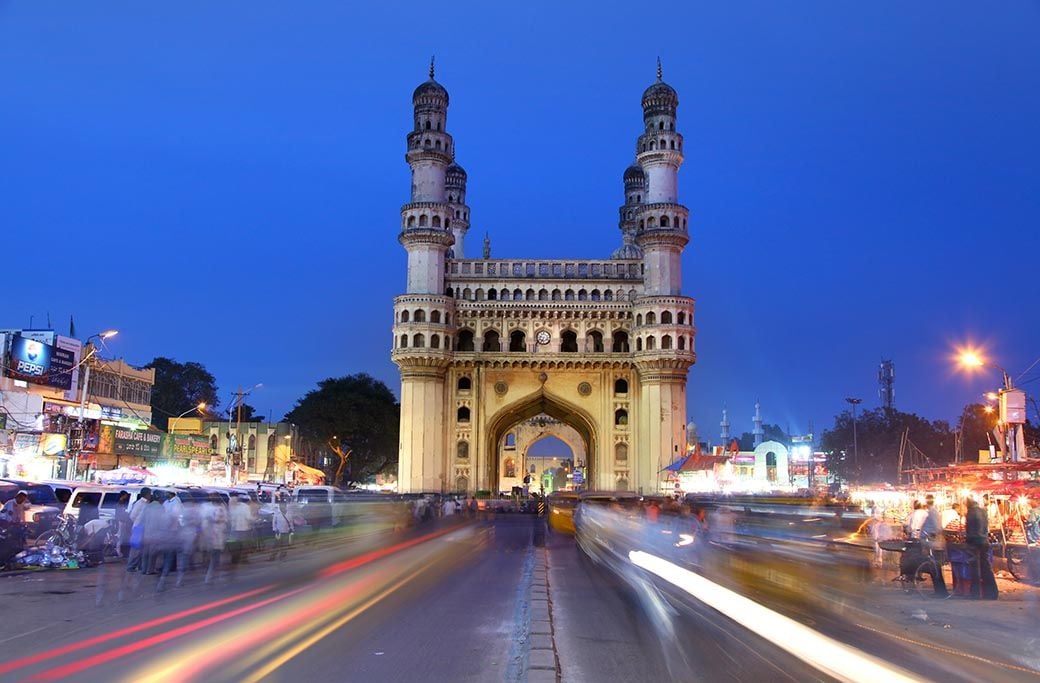 - GBP/INR likely to recover in short-term

- Rupee to be moved by strength of U.S. Dollar and risk appetite

The GBP/INR exchange rate is trading at around 86.47 at the time of writing down 0.85% already so far this week, aided largely by the broad-based sell-off in Sterling in what is to be a key week in British politics.

Concerning the outlook, our latest studies of the charts suggest a marginally bullish bias still exists.

The 4hr chart - used to determine the short-term outlook, which includes the coming week or next 5 days - shows the pair pulling back after peaking at the August 26 highs. 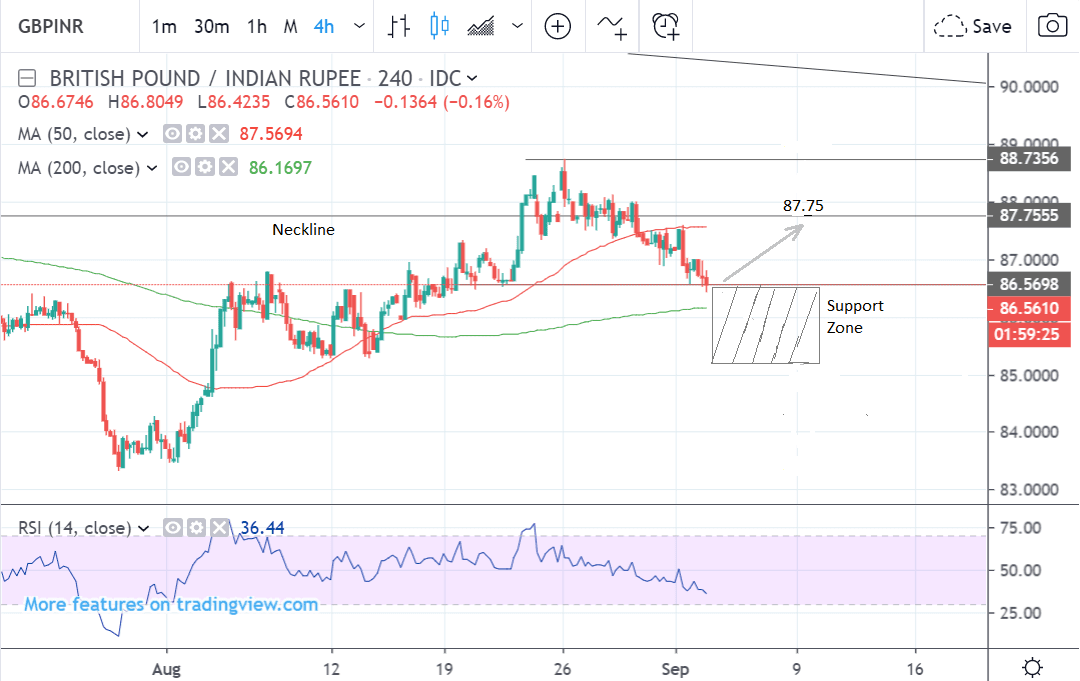 This pull-back has entered its 6th consecutive day and brings into question the stability of the former uptrend.

Nevertheless, the decline has slowed and momentum has grown subdued and there is an old market saying to ‘never short a dull market’ which, we think is relevant at this point, and slightly biases the trend to recover and rise rather than continue falling.

In addition, there is some strong support just below the exchange rate in the 85s which is likely to present obstacles to further weakness.

As such we see the odds favouring a recovery up to a target at 87.75 and a major support and resistance line which is the ‘neckline’ underpinning a large bearish price pattern visible on the weekly chart (see below).

The daily chart shows the pull-back reaching the 50-day moving average (MA) where it is likely to encounter some strong support and probably stall or bounce. 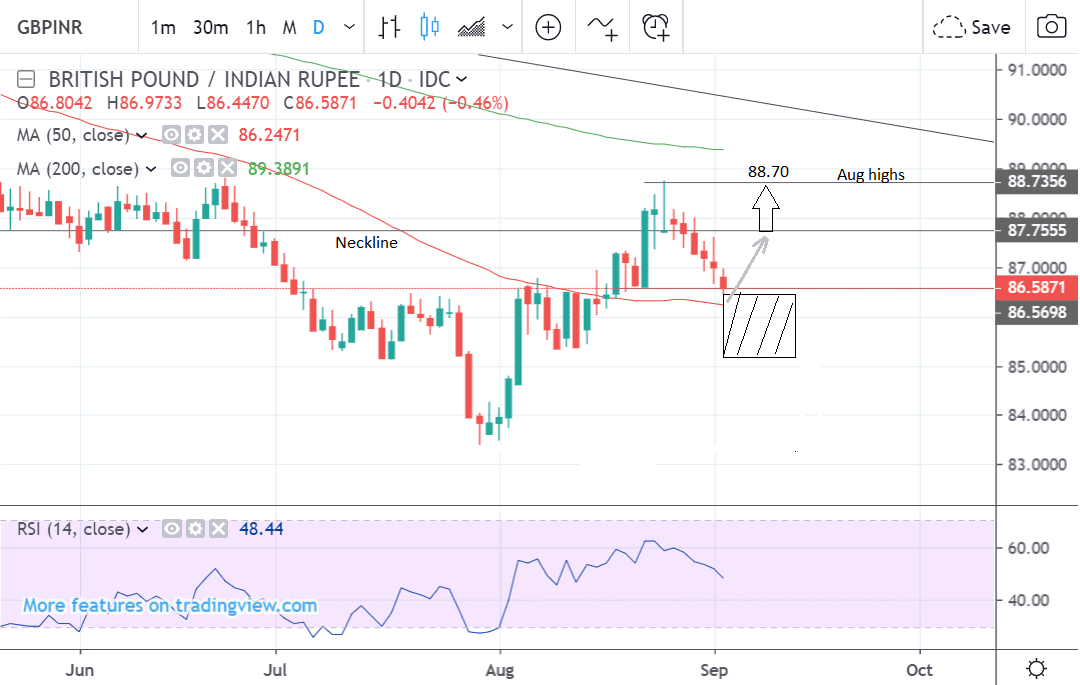 Eventually, we see the probability of a rise back up - first to the neckline at 87.75 - and then to the August highs at 88.70 evolving

The short and medium-term up-trending bias is less clear on the longer-term charts - although it has made quite a substantial recovery since bottoming in July, it has since rotated bearishly at the level of the neckline of a large bearish H&S pattern. 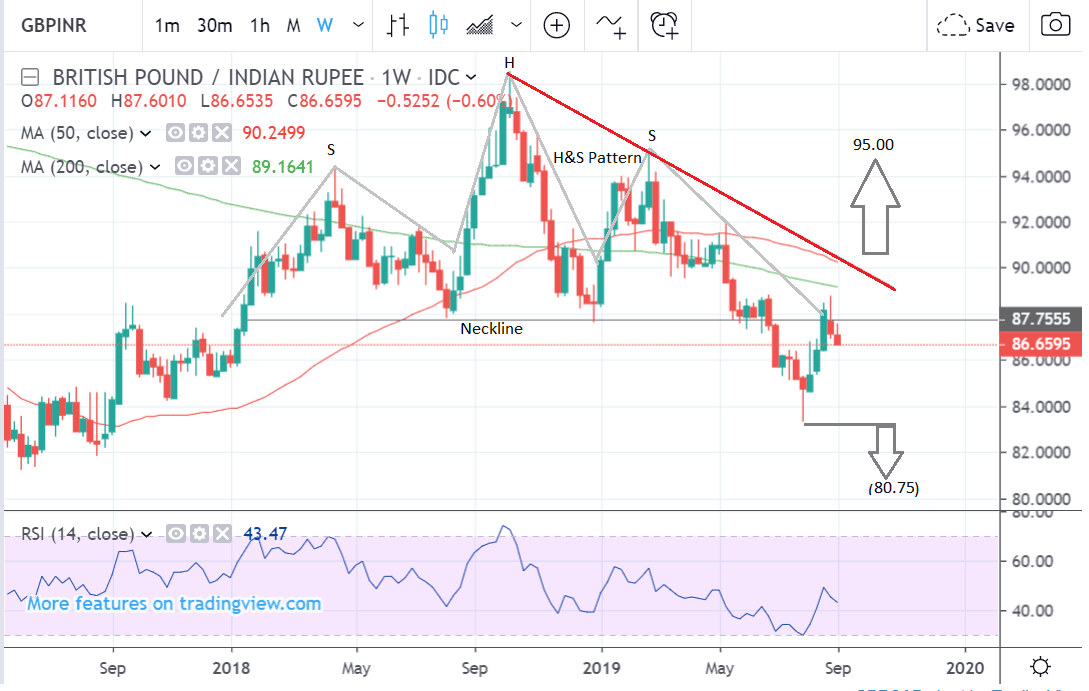 For really strong long-term confirmation of more upside we would want to see a break above the red trendline linking the head and right shoulder. A break above that level would probably lead to a move up to target at 95.00 and kill off all remaining bears.

Alternatively, a break back below the July 30 lows would probably see a continuation down to a target at 80.75, the official target for the H&S based on its height.

The main drivers of the Rupee are likely to be the strength of the U.S. Dollar and global investor sentiment.

The U.S. Dollar index is trading above 99 and yearly highs at the time of penning this article, mainly as a result of expectations of a weaker Euro and Pound.

If this Dollar strength continues it will likely keep the pressure on the Rupee and other emerging market currencies given the high proportion of transactions and borrowing that takes place globally in the U.S. currency.

The pressure on the Dollar’s key counterparts does not look like letting up suggesting Dollar strength will endure, at least in the short-term.

The Euro is falling as expectations of more quantitative easing (QE) and therefore liquidity (with a dilution effect) from the European Central Bank to help support poor growth in the region.

The Pound continues to weaken on Brexit uncertainty as MPs return from their summer break and attempt to legislate to prevent a hard Brexit on October 31. It is unclear whether they will be successful.

Another general election (GE) is the most likely outcome according to pundits. This might actually slow the sell-off in Sterling - oddly despite usually resulting in the opposite. In this case because it will reduce the chances of a no-deal in October and suggest the risk of anti-Brexit coalition winning a majority and taking over the Brexit process. Yet there is much uncertainty, everything is up in the air and no options can be discounted.

The latest turn in the trade war has now completed after China and the U.S. went ahead and raised tariffs on each other’s goods on September 1.

Since then the relationship between the two superpowers appears to have worsened putting pressure on risk assets and the Rupee.

Bloomberg reports that the US and China are struggling to agree on a schedule for a planned meeting this month to continue trade talks after the recent escalation.

"There is mistrust on both sides and the US went ahead with further punitive tariffs from 1 September even after China requested a delay. China’s Ministry of Commerce issued a statement yesterday saying that it planned to file a complaint at the WTO against the US tariffs under the dispute settlement process,” says Jason Wong, an analyst at BNZ.

The next set of tariffs are not scheduled for implementation until December 15 suggesting there may be a lull in global trade tensions until closer to that date, which may help limit risk aversion, and thus support the Rupee and other risky assets.

Traditionally risk aversion peaks in late August and rolls over into September, suggesting safe-havens may ease back and risk appetite make a recovery as we approach autumn. If so, this would be a supportive seasonal backdrop for the Rupee.

The annual growth rate of the Indian economy is declining after reaching record high levels last year, and leading the world.

Growth in Q2 was only 5.0% - well undershooting expectations of 5.7% and the previous quarters 5.8% - and whilst the Reserve Bank of India and government responded immediately with a major stimulus package the current RBI easing cycle is likely to continue.

With lower interest rates on the horizon, the Rupee is likely to suffer, since lower rates attract less foreign capital inflows and India’s attractiveness as a carry trade destination diminishes.