EU's Michel Barnier and the UK's David Davis have ratcheted up tensions over Brexit - turning the near-term outlook for Pound Sterling negative, but could markets be overreacting to a typical negotiating strategy?

Step aside Mark Carney, it looks like Michel Barnier is well and truly in charge of the Pound.

Pound Sterling went from hero to zero in the space of 24 hours with the currency shedding the gains realised in the wake of the Bank of England policy meeting on the back of a ratcheting up of Brexit tensions. Sterling fell during a press briefing on Brexit negotiations conducted by the European Union's Michel Barnier in which the tone was judged by markets to be negative.

Any hope that we would move away knee-jerk market reactions to Barnier's every breath - as was the case during 2017 - appears to be misplaced.

Barnier told assembled journalists in Brussels that a transitional Brexit period "is not a given". 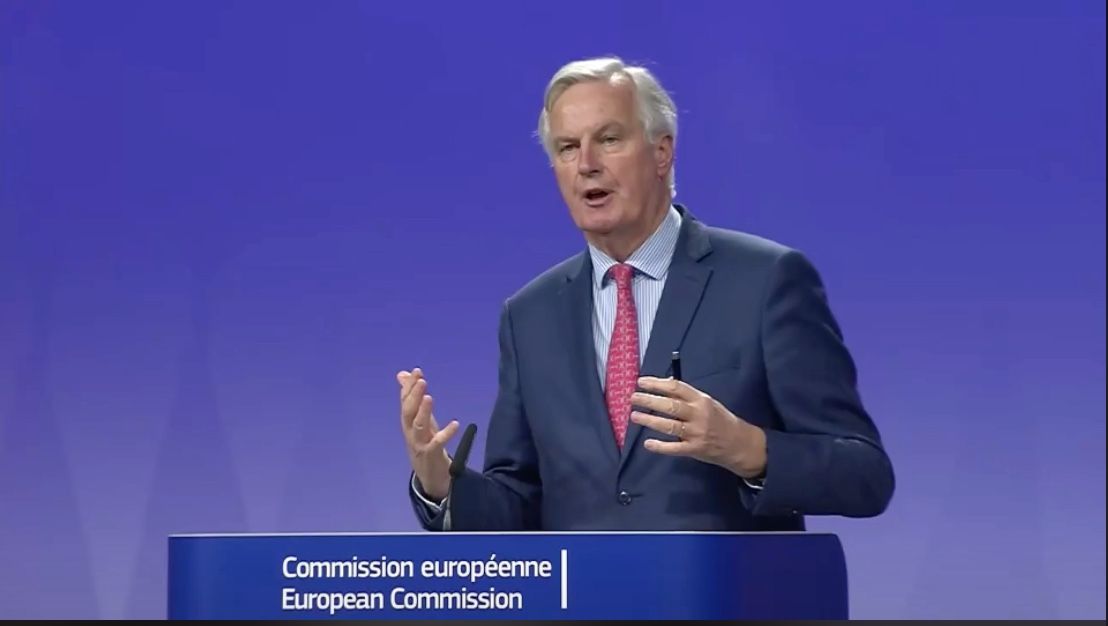 "Appears Mr Barnier is voicing concerns over the Brexit transition & the Irish border. The Pound is pushing lower as the pendulum shifts from a soft to a hard brexit. Some suggest a soft Brexit is indeed dead, leaving a hard or a very hard option. The Pound should continue to trade lower on the crosses," says Neil Jones, an analyst with Mizuho Bank Ltd.

Barnier cited the Irish border as an issue once more with the EU gunning for full alignment in EU regulations between Northern Ireland and Ireland.

In short, Northern Ireland is expected to remain in the single-market, which in turn creates a border within the UK; you can be assured the UK government nor the Northern Irealnd's largest party the DUP will not accept the splitting of the UK.

It appears those issues which were apparently agreed upon in late 2017 were perhaps not agreed upon at all.

The worst possible scenario for the British Pound pertaining to Brexit is that whereby the EU and UK separate abruptly in the event of no transitional deal being agreed. If no transitional deal can be agreed, you can bet your bottom penny that no trade deal will be agreed which opens the door to the trading relationship between the two jurisdictions defaulting to WTO rules.

Indeed, it is the chaos that an abrupt Brexit presents that is most disconcerting to businesses, and by extension the UK currency which was the second-worst major currency of the week.

“The losses against the Euro are even more pronounced. With Brexit once again moving back onto the markets’ radar, risk of a sterling downturn has returned and even the Bank of England’s aggressive policy outlook hasn’t provided much support to the pound. It will be interesting to see how the markets respond to the EU summit towards the end of the month, and any news that leaks from it,” says Hamish Muress at brokers OFX.

Sterling bulls will be feeling particularly hard done by considering how well the Thursday, February 8 Bank of England event went for them. Note though that at the time BoE Governor Mark Carney did say the next interest rate rise at the Bank of England was contingent on progress being made in Brexit negotiations.

So markets might feel justified in dropping the Carney 'put' for the Barnier 'call'.

Pound Sterling was one of the best performing G10 currencies in 2017 as it successfully "climbed a wall of worries" concerning the U.K. economy's ability to withstand concerns surrounding Brexit.

The UK's Secretary for Exiting the European Union, David Davis then hit back at Barnier hours later saying there was a “fundamental contradiction” in the EU’s approach, adding, "given the intense work that has taken place this week, it is surprising to hear that Michel Barnier is unclear on the UK’s position in relation to the implementation period.”

Davis acknowledged that "for any such period to work, both sides will need a way to resolve disputes in the unlikely event that they occur, But there is a fundamental contradiction in the approach the commission is taking."

What we have here is a ratcheting up of tensions between the two sides, much like we saw at the start of the first rounds of Brexit negotiations. For currency markets the question is this - are we witnessing showmanship, as both sides muscle forward their positions? Will they inevitably strike a deal just as the March deadline approaches?

If history repeats, then the answer would be yes, in which case the selling of Sterling could be an over-reaction.

However, "an important positive implication for the Pound is that the risk of a more disorderly 'No Deal' Brexit outcome has diminished and the Pound should strengthen if fears over a more disruptive and harder Brexit outcome do not materialise," says Derek Halpenny at MUFG.

What we are however now seeing is the EU looking to put pressure on the UK ahead of the clinching of the next stage of the deal - this appears to be a repeat of the strategy deployed by the EU in 2017 which is to set a negative tone to push for concessions, and then seal the deal 'just in time'.

Markets should be wary of this strategy, and we would imagine damage could be shallow.

"Michel Barnier says Brexit transition is not a 'done deal' & neither is $GBP upside. But today's fall in gilt yields & Pound seems like an overreaction - especially if history will repeat itself and a last minute deal will transpire. Fade the noise for now, but worth monitoring," says Viraj Patel, a strategist with ING Bank.