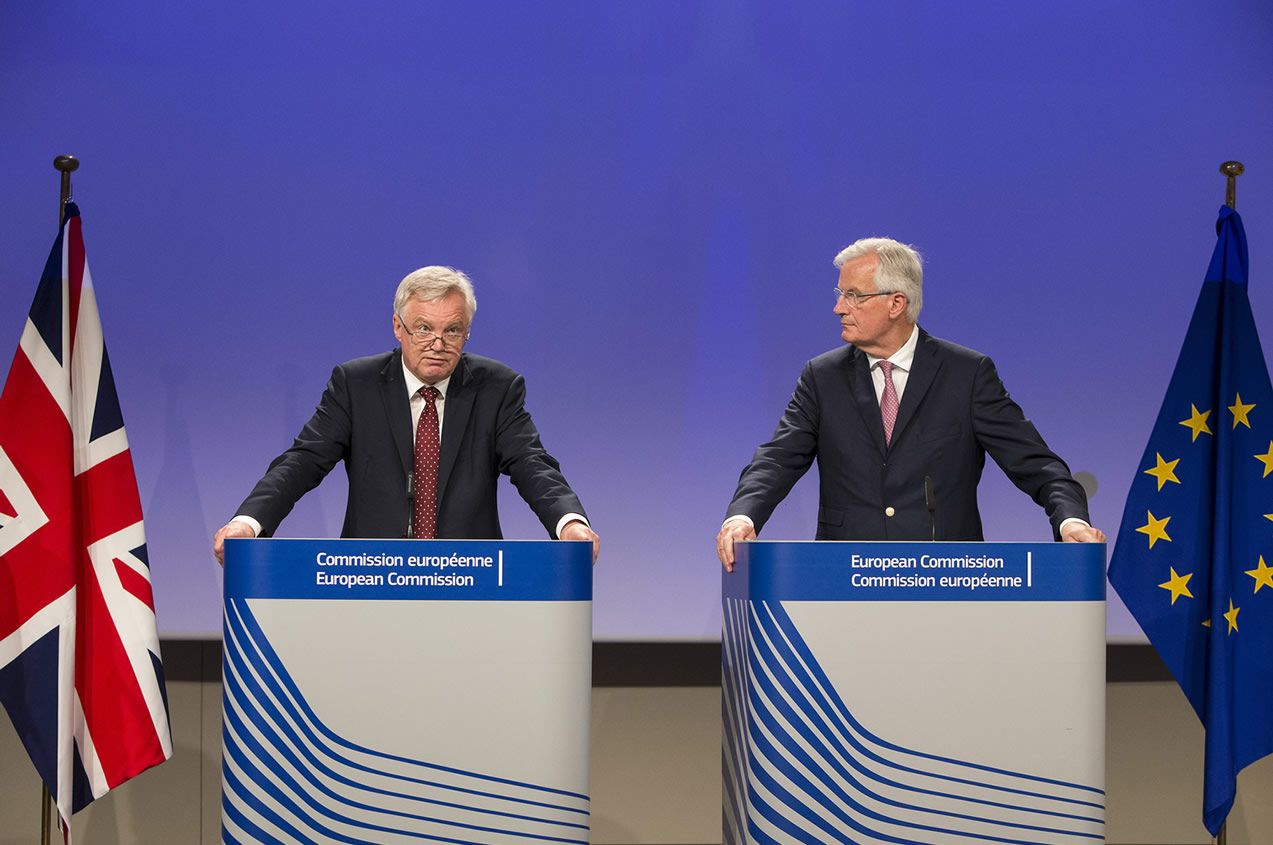 An improving outlook for the British Pound was reinforced after Brexit negotiators signal progress and a constructive tone in the fourth round of talks.

The UK’s David Davis and Michel Barnier have both confirmed progress has been made in the latest round of Brexit negotiations with Barnier confirming Theresa May’s Florence speech went some way in rebooting a process that had stalled.

Indeed, as noted by one journalist - the atmosphere in the press briefing is certainly more constructive than on previous occasions.

"It’s positive that Theresa May’s speech made it possible to unblock the situation to some extent and give a new dynamic,” says Barnier.

Both Davis and Barnier confirmed notable progress has been made while acknowledging stumbling blocks remain with Barnier warning unlocking the remaining issues could "take months".

Davis noted that while "inevitably further discussion" is required, "I believe that thanks to the constructive and determined manner with which both sides have conducted these negotiations we are making decisive steps forward."

"GBP rose, supported by comments from the Brexit secretary that "considerable progress” had been made in talks," says Janu Chan, an analyst with St. George Bank.

Concerning the remaining issues that will need to be worked on, the jurisdiction of the European Court of Justice over EU citizens post-Brexit is a point of contention.

A document released by the UK's Department for Exiting the European Union comparing the settled and outstanding issues concerning the future of citizen rights confirms the majority of issues have been agreed.

Notable progress has been made on the exit bill, however it appears further technicalities remain. Of note, the time-frame within which the UK sees its obligations being relevant appears to be under scrutiny with the UK saying the obligations involve those entered into until 2019.

The EU, would naturally want the date to extend.

"We note the finer details – such as the precise budgetary and judiciary conditions of a transition phase – still need to be ironed out by UK and EU officials. This may well be the focus of Brexit talks for the remainder of the year and therefore we retain a constructive GBP outlook on the hopes that an ‘economically rational’ Brexit – one that reduces some of the uncertainty clouding GBP markets – can be achieved" says Viraj Patel, analyst with ING Bank N.V. in London.

The UK Government received support from an unexpected corner when Hilary Benn, Labour chair of parliament’s Brexit select committee, said in an interview it is clear why the UK Government is holding out on agreeing the settlement bill:

“In the end, it is a political negotiation, and I can understand why the British government is saying a final decision on the money we’d like to keep until we know what you’re prepared to offer on the hugely important question of trade and market access.”

Barnier says he looks forward to moving through these when the next round of negotiations begin on October 9.

The atmosphere is without doubt constructive for Pound Sterling we believe, as it suggests there is a strong determination to push talks forward to a stage at which the future trading relationship can be agreed.

One journalist compared the atmosphere between the third and fourth rounds as being like "night and day".

Concerning the Pound, atmosphere is what counts.

"We think it may take a significant deterioration in negotiations for Brexit headlines to return as a durable determinant of GBP performance," says Ned Rumpeltin, European Head of FX Strategy at TD Securities.

While there are certainly issues to be dealt with by negotiators, markets are apparently content to watch overall tone rather than set deadlines noting that the EU has a tendency to finalise deals in the eleventh hour.

"Interestingly, discussions with clients and our own traders suggest that there is little focus on these key dates," says Rumpeltin. "EU negotiations have a tendency to run right up to the last minute, as the Greek crisis showed, so traders will wait this out."

The Pound-to-Euro exchange rate is seen trading at 1.14 having been as low as 1.1350 earlier in the day. 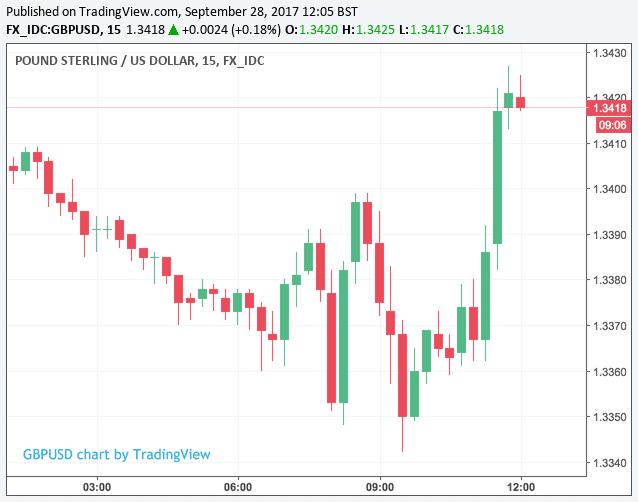 Above: GBP/USD stages a recovery as the outcome of the fourth round of Brexit negotiations are made clear.