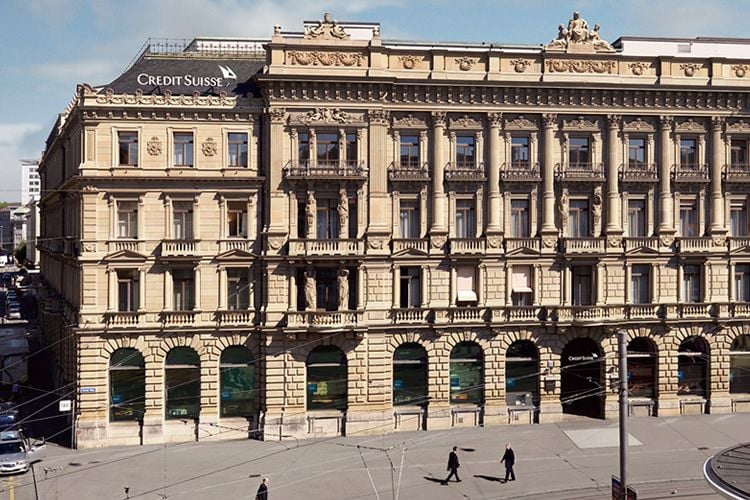 Credit Suisse have given six reasons to justify their view that Pound Sterling still has further to fall but they do acknowledge significant upside risks to this view.

Projecting the final destination to GBP’s long journey south could be a as simple as moving the dial along a hard-versus-soft Brexit scale.

Where the dial points once the Brexit fog lifts would therefore give you the final resting place of GBP/EUR and GBP/USD.

The trick is therefore figuring out where to put the numbers on the scale and then calculating the hard-versus-soft Brexit probabilities and moving the dial accordingly.

Of course calibrating these probabilities is the complicated bit.

But, analysts Shahab Jalinoos and Bhaveer Shah at Credit Suisse have done the maths and they currently see a 60:40 probability of hard vs soft Brexit based on the current political picture.

The dial turned a little further towards soft-Brexit on Wednesday the 19th October when Chancellor Hammond appeared before the Treasury Select Committee and told lawmakers that the government was looking at various market-friendly options over European Union immigration.

If the dial were to keep turning to full soft-Brexit then Jalinoos and Shah estimate that Sterling will recover to 1.35 against the Dollar on a one-year horizon.

Were the dial to swing back sharply to a full hard-Brexit then the Pound could actually fall all the way back down to 1.05 - the all time low - against the US Dollar.

Noting that neither outcomes are likely the two Credit Suisse analysts are left with a weighted-probability forecast of 1.17 against the US Dollar.

This is their new one-year forecast.

This would leave EUR/GBP around 0.90 - from a Pound into Euro perspective this translates as 1.110.

However, “on a 3-month horizon, we remain bearish Sterling and forecast GBPUSD at 1.16 and EURGBP at 0.95,” say Jalinoos and Shah.

The previous three-month forecast for GBP/EUR was at 1.110 which suggests a 6% cut while the equivalent for GBP/USD was at 1.22 suggesting a 5% cut.

“As long as the prospect of Article 50 being triggered by March is alive amid UK political ruptures, we feel the natural gravity will probably be towards a lower GBP, despite some signs of stretched positioning,” say the two analysts.

The Dial Points to a Softer Brexit

Headlines this week have certainly been swinging towards a softer-Brexit - an outcome confirmed by Sterling’s more assertive trend.

This is what happened:

Six Reasons to Stay Bearish on the Pound

Credit Suisse cite six core factors as to why they remain bearish GBP:

1. The UK economy may be about to experience a ‘once in a generation’ structural transition. A weaker GBP may be needed to ‘oil the wheels’ as it undergoes this shift.

2. While GBP TWI recently reached ‘all time lows’, such valuation methods become less meaningful when economies are facing significant structural changes like the UK is.

3. Policymakers still give a green light to a weaker pound. Credit Suisse note Sterling’s fall did not stop the BoE from cutting rates in August, or from suggesting it may do so again. "Until there are genuine concerns about loss of purchasing power abroad or imported inflation, policymakers may still tolerate GBP weakness," say analysts.

The market has recently started to price BoE hikes, but Jalinoos and Shah suspect a rapid drop in GBP/USD below 1.10 would be needed to warrant a bold emergency measure from a still dovish tilted BoE.

4. Over time, global reserve managers may increasingly reconsider holding GBP allocations that may still be high to historical precedents.

5. The UK's balance sheet is large (relative to GDP) and leveraged (liabilities are large and liquid vs assets), which always leaves room for large FX moves.

6. And, as noted earlier in this piece, Credit Suisse are not convinced that a hard-Brexit is fully factored into market expectations yet.

"The GBP/USD implied volatility curve is no longer inverted as it would be during a true crisis, and the fact that the GBP options market remains well functioning is itself an indicator that a genuine hard-Brexit scenario may not entirely be factored into market thinking," write Jalinoos and Shah. 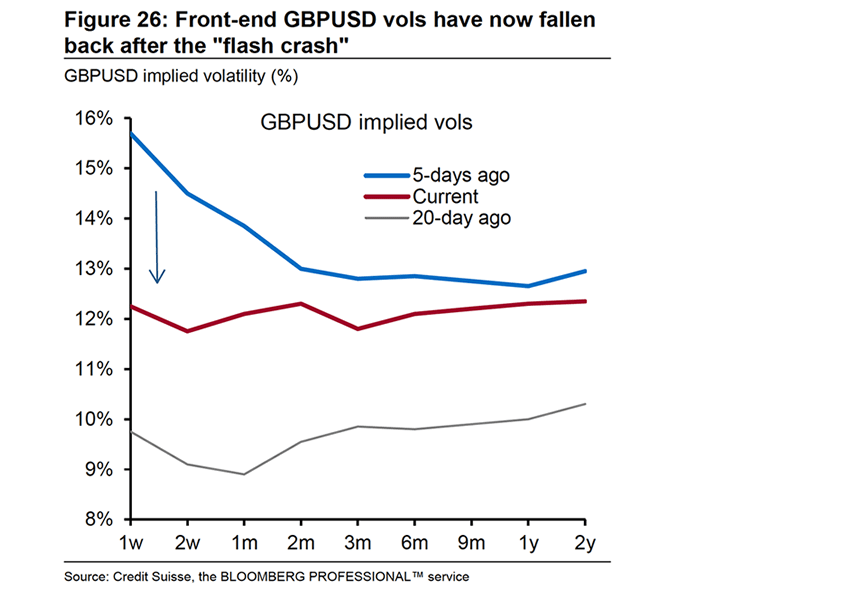 Furthermore, they note UK 5-year CDS suggests markets are relatively sanguine about the hard-Brexit risks. The swap is now below where it was through most of July 2016, and considerably below 2008/09 levels.