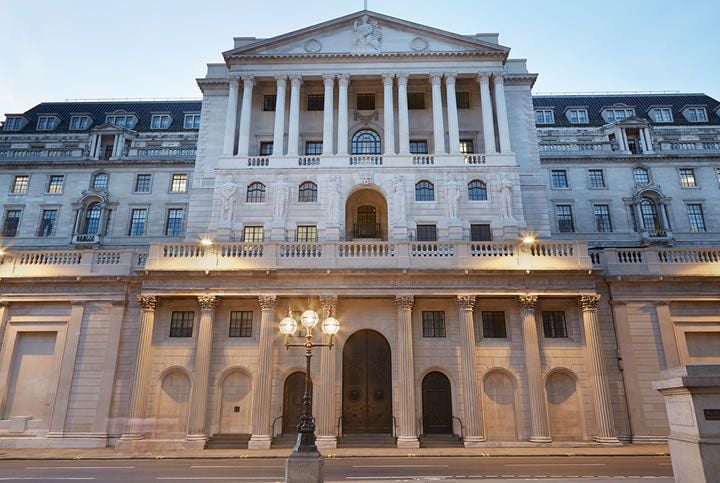 The Bank of England has provided a positive message for pound sterling which is advancing against the euro and US Dollar ahead of the weekend and keeping alive the prospects of better rates next week.

The British pound to dollar exchange rate climbed to a fresh month-long best on the back of positive comments from the Bank of England.

The Bank downplayed signs that the economy is slowing, highlighting erratic and Brexit-related uncertainties and reminded markets it is primarily focused on inflation expectations.

"Significantly, the MPC repeats it is more likely than not that rates will rise in the next 3 years – a very broad statement but removing one potential dovish risk nonetheless," say Citi Bank in a note to clients.

The reminder that the next move in interest rates is likely to be up, not down, was a positive for sterling. The pound to euro exchange rate rallied from lows at 1.2639 and is trading at 1.28 at the time of writing.

"Referendum uncertainty and fiscal austerity will keep rates on hold for a while yet – albeit not for as long as markets think," says Alex Holmes at Capital Economics.

Citi's economists think the recent weakness in sterling and pick up in commodity prices could see the UK’s period of low-flation drawing to a close which could well spell the end of the pound's downtrend, Brexit risks permitting.

The implication for monetary policy and the British pound is that the hurdle for MPC tightening will be much lower than recently.

The first rate could be significantly sooner than the 2019 date markets currently prefer.

"The MPC continues to judge that it is more likely than not that the Bank Rate will need to increase over the forecast period. We continue to expect the first increase in the Bank Rate to come in November this year," says Daniel Vernazza at UniCredit in London.

However UniCredit do advise that the risks to this view are skewed towards a later hike – based in part on their expectation that the UK will vote to remain in the EU.

On this basis UniCredit are forecating the pound to end 2016 at 1.60 against the dollar.

The Outlook for the Pound to Euro Rate

The market staged a decline back towards the bottom of the current 1.3071 to 1.2618 range, before seeing a sharp reversal following the FOMC event on Wednesday night.

“The range clearly remains intact, with our intra-day studies retaining a bullish bias for the coming sessions, suggesting a move back to the range highs can be seen,” says Robin Wilkins at Lloyds Bank.

Wilkins sees 1.2730/06 is intra-day support that would support weakness for the move higher.

However, looking at the medium-term, we must remember the trend lower remains intact.

Outlook for the Pound to Dollar Rate

Concerning the prospects facing the GBP to USD exchange rate, Lloyds believe the pair is going to develop a broader medium term range between 1.4650-1.4850 and 1.38-1.35.

This week Wilkins and his team were looking for a higher low to develop over the 1.38 region for a move back to the range highs, which they now believe has occurred at 1.4055, the low set on Wednesday.

“Intra-day pullbacks should be limited to the 1.44/1.4350 region, with a decline through 1.4300/1.4275 negating the immediate bull bias,” says Wilkins on the levels that must be respected going forward.

Pound Still A “sell On Rallies”

GBPUSD has cleared above 1.4396 resistance and now approaches 1.4500 on some decent buying interest over the past 24 hours.

However, analysts at the world’s largest FX dealer caution the move lower could likely be delayed by the FOMC’s more dovish outlook and near over-extended GBP short positioning.