The independent research providers say in a new note, "concerns that the UK is setting itself up for an EM-style crisis are overblown."

The Pound and UK assets have been rocked over the past week as investors reacted to the 'mini budge' of Kwasi Kwarteng that saw a number of tax cuts announced.

Although the tax cuts themselves are largely affordable markets were spooked by the delivery: a cavalier set of moves to boost growth were not accompanied by any forecasts or independent oversight. 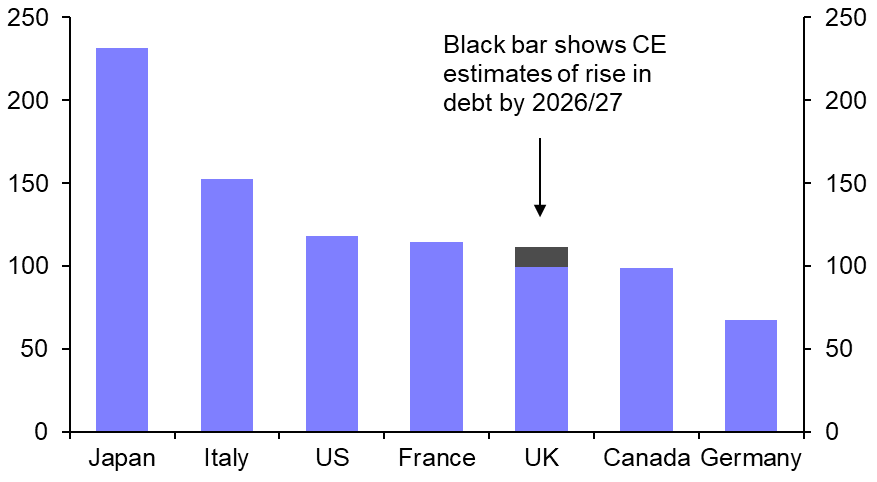 The Pound dropped sharply and bond yields surged, causing mayhem in some corners of the pensions market and widespread angst for mortgage holders.

"The strong message from markets is that credibility matters, and this is no time for unorthodox fiscal policy," says Kjetil Martinsen, Chief Economist at Swedbank..

Numerous economists have written notes warning UK assets were experiencing Emerging Market-style debts; in short, the makings of a Sterling crisis are emerging.

She explains, "this allows the pound to become an important adjustment mechanism. And because the UK controls its own currency, a default on sterling assets is unlikely".

This would especially be the case if fears grew about so-called 'fiscal dominance' i.e. the Bank of England effectively having to finance the deficit at the expense of meeting the inflation target.

"These higher interest rates might in turn weigh on private (and maybe even public) sector investment and drag on the trend rate of economic growth. In that case, GDP growth in the UK over the next couple of decades might end up underperforming our current forecasts," says Redwood.