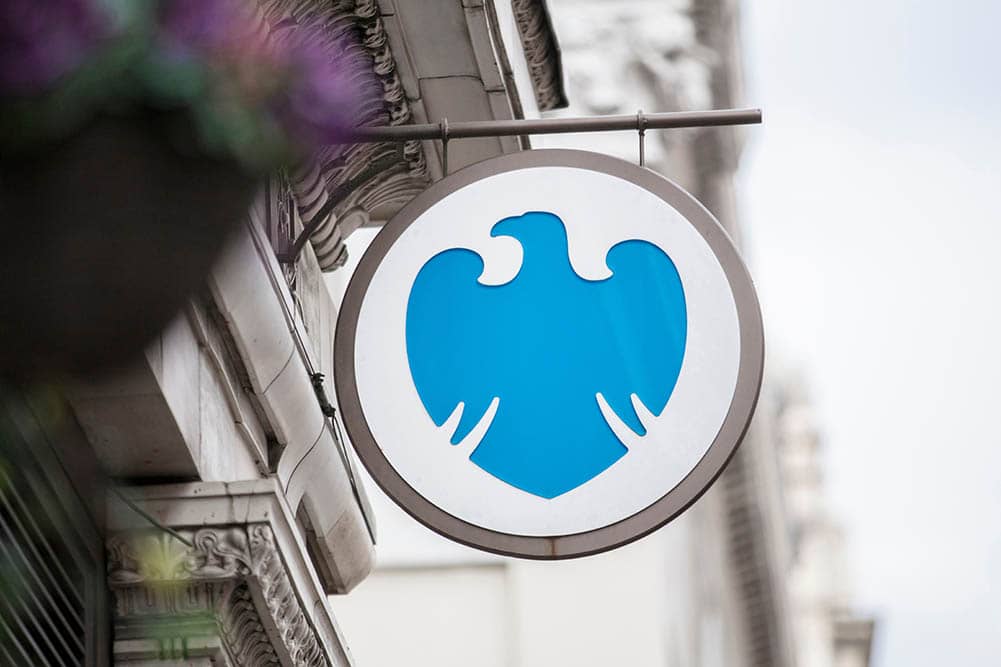 In a mid-year assessment of the Pound's prospects analysts say further declines will occur through the second half of 2022, but by the time we welcome in 2023 the currency could be ready to climb again, particularly against the Dollar.

"We expect a lower path for GBPUSD in the near term before slowly grinding higher in the medium term," says Themistoklis Fiotakis, Head of FX Research at Barclays in London.

Further falls against the Euro are meanwhile expected and in a worst-case scenario envisioned by Barclays the exchange rate could fall as low as 1.11.

The divergent monetary policy stance referred to by Fiotakis is a reference to whether or not the Bank of England raises interest rates as fast as other central banks.

The conventional rule of thumb in foreign exchange analysis is the central bank that raises rates the fastest and furthest supports its currency, this because it is typically the case international capital flows to where returns are greater.

The Bank of England might have started its hiking cycle earlier than other central banks but the Pound's recent underperformance against the likes of the Euro and Dollar hints that investors started to doubt the Bank's eagerness to deliver higher interest rates in the face of surging inflation.

But the Pound was boosted following the Bank's June policy update where it struck a more forceful tone with regards to tackling inflation.

"At its June meeting, the hawkish shift in the BoE’s rhetoric brought it in line with the Fed and the ECB in 'forcefully acting' on inflation at a cost of lower growth," says Fiotakis.

"We see "forcefully" as a codeword for a 50bp hike and believe the new guidance is a significant pivot away from the previous one," says Fabrice Montagné, UK Economist at Barclays in London. "The MPC introduced new guidance, paving the way for a 50bp hike if inflation pressures build beyond its expectations." 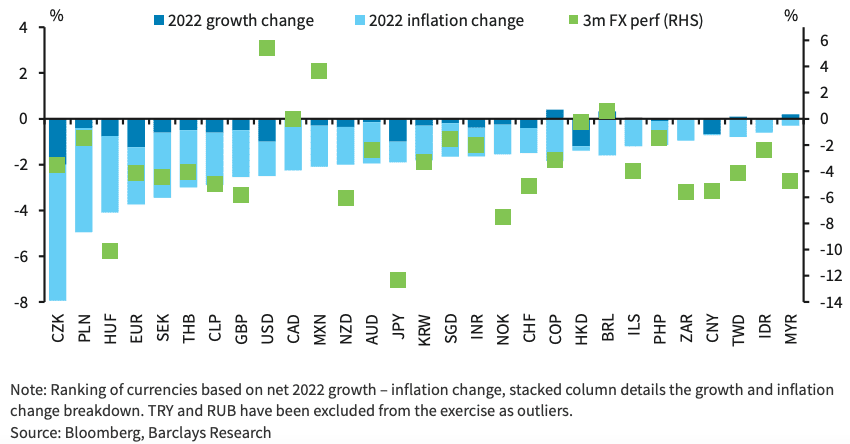 Above: "2022 gDP and inflation forecast change against FX" - Barclays.

But given the market expectation is for a 50bp hike in August the Bank must deliver this to simply keep the Pound near current values.

This in turn means there are downside risks for the Pound should the Bank prove more cautious going forward.

"By taking the lead in this hiking cycle, we believe the room for the BoE to deliver more hikes than markets have been aggressively pricing in at its late stage is more limited than its major G10 counterparts," says Fiotakis.

He adds that should the Bank raise rates less than the market anticipates the currency could weaken more than their forecasts imply, with EURGBP moving towards 0.90.

This equates to a Pound to Euro exchange rate of 1.11. (Set your FX rate alert here).

But, the Pound would be better supported if the Bank does pursue higher rates more aggressively.

"The hawkish monetary stance and neutral fiscal stance may ultimately allow for the BoE to reach at a higher terminal rate and undershoot the market’s expectations by less, leaving a floor for sterling," says Fiotakis.

Barclays holds a base case forecast for the Pound to Dollar exchange rate to extend lower as the Federal Reserve continues to out-hike other central banks.

"In the longer term, we expect GBP to benefit from a weaker dollar, bringing cable to 1.26 in 12 months," says Fiotakis.

Barclays current base-case forecast for the Euro-Pound exchange rate is at 0.87 by the end of September and 0.87 by year-end. This implies a flat Pound-Euro profile of 1.15, down on today's 1.1650. 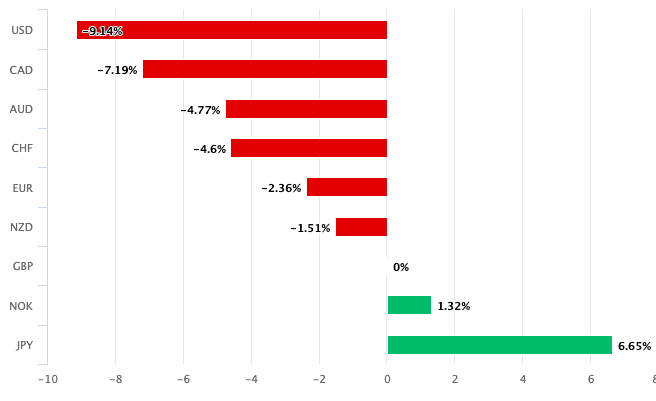 Above: GBP performance in 2022. The Bank of England's steady rate hike path does not appear to have a discernible benefit to the currency.

Although Barclays see further Sterling weakness in the near-term analysts at fellow high-street lender NatWest have recently said a 'peak pessimism' moment might be nearing for the Pound.

"For Sterling, our primarily focus is on whether the point of peak pessimism has been reached," says Paul Robson, Head of G10 FX Strategy at NatWest Markets.

He says the Pound's prospects will depend on whether a challenging UK economic outlook is now fully priced by the market.

The view confirms UK growth expectations relative to elsewhere will continue to be a significant driver of Pound Sterling performance.

"It leaves the outlook very data dependent. UK growth expectations have been revised downward on both a relative and absolute basis, with the main driver the global price shock," says Robson.

NatWest's currency strategy team nevertheless now believes the point of peak UK pessimism is near, "which leaves us seeing value in GBP/USD around 1.20".