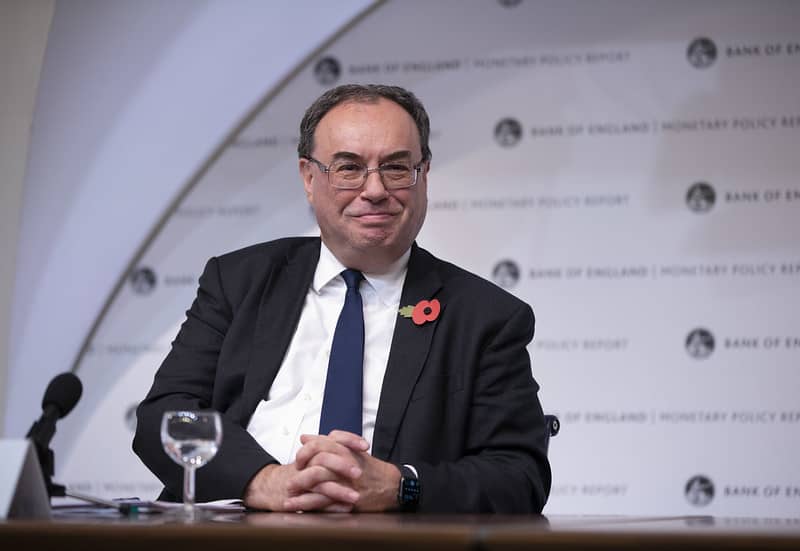 Above: Bank of England Governor Andrew Bailey delivers a post-MPC press conference in November. Image courtesy of the Bank of England, reproduced under CC licensing conditions.

Thursday's Bank of England policy meeting looks set to inject some volatility into Pound exchange rates given the high degree of uncertainty policy setters at Threadneedle Street have conjured over the recent past.

Market-implied odds lean heavily in favour of Bank Rate remaining at 0.10%, meaning a surprise rate rise or strong guidance for the need to rapidly push rates higher once the Omicron wave has passed in 2022 could see Sterling ending the week higher.

Bank of America expects the Bank to keep rates unchanged and signal they are likely to hike in February.

"This remains a close call. BoE rate setters' speeches give little concrete guidance in our view. A 15bp rate hike would not make much difference to the outlook, so they may conclude a small hike has few downsides but is a necessary signal to the labour market," says Wood.

But money market pricing suggests investors think the opposite and are geared for an odds-on eventuality that rates are left unchanged.

Declines in the Pound against the Euro and Dollar through December are testament to these fading expectations. 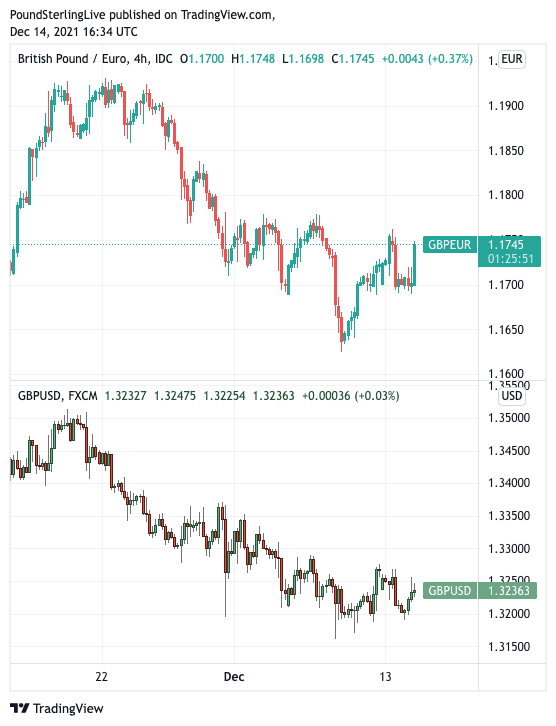 Above: GBP has fallen against the EUR (top) and USD (bottom) in tandem with decreasing expectations for a Dec. 16 rate hike.

The key questions for those watching Sterling on Thursday are, 1) to what degree have hikes expectations been completely eliminated, and 2) what if the Bank surprises and hikes?

"With the BoE having injected a large amount of uncertainty nothing can be taken for granted. If the market retains a residual expectation for a rate hike, a no change in rates weakens GBP. We feel, however, that the pain trade is for a squeeze higher on a rate hike given prevailing market sentiment," says Bank of America FX Strategist Kamal Sharma.

The prospect of rising rates in 2021 would in theory keep Pound exchange rates supported but Bank of America hold a list of negatives heading into 2022 that they say will weigh on the Pound, and that list is building says Sharma.

Bank of America see GBP weakening towards 0.89 versus EUR by the end of 2022; EUR/GBP is their preferred expression of GBP bearishness.

A higher Pound would almost certainly follow any decision to go against the grain and raise interest rates, and we have reported recently that there remain some big-name analysts out there who are still expecting a hike.

"By the 16th Dec meeting we reckon there will be sufficient information for the BoE to at least be comfortable with a 15bp hike, and that short-Sterling is now in a phase of under-pricing this risk,” says Peter McCallum, a rates strategist at Mizuho Bank.

The Bank will meet on December 16 with solid labour market statistics to refer to, data which importantly show Covid has not dealt a lasting blow to the country's labour market.

Many members of the MPC had argued the need for holding back on raising interest rates with a view to assessing labour market statistics covering the aftermath of the ending of the government's furlough scheme, fearing that unemployment might spike once support was removed.

But data from the ONS covering October shows there was no spike in unemployment and most of those remaining on furlough had gone back to their previous jobs. 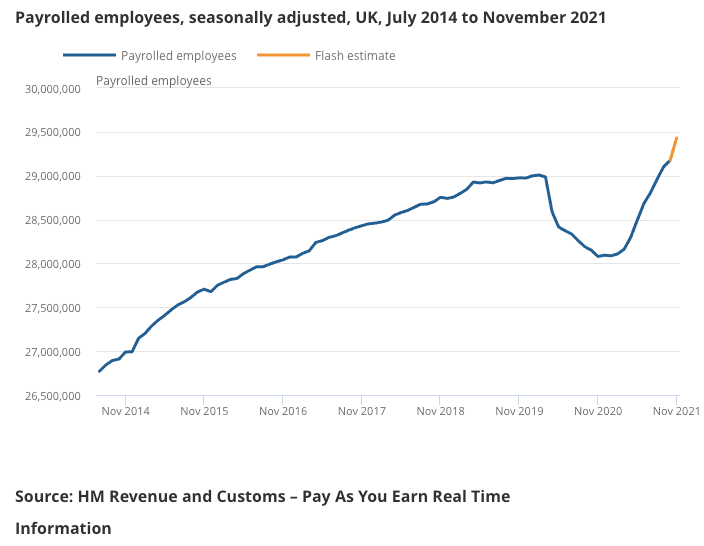 But he adds the exact degree of labour market tightness remains subject to interpretation as "various bias and measurement issues still somewhat blur the picture".

Those members of the MPC looking to delay a rate rise again could potentially point out the total number of jobs and hours worked remains well below pre-pandemic levels.

However there is no evidence that any member of the MPC has leaned heavily on these metrics in their decision making and forward guidance and such a stance risks betraying an inertia-at-all costs policy at the MPC.

"It would be important to avoid inaction bias, in view of costs associated with containing second-round impacts [of inflation]," Kristalina Georgieva, IMF managing director, said on Tuesday.

Delivering an annual assessment of the UK economy the IMF said monetary policy needs to withdraw the exceptional support provided during 2020.

Instead, the justification for any delay to raising rates would almost certainly be blamed on the emergence of the Omicron variant and subsequent measures by the government to contain the virus.

"We expect them to delay the lift-off in Bank Rate to February, but hawks will likely secure strong wording regarding the need for a more vigorous hiking cycle thereafter," says Montagné.

Foreign exchange strategists at Barclays meanwhile say the low odds implied by markets for a rate hike on December 16 means the downside risks to the Pound of such an outcome are limited.

"GBP is unlikely to trade materially weaker if our base case transpires," says a weekly note from the bank's strategy team.

They are looking for guidance from the vote count and the resultant rationale for delaying the tightening cycle given in the summary and meeting minutes.

"In fact, any conditional statement that a steeper hiking cycle may be warranted if the economic costs of the new COVID variant are limited could increase BoE pricing further out the curve and see GBP supported," says Barclays.

"A message of “delayed, not cancelled” until there is greater clarity on the health outlook should keep any GBP losses limited," they add.

Barclays are bullish on the Pound in 2022, telling clients the Pound will be caught in a tug of war between virus concern and the Bank of England's policy decisions.

Despite pushing back their expectations for the timing of the first rate hike to February 2022 they "still expect GBP to appreciate in 2022, boosted by BoE tightening, peaking inflation and elevated inbound M&A deals." 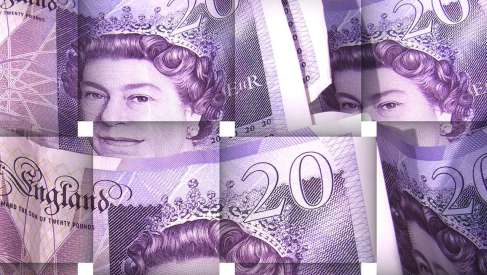 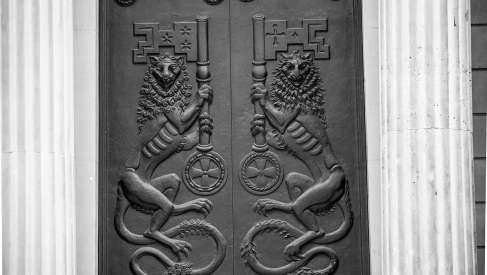