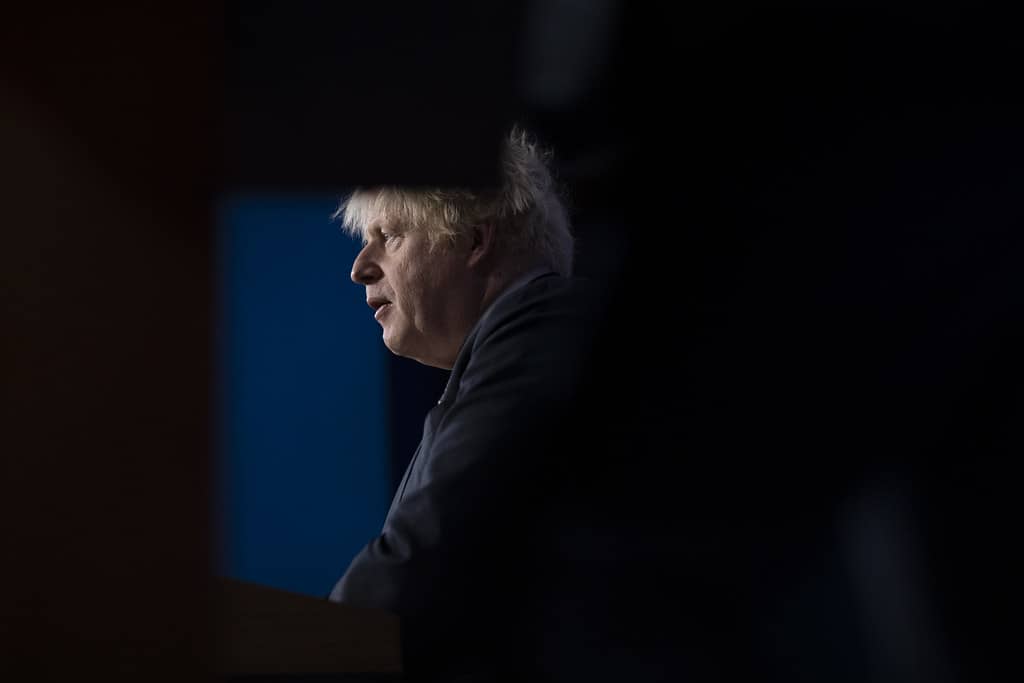 The gains are however modest relative to the hefty selling seen on Friday and betrays an investor community that is awaiting new information from scientists on the dangers posed by the Omicron variant of Covid-19.

"If Omicron proves a false alarm – similar to the Beta strain, which was detected last summer – then risk appetite could quickly be restored," says Neil Shearing, Group Chief Economist at Capital Economics.

Prime Minister Boris Johnson on Saturday said new measures to limit the spread of Covid would come in force from Tuesday, while UK-wide changes on international travel guidelines were announced last Thursday.

Additional restrictions are seen as being a potential headwind to economic growth and have meant the market has further lowered the odds of a December rate hike at the Bank of England.

An additional headwind to economic growth is posed by any deterioration in consumer and business confidence as caution grows that a new wave of the pandemic looms.

Much of Sterling's Friday declines were driven by the market's reduced rate hike odds as investors bet the Bank of England simply won't hike in an environment of deteriorating sentiment.

But a February rate hike is still fully priced by markets.

"Difficult decisions lie ahead for the Bank of England, which must balance a potential knock to the economic recovery with evidence of increasingly widespread cost pressures and tight labour market conditions. The odds of a rate hike at next month’s Monetary Policy Committee meeting may be receding," says Ross Walker, Chief UK Economist for NatWest Markets. 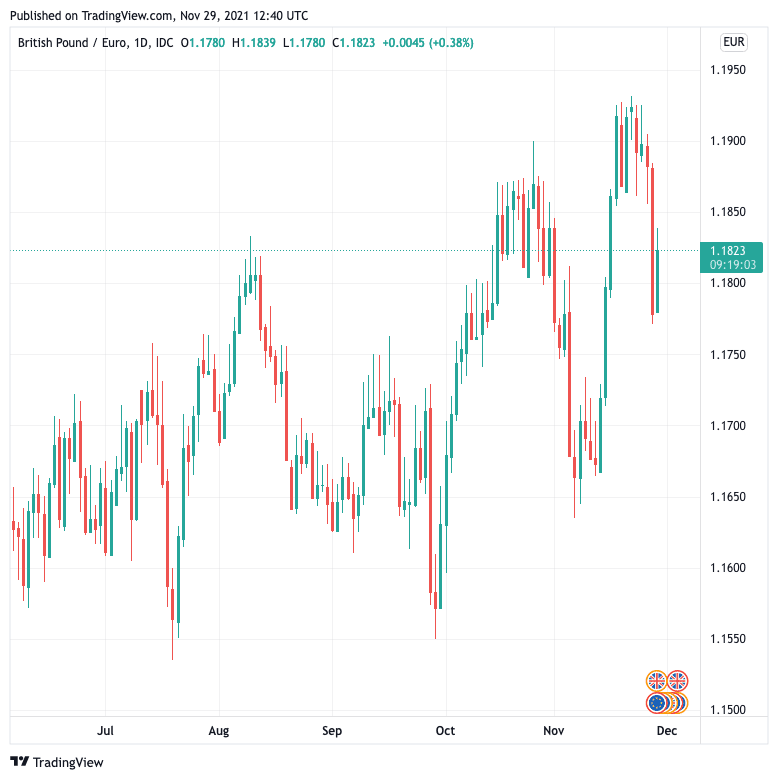 "In the UK and the US, governments have shifted a bit more towards an approach of 'learning to live with the virus'. This means the bar for imposing severe restrictions on activity is probably higher than in Europe, where governments are already adopting tough new measures in response to a spike in the Delta variant," says Shearing.

"Restrictions have been stepped up a level in the UK but still remain pretty mild with some extra mask wearing and adjusted border isolation while the Booster program could be broadened as soon as today," says a note from JP Morgan's currency trading desk.

Strategists at the bank say that the UK is relatively well positioned in terms of the rollout of the booster programme, and this could help the Pound if it meant the UK avoided a major rise in hospital admissions.

"I would say the outlook for sterling is ever so slightly brighter given that this new variant could highlight the UK’s aggressive booster campaign and also strengthen the chances of a ceasefire in the NIP/Article 16 dynamic for now," says JP Morgan. 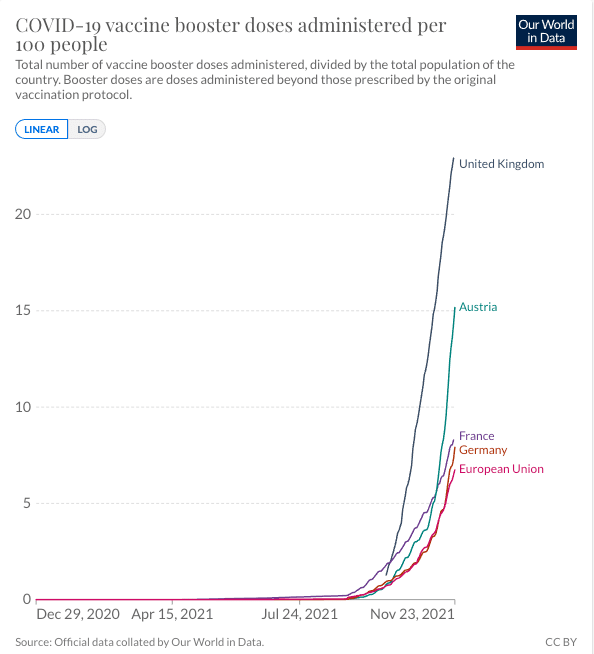 "We think the fact that the UK is back to being the G10 leader in terms of total number of vaccines as a share of the total population gives FX investors confidence that, unlike the Eurozone, the UK will not resort to fresh restrictions to fight the pandemic," says Valentin Marinov, Head of FX Strategy at Crédit Agricole.

Some economists are saying Omicron simply won't divert central banks from their aim of slowing normalising interest rates over coming weeks and months, which could benefit Sterling given the Bank of England is at the forefront of the move to return rates to higher levels.

"Unless a new wave causes widespread and significant damage to economic activity, it may not prevent some central banks from lifting interest rates next year," says Shearing.

"If Omicron proves a false alarm – similar to the Beta strain, which was detected last summer – then risk appetite could quickly be restored," he adds.

The Pound tends to benefit against the Euro and Dollar and other 'safer haven' currencies when investors are in a risk taking mode. However, it would lose out to the commodity currencies and Emerging Market currencies which tend to do even better in benign market conditions.

"What was anticipated for markets this week was turned on its head last Friday as news of the Omicron variant took its initial swipe at asset prices," says Jane Foley
Senior FX Strategist at Rabobank.

"News of the new variant provided a harsh dose of reality that impacted not just the outlook for Fed policy but also the EUR and GBP money market curves," she adds.

The outlook will remain unclear for a few weeks and JP Morgan's trading desk says it’s unlikely people will have enough confidence to put positions back on the market with as much conviction.

"It is too soon to draw conclusions over the new Covid virus mutation," says strategist Kenneth Broux at Société Générale.

"This effectively places markets in a holding pattern until we hear the assessment of the new variant from the WHO, Pfizer and other vaccine manufacturers. This could take one to two weeks," he adds.