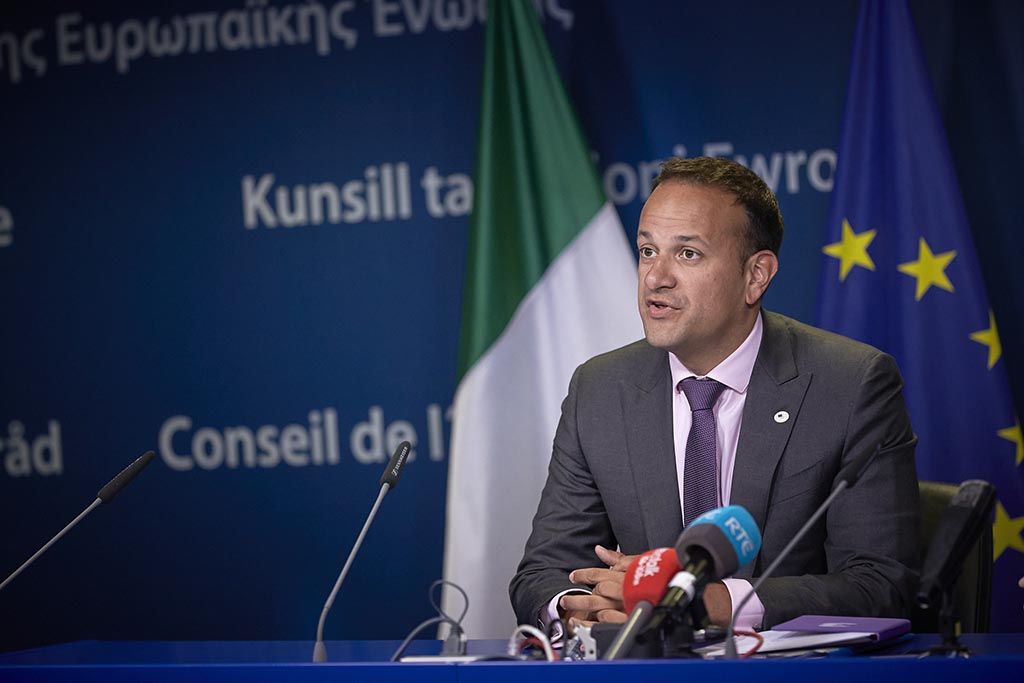 The EU has issued fresh warnings against a potential move by the UK to trigger Article 16 of the Irish Protocol, developments that pose potential headwinds to the British Pound.

Fears of a trade war between the UK and EU continue to build after Ireland's deputy prime Minister Leo Varadkar said his government was now preparing for such an eventuality.

Varadkar's comments come ahead of an anticipated triggering of Article 16 by the UK who have grown frustrated by the lack of movement by the EU in easing the burdens placed on trade between the rest of the UK and Northern Ireland.

Triggering Article 16 would allow the UK to suspend all, or part, of the treaty. But such a move would in effect undo the entire Brexit deal and precipitate a collapse in relations with the EU said Varadkar.

"I don’t think anybody wants to see the European Union suspending the trade and cooperation agreement with Britain," he told state broadcaster RTÉ.

"If Britain were to act in such a way that it was resigning from the protocol, resigning from the withdrawal agreement, I think the European Union would have no option other than to introduce what we call rebalancing measures to respond," he added.

For his part, the UK's chief negotiator David Frost said in Parliament on Wednesday, "I gently suggest that our European friends should stay calm and keep things in proportion."

Foreign exchange markets could build a premium into Pound exchange rates as uncertainties over the future trading relationship between the UK and EU builds, posing headwinds to any gains. 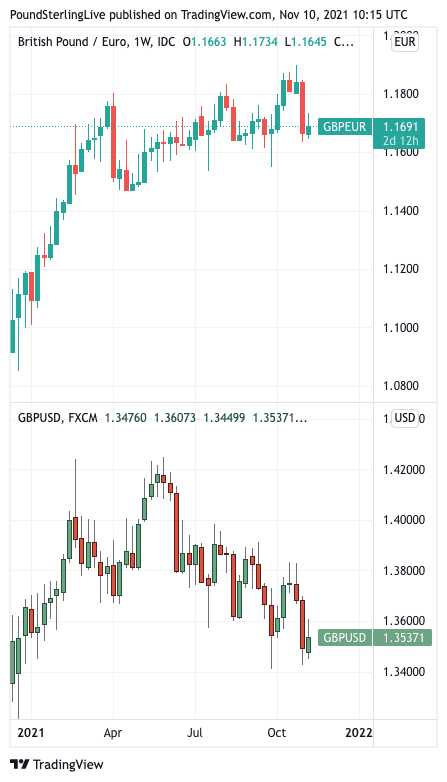 Strategists at BMO Capital Markets are cautious on Sterling's prospects given the rising tensions over EU-UK relations and the prospect of a trade war being ignited over Northern Ireland.

"For the time being, we also expect the GBP to trade with a more of a defensive tone on the expectation that the UK government will trigger Article 16 of the Northern Ireland Protocol at some point during the second-half of November," says Stephen Gallo, Head of European FX Strategy at BMO Capital Markets.

The next key moment in the ongoing talks between the EU and UK comes on Friday when a scheduled meeting between chief negotiators David Frost and Maroš Šefčovič will take place.

Ahead of the meeting EU Commission Vice President Šefčovič will informally meet with EU ambassadors today and update them on recent meeting with UK negotiators, as well as the ongoing talks.

Jessica Parker, Brussels Correspondent for BBC News, says an EU diplomat told her the talks have being going "extremely bad".

Discussions on how to react to any triggering of Article 16 by the UK are expected to continue and Parker says the extent of the reaction depends "on how far Britain goes on suspending parts of the NI protocol".

More minor changes will therefore invite a different reaction to a decision to "bin" the entire treaty.

One diplomat said to Parker "if the UK takes out a cornerstone of our relationship then we can do that as well."

A strong response by the EU "could focus minds over a number of months," says Parker. "There’s also a fear, in some quarters, that if the EU lets further UK suspensions of the protocol linger - while all this is hammered out - those changes start to bed in and become far harder to reverse."

A worst case scenario for the Pound would be a complete termination of the entire post-Brexit trade agreement, however such an outcome would be extreme considering the UK has said repeatedly it does not intend to bin the entire Northern Ireland protocol.

Instead, the EU could trigger legal proceedings and potentially impose tariffs on certain goods.

The Pound fell sharply last week in the wake of the Bank of England's decision to keep interest rates unchanged, while also suggesting that a December rate hike was unlikely.

Markets are now betting on a February hike and this could underpin the Pound going forward.

However, upside potential will be hampered while the Northern Ireland issue remains unresolved.