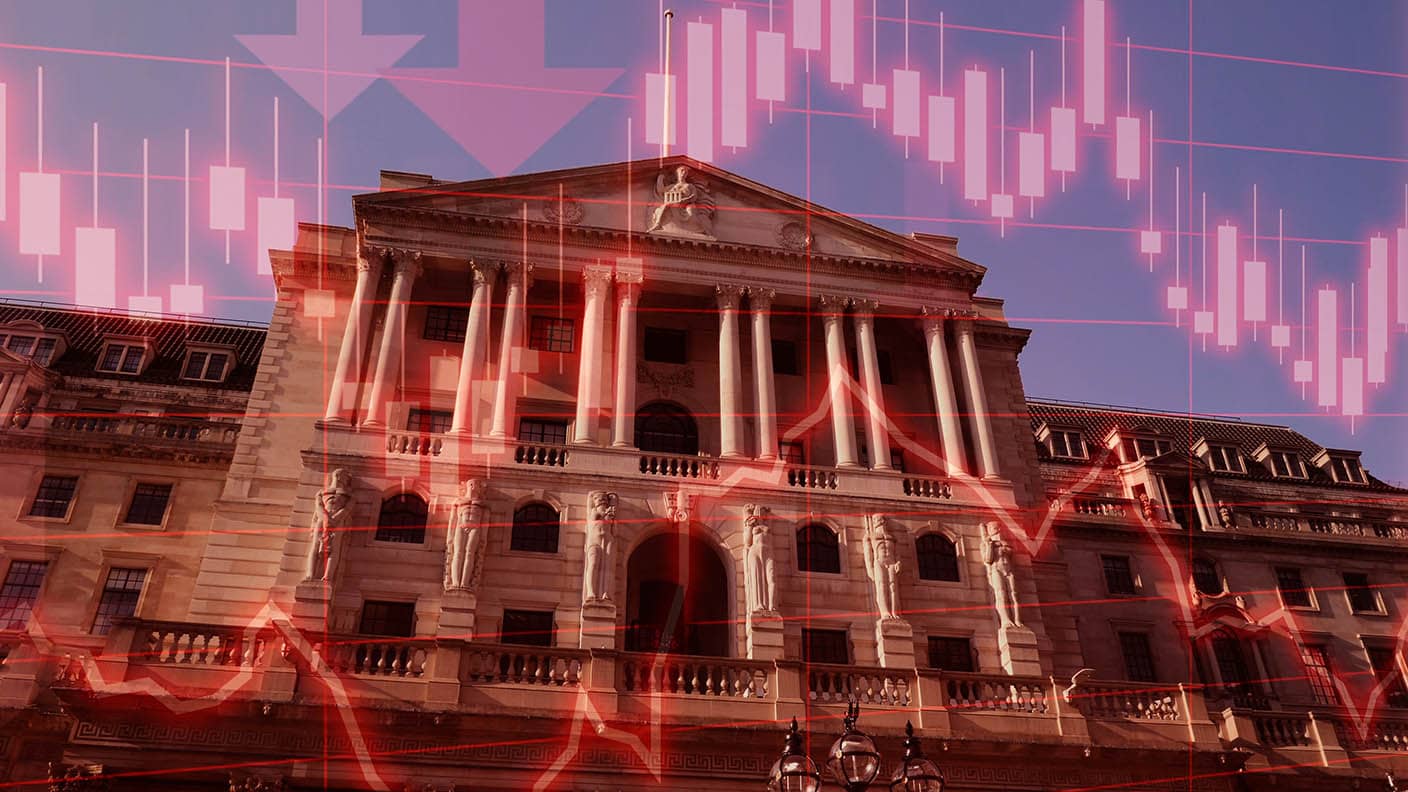 The decision taken will send a signal to foreign exchange market participants where on the 'hawk'-'dove' spectrum the Bank of England (BoE) is moving and could therefore set the tone for Sterling over coming days and weeks.

The BoE has a target of acquiring £875BN worth of government gilts from then market as part of a programme to provide money to the economy, which is due to be achieved by year-end.

At a current weekly run-rate of around £4.4BN a week the target will be achieved before year-end, leading to a sudden loss of support to the economy from the BoE at this time.

The BoE therefore faces a number of choices on Thursday, does it: 1) taper the weekly purchases now to reach year-end, 2) taper in June (which would mean a more severe reduction in the second half of the year) or, 3) increase the size of the envelope?

The first two choices in the above are considered by foreign exchange analysts to be supportive of Pound Sterling valuations, the latter could however prompt some weakness.

Credit Suisse economists expect the BoE to announce a modest cut in asset purchases from £4.4BN to around £3.0BN a week.

Critically for Sterling, "the move is not part of a hawkish policy shift but simply to achieve the current GBP 895bio asset purchase target at the end of 2021 as planned," says Shahab Jalinoos, Global Head of FX Strategy at Credit Suisse.

Ahead of the decision the Pound-to-Euro exchange rate (GBP/EUR) is trading towards the 1.16 level once more following three successive days of gains.

The Pound-to-Dollar exchange rate (GBP/USD) is largely directionless and was last seen at 1.39.

What matters for the Pound going forward is how 'hawkish' or 'dovish' the tone struck by the BoE actually is.

The rule of thumb in foreign exchange is that a central bank sliding from 'dovish' to 'hawkish' is one that is conferring support to its currency as global investor capital tends to chase down higher rates.

The culmination of the journey from dovish to hawkish would be the raising of interest rates, but Credit Suisse still has little expectation of an actual rate hike until 2023, because:

a) the outcome for UK employment is uncertain after the job furlough scheme ends in September, and b) because the BoE is actively considering reducing its balance sheet somewhat before raising rates, in contrast to previous policy.

"Neither the BoE nor the market are likely to push hard right now against the 50bp of hikes already priced in over the next 3 years, which all else being equal sends a modestly constructive cyclical message for GBP longer-term given that any avoidance of a post-furlough unemployment jump would be a genuine upside surprise down the line," says Jalinoos.

How markets interpret the BoE event will also rest to a degree with their changes to the economic forecasts in the quarterly Monetary Policy Report.

Credit Suisse economists expect the BoE to leave constructive medium-term growth targets unchanged, from a position of having been already relatively optimistic, but to nudge up near-term targets and take the 2021 growth expectation to 6.5% from 5.1% previously.

David Forrester, FX Strategist at Crédit Agricole says a taper would be an event supportive of Pound Sterling valuations and he expects the BoE to cut its weekly quantitative easing purchase pace from £4.4BN a week to £3.2BN.

"That being said, the BoE could ultimately decide to wait until June and even August. This would mean slowing the pace of purchases more aggressively, however," says Forrester.

Pound Sterling Live have picked up a notable increase in calls for the BoE to taper from the analyst community, therefore the market might be increasingly expectant of such a move.

"A stronger intent to taper asset purchases would put sterling into a new category of G10 currencies. Together with the CAD and NOK, a clear point to the exits would send a strong signal of a deeper divergence within the G10 complex," says Ned Rumpeltin, European Head of FX Strategy at TD Securities.

"This, we think, would see GBP rekindle its upside potential against the USD and other major trading partners as the FX market has rewarded currencies issued by hawkish central banks," he adds.

Were the Bank to opt out of tapering, and keep its asset purchases unchanged, then the currency could potentially come under pressure.

The potential for a downside reaction in the Pound to such a decision has increased as expectations for a taper have grown over recent weeks.

"With the recovery in its infancy, the Committee will probably confirm the current £4.4BN weekly pace of asset purchases for the immediate future," says Hann-Ju Ho, Economist at Lloyds Bank.

At this pace the current tranche of £150BN would be completed by early November.

Therefore either the BoE boosts the size of the current quantitative easing envelope or announces a more aggressive taper later in the year if it opts to keep the pace of purchases unchanged at the May meeting.

"At the March meeting, the BoE signalled that asset purchases would continue until the end of 2021, pointing to the need to slow their pace, but most likely later in the year," says Ho.

But TD Securities say there is a 20% chance the BoE opts to resolve the problem it faces by boosting the size of the quantitative easing envelope.

"There is also a strong chance that the MPC comes to a decision on the future of QE at the May meeting, in which case we look for a £90bn increase in the APP, so it can continue the current £60bn/quarter purchase pace through to the end of the year," says Jacqui Douglas, Chief European Macro Strategist at TD Securities.

Rumpeltin says such an outcome now appears to be relatively bearish for the Pound.

Under such a scenario, GBP/USD could move back down to 1.3775 from current levels at 1.39 forecasts Rumpletin. 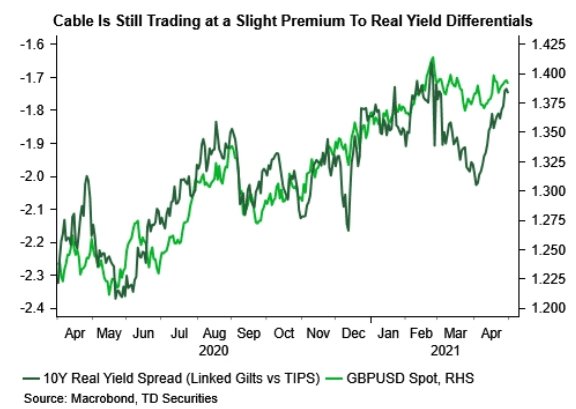 "The G10FX beta to central banks seems fairly low now, suggesting a muted reaction to our base case as investors roll expectations forward to June. Otherwise, we see a greater sensitivity on the dovish side as some participants already anticipate a taper this month," says Rumpeltin.

What would happen if the BoE did oblige the 'hawks' and chose to taper its programme?