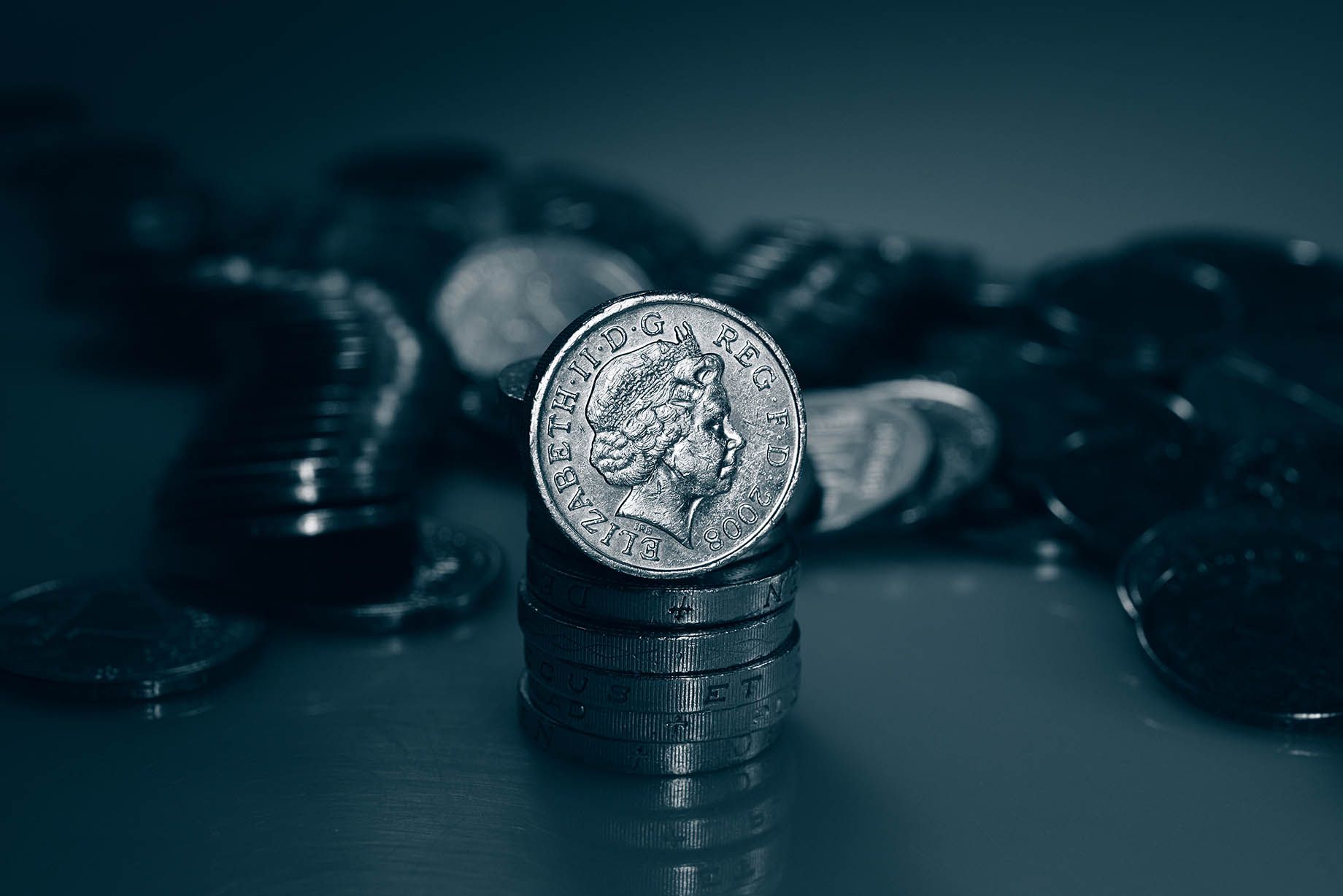 The Pound fell against most major rivals Wednesday and was already scraping the bottom of the major currency barrel for 2021, although many analysts still expect a recovery against the Dollar and Euro to play out later in the year.

Pound Sterling edged higher against the safe-haven Swiss Franc and Japanese Yen in what was a favourable market for risky currencies, as investors celebrated a routing of the Republican Party in the U.S. Congress which has been widely perceived as a negative omen for the U.S. Dollar and aughur of upside for other currencies and assets.

But Sterling was otherwise mired in the red against all other cpmparable rivals and had ceded ground to every major currency thus far in 2021 as a new coronavirus-inspired 'lockdown' weighed on the British unit after conspiring with uncertainty about what post-Brexit trade arrangements will mean for the economy in the longer-term.

Despite Sterling's soft start, analysts still harbour expectations that the Pound will do better this year than it did in 2020 in at least some respects. Sterling ended last year knee-deep in losses against all majors except the Norwegian Krone and U.S. as well as Canadian Dollars.

"With the new variant of COVID-19, tighter and longer lockdowns in the UK, a Brexit deal done but little gained and the UK housing market potentially cooling off as the cut in stamp duty ends, it’s hard to be highly optimistic in the short term on growth. But the view on Q1 GDP doesn’t necessarily translate into trading GBP," says Jordan Rochester, a strategist at Nomura. "The vaccine rollout has been slower than hoped, but that still doesn’t change our view and hopes that this is the last winter of lockdowns." 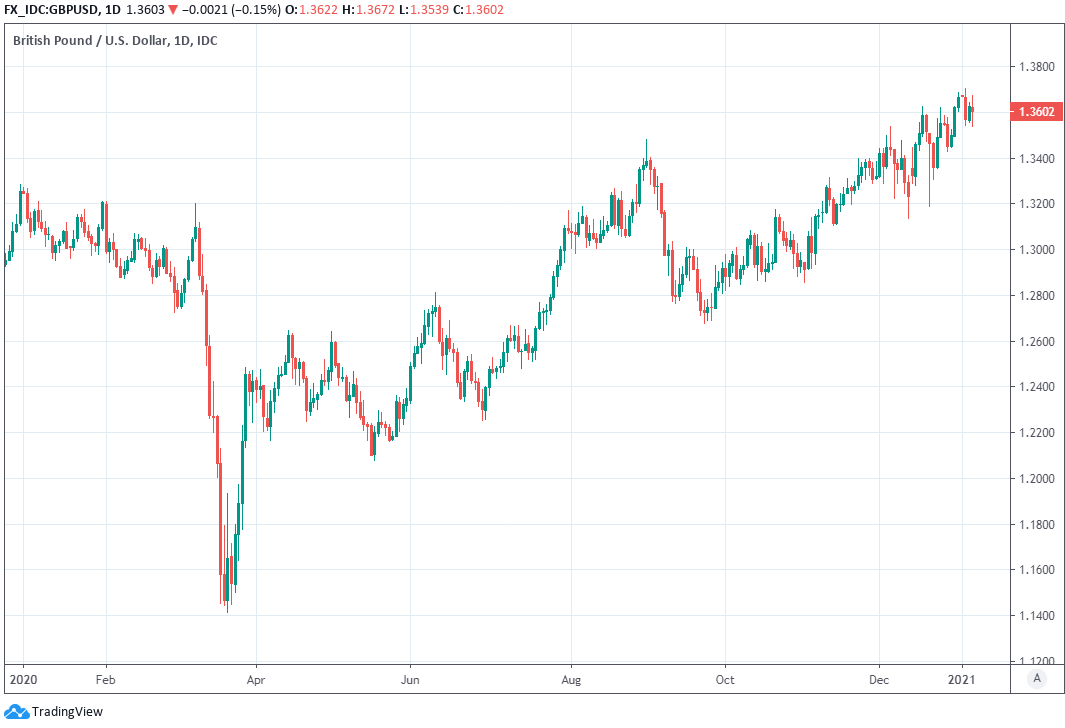 Nomura forecasts the Pound-to-Dollar rate will end 2021 at 1.45 while the Pound-Euro rate comes to rest at 1.1363, both reflecting increases but with the latter also representing a turnaround in the wake of last year's decline. Key to lingering recovery expectations is the UK's large order book for coronavirus vaccines, which is the second largest in the world behind only Canada's.

This and the comparatively greater damage sustained by Britain's services-heavy economy is widely expected to make for a sooner and stronger recovery than those seen elsewhere.However, and in addition, the Nomura team also scope for Sterling to enjoy a Brexit-related tailwind now that negotiations have averted a 'no deal' Brexit cliffedge and resulted in continued tariff-free trade arrangements between the two sides.

This means that further steep and inflationary falls comparable with those suffered by the Pound after the 2016 referendum have been warded off for the time being at least, and also that consumer prices will not be lifted by a sudden imposition of new import tariffs on goods originating from inside the EU. As a result, investors' expectations for inflation could fall in the months ahead, which would lift Sterling's 'real yield' and potentially make the currency more attractive or simply less unattractive to the market.

"Our central view is that the pound can make up some ground vs the EUR in the latter part of the year  in line with an expected rebound in UK growth. However, the coming months could still bring plenty of hurdles," says Jane Foley, a senior FX strategist at Rabobank. "The length of the lockdown in the country will exacerbate existing concerns about scarring in the economy and concerns about a rapid rise in unemployment once the government’s furlough scheme comes to an end in April." 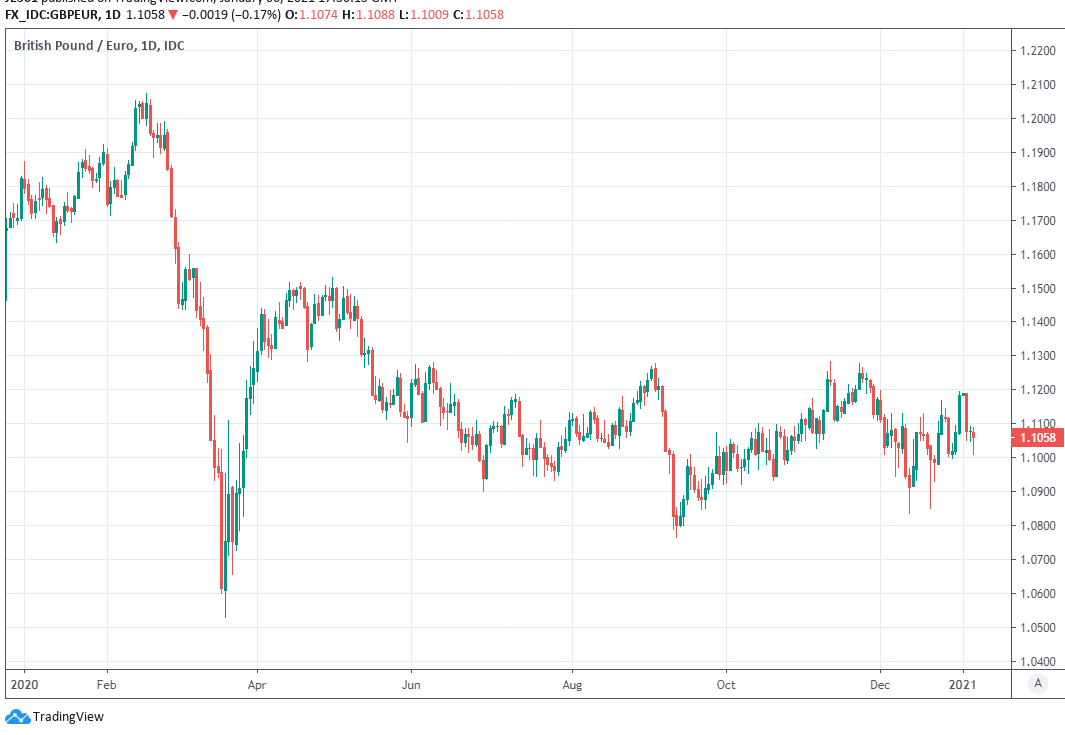 Foley and the Rabobank team also tip Sterling for gains over a universally out-of-favour U.S. Dollar in 2021 and are looking for the Pound-Euro rate to end the year close to 1.15, some way above Wednesday's 1.11 level. But they've also warned that in the short-term the road ahead could be bumpy as the economy grapples with the new 'lockdown' and investors fret about the risk of a possible Bank of England (BoE) decision to cut its 0.10% Bank Rate below zero.

Prime Minister Boris Johnson implied in a statement to parliament on Tuesday that 'lockdown' could be extended to the end of March, whereas when it was first announced the embattled leader had suggested it would run until only the middle of the February. The net effect will inevitably be an even steeper first-quarter contraction in GDP and a larger bill for taxypaer support to affected companies and workers that could ensure the Pound remains an underperformer in the short-term.

Bank of England Governor Andrew Bailey gave no obvious clues about what, if anything, the Monetary Policy Committee is likely to do in response to the new measures when telling parliament's Treasury Select Committee on Wednesday afternoon that the country should not become a so-called ruletaker beholden to EU rules in relation to its financial services sector. There is a number of countries that have expiremented with negative interest rates, which just like any interest rate cut are normally corrosive of a currency's value with investors, although there aren't any which run deficits as large as the UK's when it comes to the national budget and balance of payments.

As a result, and along with the coronavirus, a possible BoE decision to push ahead with a negative interest rate policy is one of the big risks and potential pitfalls to litter the first-quarter path for the UK economy and currency in 2021. 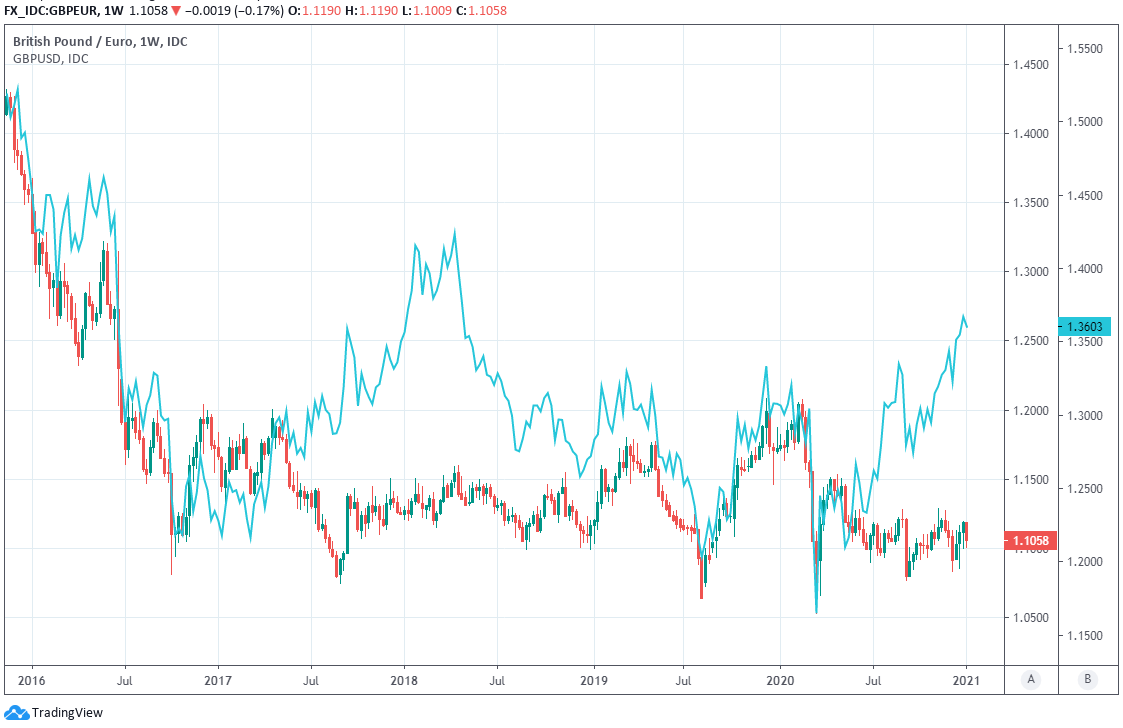