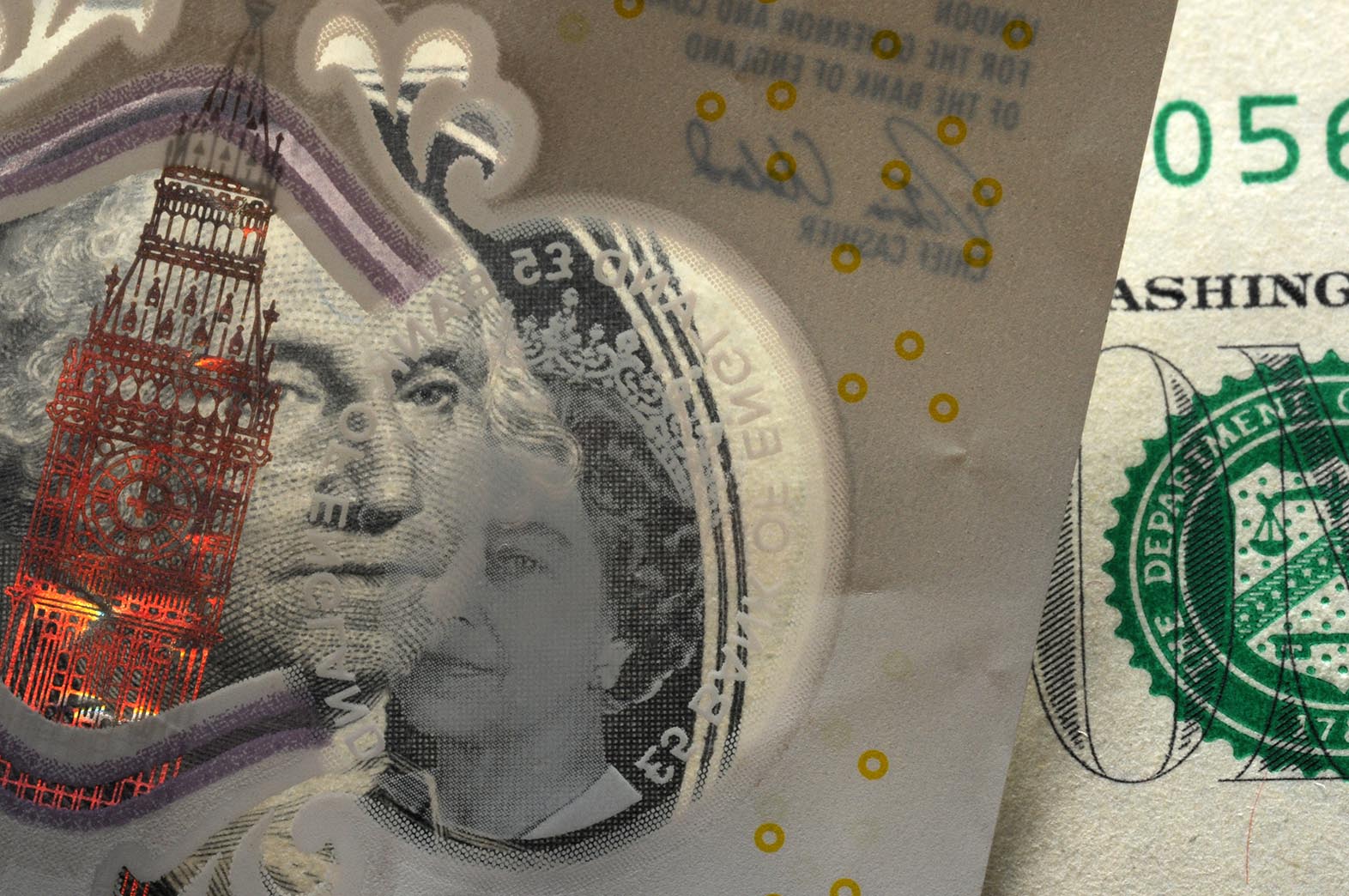 The Pound shot higher against the Dollar, Euro, Australian Dollar and the majority of the G10 fX suited, apart from the Swedish Krona. However, August has seen this outperformance give way to underperformance: 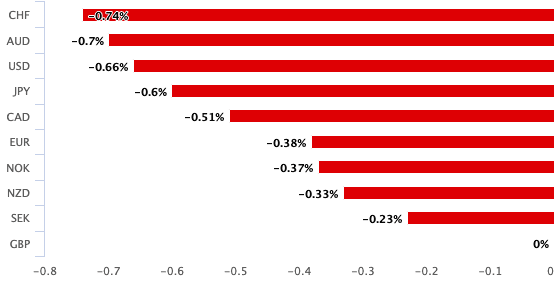 Anyone scratching around for reasons will be perplexed by the moves as there was no single trigger to prompt the late-July gains and likewise there is no trigger to explain the losses seen in early August. We noted at the time that the gains had left some foreign exchange analysts and commentators perplexed, as typically an economic data release or news event would deliver gains of the magnitude witnessed in Sterling.

However, Brent Donnelly, a trader for HSBC in New York has identified the probable cause to be month-end flows linked to the performance of U.S. stock markets. 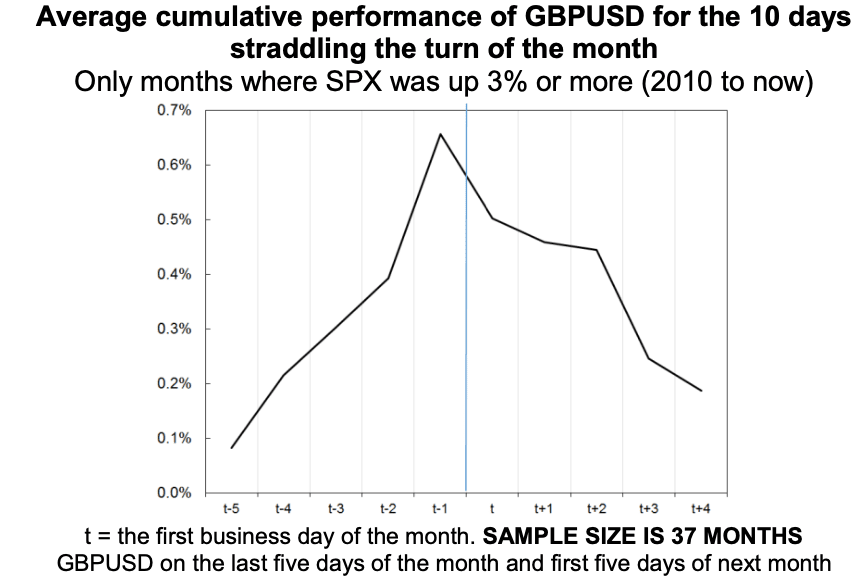 The reverse is true once month-end has passed, which will explain the current weakness we are seeing right across the Sterling strip.

"There are not many persistent short-term market inefficiencies (because they get arbed away) but GBP around the turn of the month has worked more often than it has not worked back to the days when I was a Lehman Brothers employee," says Donnely.

The S&P 500 rose 5.51% in July 2020, fulfilling the criteria identified by Donnelly for Sterling to rise in the days before month end and revert back following month-end.

The below chart - the GBP/USD four hour chart - shows the pattern identified in chart 2 to indeed be playing out: 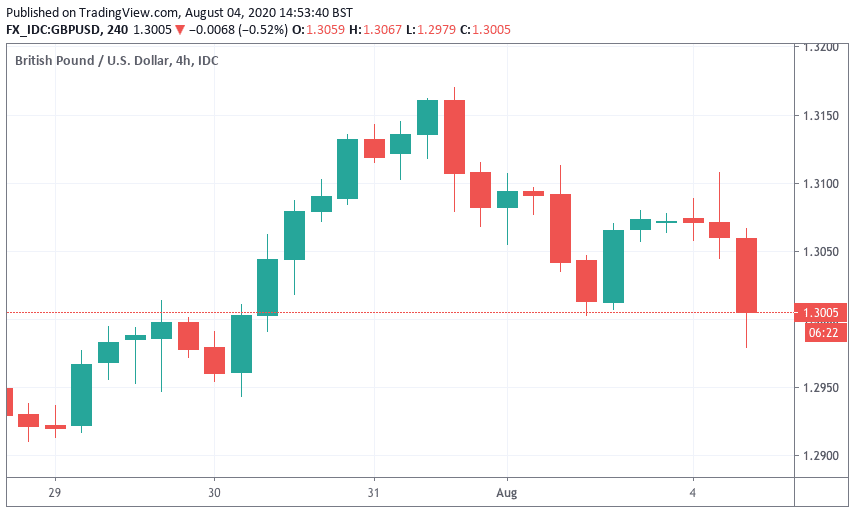 But why would the Pound embark on such behaviour?

"This predictable pattern emerges as SPX strength means foreign holders of US equities who hedge need to sell USD at the end of the month to match the increased value of their SPX holdings. This hedging pushes GBP out of equilibrium with the peak of disequilibrium at around 11 a.m. on the last day of the month. Then, as the new month starts and the buying disappears, the pair mean reverts," adds Donnelly.

Further weakness is therefore likely over coming days as Sterling reverts back to previous levels, but we would remind readers that Thursday brings with it the Bank of England's monetary decision where any surprises could spark some volatility in the currency.

The big driver of Sterling in 2020 does however remain Brexit trade negotiations, which are expected to deliver some kind of clear conclusion in October when an EU summit will be convented to try and deliver a final breakthrough. Expect nerves to rise ahead of this date which should keep Sterling under pressure in the near future.

Concerning forecasts for the Pound, we have published some widely divergent views of late: Bank of America analysts say Sterling is to undergo a structural shift lower, as a result they have slashed their forecasts for the currency.

Analysts at Citibank are meanwhile more sanguine on the currency and say further near-term strength is possible, their views can be found here.